Russians help Iran with missile threat to EuropeBy Con Coughlin(Filed: 16/10/2005) Former members of the Russian military have been secretly helping Iran to acquire technology needed to produce missiles capable of striking European capitals. The Russians are acting as go-betweens with North Korea as part of a multi-million pound deal they negotiated between Teheran and […] 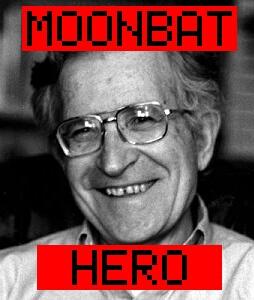 Chomsky named top intellectual: British poll Chomsky was unimpressed with the honour, telling The Guardian newspaper that polls were something “I don’t pay a lot of attention to,” adding that “it was probably padded by some friends of mine.” Probably? How else could someone with such a deeply flawed view of economics who says patently […]

Ohio Residents Clash With Neo-Nazi GroupNews and Wire ReportsOct. 16, 2005 They got "exactly what they wanted," said Ford, who had urged the community to ignore the Nazis. He said the group goes from community to community spreading hatred and sparking fights. "Based on the intelligence we received, that’s exactly what they do – they […]

Zawahiri Letter Shows Iraq’s Importance to al-Qaeda’s JihadOctober 07, 2005 First, the letter shows the al-Qaeda leadership’s increasing sensitivity to public opinion. Zawahiri writes of the importance of popular support for al-Qaeda, and rebukes Zawahiri for the Iraq insurgency’s “brutal tactics — noting that hostages can just as effectively be killed with bullets rather than […]