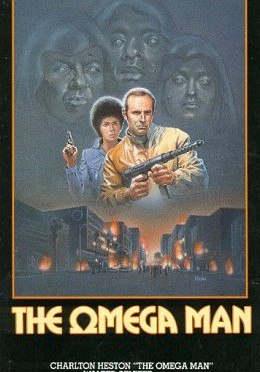 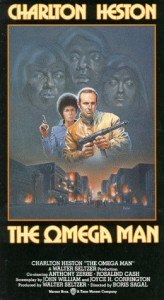 Let me back up a little. About a year or two ago, I became president of the National Rifle Association, which protects the right to keep and bear arms of American citizens. I ran for office. I was elected, and now I serve. I serve as a moving target for the media who’ve called me everything from “ridiculous” and “duped” to a “brain-injured, senile, crazy old man.” I know, I’m pretty old, but I sure Lord ain’t senile.

As I’ve stood in the crosshairs of those who target Second Amendment freedoms, I’ve realized that firearms are — are not the only issue. No, it’s much, much bigger than that. I’ve come to understand that a cultural war is raging across our land, in which, with Orwellian fervor, certain accepted thoughts and speech are mandated.

For example, I marched for civil rights with Dr. King in 1963 — and long before Hollywood found it acceptable, I may say. But when I told an audience last year that white pride is just as valid as black pride or red pride or anyone else’s pride, they called me a racist.

I’ve worked with brilliantly talented homosexuals all my life — throughout my whole career. But when I told an audience that gay rights should extend no further than your rights or my rights, I was called a homophobe.

I served in World War II against the Axis powers. But during a speech, when I drew an analogy between singling out the innocent Jews and singling out innocent gun owners, I was called an anti-Semite.

Everyone I know knows I would never raise a closed fist against my country. But when I asked an audience to oppose this cultural persecution I’m talking about, I was compared to Timothy McVeigh.

From Time magazine to friends and colleagues, they’re essentially saying, “Chuck, how dare you speak your mind like that. You are using language not authorized for public consumption.”

But I am not afraid. If Americans believed in political correctness, we’d still be King George’s boys — subjects bound to the British crown.

He followed with a series of anecdotes typifying the absurdities of our times. Then he continued:

Now, what does all of this mean? Among other things, it means that telling us what to think has evolved into telling us what to say, so telling us what to do can’t be far behind. Before you claim to be a champion of free thought, tell me: Why did political correctness originate on America’s campuses? And why do you continue to — to tolerate it? Why do you, who’re supposed to debate ideas, surrender to their suppression?

Let — Let’s be honest. Who here in this room thinks your professors can say what they really believe? (Uh-huh. There’s a few….) Well, that scares me to death, and it should scare you too, that the superstition of political correctness rules the halls of reason.

You are the best and the brightest. You, here in this fertile cradle of American academia, here in the castle of learning on the Charles River. You are the cream. But I submit that you and your counterparts across the land are the most socially conformed and politically silenced generation since Concord Bridge. And as long as you validate that and abide it, you are, by your grandfathers’ standards, cowards.

Here’s another example. Right now at more than one major university, Second Amendment scholars and researchers are being told to shut up about their findings or they’ll lose their jobs. But why? Because their research findings would undermine big-city mayors’ pending lawsuits that seek to extort hundreds of millions of dollars from firearm manufacturers.

Now, I don’t care what you think about guns. But if you are not shocked at that, I am shocked at you. Who will guard the raw material of unfettered ideas, if not you? Democracy is dialogue. Who will defend the core values of academia, if you, the supposed soldiers of free thought and expression lay down your arms and plead, “Don’t shoot me.”

Don’t let America’s universities continue to serve as incubators for this rampant epidemic of new McCarthyism. That’s what it is: New McCarthyism. But, what can you do? How can anyone prevail against such pervasive social subjugation?

Heston spoke in liberal terms and accepted their conventional wisdom on McCarthy and MLK. Even so he could not help but notice and point out the symptoms of our rotten politically correct anti-White regime. He, in person and under his own name, called on future leaders to oppose it.

No wonder he was smeared and ridiculed in his twilight years.

(I haven’t read the book on which the movie Omega Man was based, but I’m guessing the race-mixing was a Hollywood addition. Just a wild guess.)