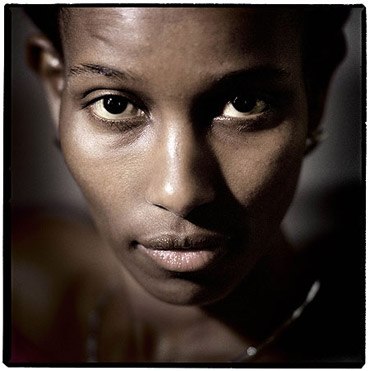 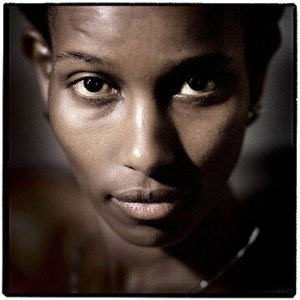 I am prompted to write in response to this question from whodareswings:

I’m wondering why you have a link to Hersi Ali. Isn’t she at the American Enterprise Institute working for them now? And isn’t AEI a neocon outfit? And aren’t neocons the enemies of White nationalists? Why have you given this Somali feminist “change agent” a pass?

I listen to many people. In spite of the fact that many have worldviews that conflict with each other or with my own they often expose me to opinions I consider valuable. What I value most is truth. What I value about Hirsi Ali is the truth she speaks.

I have not read everything Hirsi Ali has ever said, but I am not aware of any lies. She does not pretend to be what she is not. Lawrence Auster, in contrast, is no friend of neocons. He often speaks truth, but like neocons he pretends to care about the West when what concerns him most is what is good for jews.

From an interview Hirsi Ali did with Reason in November 2007, titled The Trouble Is the West:

Reason: Should we acknowledge that organized religion has sometimes sparked precisely the kinds of emancipation movements that could lift Islam into modern times? Slavery in the United States ended in part because of opposition by prominent church members and the communities they galvanized. The Polish Catholic Church helped defeat the Jaruzelski puppet regime. Do you think Islam could bring about similar social and political changes?

Hirsi Ali: Only if Islam is defeated. Because right now, the political side of Islam, the power-hungry expansionist side of Islam, has become superior to the Sufis and the Ismailis and the peace-seeking Muslims.

Hirsi Ali: No. Islam, period. Once it’s defeated, it can mutate into something peaceful. It’s very difficult to even talk about peace now. They’re not interested in peace.

Reason: We have to crush the world’s 1.5 billion Muslims under our boot? In concrete terms, what does that mean, “defeat Islam”?

Hirsi Ali: I think that we are at war with Islam. And there’s no middle ground in wars. Islam can be defeated in many ways. For starters, you stop the spread of the ideology itself; at present, there are native Westerners converting to Islam, and they’re the most fanatical sometimes. There is infiltration of Islam in the schools and universities of the West. You stop that. You stop the symbol burning and the effigy burning, and you look them in the eye and flex your muscles and you say, “This is a warning. We won’t accept this anymore.” There comes a moment when you crush your enemy.

Hirsi Ali: In all forms, and if you don’t do that, then you have to live with the consequence of being crushed.

Reason: So when even a hard-line critic of Islam such as Daniel Pipes says, “Radical Islam is the problem, but moderate Islam is the solution,” he’s wrong?

Hirsi Ali is a clear and articulate anti-islam iconoclast – one of the few of an extremely rare breed. What she says about islam is not only the unvarnished truth, without any PC dithering, it is far beyond what the vast majority of neocons (or White nationalists for that matter) have the courage to say.

From her review of Lee Harris’ book Civilization and Its Enemies: The Next Stage of History:

The second fanaticism that [Lee] Harris identifies is one he views as infecting Western societies; he calls it a “fanaticism of reason.” Reason, he says, contains within itself a potential fatality because it blinds Western leaders to the true nature of Islamic-influenced cultures. Westerners see these cultures merely as different versions of the world they know, with dominant values similar to those espoused in their own culture. But this, Harris argues, is a fatal mistake. It implies that the West fails to appreciate both its history and the true nature of its opposition.

Nor, he points out, is the failure linked to a particular political outlook. Liberals and conservatives alike share this misperception. Noam Chomsky and Paul Wolfowitz agreed, Harris writes, “that you couldn’t really blame the terrorists, since they were merely the victims of an evil system — for Chomsky, American imperialism, for Wolfowitz, the corrupt and despotic regimes of the Middle East.” That is to say, while left and right may disagree on the causes and the remedies, they both overlook the fanaticism inherent in Islam itself. Driven by their blind faith in reason, they interpret the problem in a way that is familiar to them, in order to find a solution that fits within their doctrine of reason. The same is true for such prominent intellectuals as Samuel Huntington and Francis Fukuyama.

Harris does not regard Islamic fanaticism as a deviancy or a madness that affects a few Muslims and terrifies many. Instead he argues that fanaticism is the basic principle in Islam. “The Muslims are, from an early age, indoctrinated into a shaming code that demands a fanatical rejection of anything that threatens to subvert the supremacy of Islam,” he writes. During the years that this shaming code is instilled into children, the collective is emphasized above the individual and his freedoms. A good Muslim must forsake all: his property, family, children, even life for the sake of Islam. Boys in particular are taught to be dominating and merciless, which has the effect of creating a society of holy warriors.

By contrast, the West has cultivated an ethos of individualism, reason and tolerance, and an elaborate system in which every actor, from the individual to the nation-state, seeks to resolve conflict through words. The entire system is built on the idea of self-interest. This ethos rejects fanaticism. The alpha male is pacified and groomed to study hard, find a good job and plan prudently for retirement: “While we in America are drugging our alpha boys with Ritalin,” Harris writes, “the Muslims are doing everything in their power to encourage their alpha boys to be tough, aggressive and ruthless.”

The West has variously tried to convert, to assimilate and to seduce Muslims into modernity, but, Harris says, none of these approaches have succeeded. Meanwhile, our worship of reason is making us easy prey for a ruthless, unscrupulous and extremely aggressive predator and may be contributing to a slow cultural “suicide.”

Hirsi Ali’s critiques of islam and the West are, in my opinion, accurate. Once again, contrast her with a charlatan like Chomsky.

Whether Hirsi Ali is a feminist, an african, or an immigrant is beside the point. She is not a charlatan. At some point she will realize, as I did, that the progressivist globalists, the West’s leftist-plutocrat alliance, don’t see any fundamental incompatibility between themselves and islam. That they’re helping subvert the West and establish a worldwide caliphate. That pundits like Pipes, Chomsky, and Wolfowitz are gatekeepers. That they help channel public opinion and define the bounds of legitimate discussion primarily in the best interests of jews, not the West, and certainly not Europeans or somalis.

If she comes to this realization before she dies I think she’ll have the courage to say it out loud. After facing muslims and their bloody knives I can’t believe she would fear politically correct liberals and their bloody lies. They’ll defund her, they’ll call her crazy, they’ll threaten her with hate crimes. Then we’ll know she has really put her finger on what troubles the West.

7 thoughts on “The Value of Ayaan Hirsi Ali”