The Multiculturalists’ Anti-Anti-Terror WarBy Rabbi Aryeh SperoHuman Events | August 15, 2005 They pontificate for the human rights of others — especially the enemy — more than for our own because that highlights, in their mind, how much more noble they are than the rest of us — morally superior to you and me. . […]

A Letter to All Who Voted for George W. Bush from Michael Moore: I really want to know — and I ask you this in all sincerity and with all due respect — how do you feel about the utter contempt Mr. Bush has shown for your safety? C’mon, give me just a moment of […] 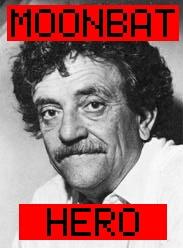 Excerpts from a transcript of “Real Time With Bill Maher” September 9, 2005: MAHER: Well, I’m thrilled you’re here. When all this went down the last couple of weeks, you know, a flood is kind of biblical, and I thought, let’s get someone on here who can – who has really seen it all, and […]

FLIGHT 93 MEMORIAL: FIGHTING BACKBy Michelle Malkin The Flight 93 MemorialThe Belmont Club The hijackers of Flight 93 were motivated by deeply held Islamic beliefs. Misguided or not they considered themselves Jihadis. Soldiers of Allah. They went down screaming “Allahu Ackbar”. This was not four guys out to make some money who just happened to […]