Mark Steyn: Islamist way or no wayOctober 04, 2005 I found myself behind a car in Vermont, in the US, the other day; it had a one-word bumper sticker with the injunction “COEXIST”. It’s one of those sentiments beloved of Western progressives, one designed principally to flatter their sense of moral superiority. The C was […]

The Forbidden HistoryA Review of The Legacy of Jihad. Islamic Holy War and the Fate of Non-Muslims edited by Andrew G. Bostom.Bruce Thornton Attempts to reformulate the doctrine of jihad have been going on for a century, but with scant success, for such redefinitions fly in the face of centuries of orthodoxy. On this issue, […] 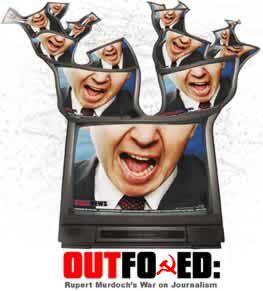 Say you think Fox News is politically biased and uses slick techniques to hoodwink viewers. They have the gall to call it "news". What do you do? Robert Greenwald interviewed some politically biased friends and used slick techniques to hoodwink viewers. He has the gall to call it a "documentary". The interviewees include Noam Chomsky […]

The Noble Cause miserable traitors can’t see, and more, in three parts: An Islamist threat like the Nazis, Needed: Old war spirit in a new war, and At war with an enemy of an unspoken name. By Tony BlankleyTHE WASHINGTON TIMESSeptember 12, 2005 Europe’s effort at cultural tolerance since World War II slowly morphed into […]

Anatomy of a Photograph The San Francisco Chronicle featured the original photograph on its front page in order to convey a positive message about the rally — perhaps that even politically aware teenagers were inspired to show up and rally for peace, sporting the message, “People of Color say ‘No to War!’” And that served […]