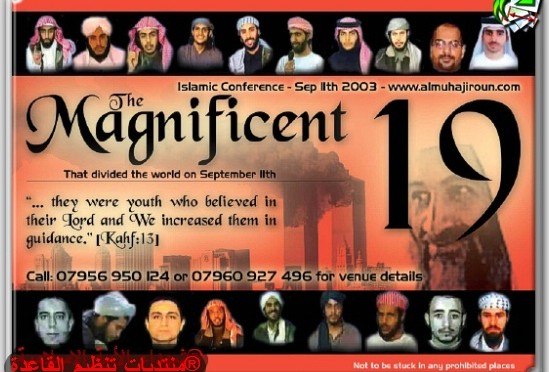 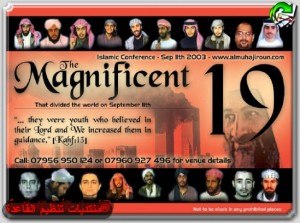 Is there anything more hypocritical than the New York Times complaining about 9/11 tributes?

Again it comes, for the sixth time now — 2,191 days after that awful morning — falling for the first time on a Tuesday, the same day of the week.

Again there will be the public tributes, the tightly scripted memorial events, the reflex news coverage, the souvenir peddlers.

Is all of it necessary, at the same decibel level — still?

Each year, murmuring about Sept. 11 fatigue arises, a weariness of reliving a day that everyone wishes had never happened. It began before the first anniversary of the terrorist attack. By now, though, many people feel that the collective commemorations, publicly staged, are excessive and vacant, even annoying.

The virulently anti-American NYT and their loyal readership of holier-than-thou world-saving bleeding-hearts don’t have any problem celebrating the anniversaries of Abu Ghraib. In fact they don’t need any anniversary as an excuse to pay it tribute. Every day, several times a day. Umpteen days and counting.

Even more frequently the media concocts and then marks a fresh grim milestone of casualties in Iraq. For some reason they and their readers never bore watching a counter tick up.

There is something I am fatigued with however that I wish the NYT, or anybody with a national soapbox for that matter, would address. That would be the widespread denial of the Jihad, the immigration invasion, and how the two are related.

In the few short years since 9/11 the West has suffered several serious attacks and preempted many more. We have seen enough to recognize a general pattern:

A) The attackers are Muslim. Their rhetoric and rationale arise directly from Islam. They consider themselves jihadis (holy warriors) waging jihad (holy war) in service of their faith.

B) Their organizations are decoupled and command is decentralized. They are legion and they answer to no single man or nation state.

C) They deliberately infiltrate areas they do not control to wage guerilla war and gain control.

On all these points our leaders and the media feed us lies. Why do they try so hard to obscure these objective facts?

First of all they use the generic word “terror”. As in “terror attacks” perpetrated by “terrorists”. This would be fine if we were faced with a variety of unrelated people working toward a variety of purposes. The threat this situation would pose might then be most accurately described as “terror”. On the contrary, the clear and common purpose in all the high-profile attacks (of which 9/11 was only the most severe) is jihad and the attackers are jihadis. If we used the proper words to describe what is really happening, The War on Terror would instead be called The West’s Inept and Incomplete Attempt to Counter the Jihad.

Second, whenever a travesty occurs the authorities and talking heads stumble over themselves to quickly assure the public that it couldn’t possibly have been a terrorist attack. What’s obviously impossible is that they could be so certain of that so quickly.

Then, as soon as the facts indicate it is an attack, the very next thing we hear are questions whether the attackers were tied directly to Al Qaeda. If they aren’t card-carrying Al Qaeda, the thinking seems to be, then the attack has nothing to do with 9/11. Ergo there’s nothing to worry about, it’s just another random terror attack in no way whatsoever related to that imaginary War on Terror. Decentralization, infiltration, and other sneaky tricks are classic jihadi tactics. They are also the best means the jihadis have at the moment to attack the West. If our talking heads studied Islam, or history, or the history of Islam they might know and share this information instead of spreading the mistaken idea that these jihadi attacks are random.

When the attackers turn out to be undeniably Muslim, the next thing we hear is how they are “home grown” – a description directly at odds with reality. Virtually nothing about Islam or its jihad philosophy has its roots in the West, and the jihadis perpetrating these jihad attacks are predominantly here on visas or are the children of immigrants. They are often here illegally. The only thing “home grown” about these attacks is perhaps their planning and funding.

Finally we hear, for the zillionth time, the “terrorists are a tiny minority” lie. They hate us. We know they hate us. And still our leaders let them come here. Still our leaders deny that a wide open Mexican border makes no sense, not only because it allows in a flood of poor, uneducated, unskilled, reconquista-seeking Mexicans, but also because the jihadis can so easily join them. After so much terror perpetrated by Muslim immigrants why do our leaders continue to insist that multiculturalism, diversity, and immigration are good? Doesn’t diversity just make it harder to spot them? Doesn’t multiculturalism just make us hate and distrust each other? How much would it cost the West to eject all Muslims? At what point will it become clear that the costs of pretending that we need alien Muslims with heads full of hate walking among us and the internal security we require to defend against them far outweigh any contribution they make?

I think these thoughts every time I take my shoes off at the airport, every time I look around and see myself surrounded by aliens, and every time the news starts buzzing with the latest travesty. I’m getting pretty fatigued.

Note: I downloaded the image above several years ago from a jihadi site discovered by Tracking Al Qaeda, an amateur obviously more skilled and motivated to expose the truth of the jihad than the NYT or anyone else in the mendacious MSM.

10 thoughts on “Time to Celebrate Fatigue”