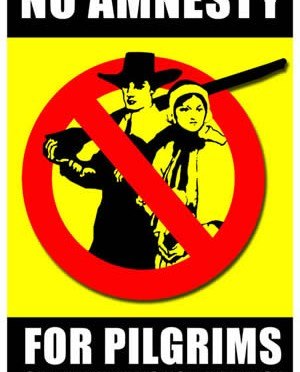 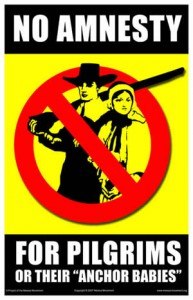 Steve Sailer wrote an article reflecting on what makes for interesting predictions. I was motivated to make a long comment which instead turned into this post.

I’d like to know why so many predictions of the Latino population in 2050 are in the news. We’re told these predictions can be made with confidence because of trends in birth rates. However, this is patently false.

Imagine the utter absurdity of predicting, in the 1950s, what US demographics would look like today. Back then the country was roughly 90% white and 10% black. The trend was toward something like 85% white and 15% black. Less than 2% of the military during WWII (300K out of 16M) was Mexican American. Up until 1980 Latino numbers were so small the census didn’t include a category for them.

Realizing the absurdity of predicting populations 50 years in the future, in spite of the trendy trends, makes me wonder why exactly anyone would be trumpeting such predictions now with the benefit of this hindsight. Especially in this case, where the focus on birth trends neglects the factor that invalidated extrapolations from the 1950s: immigration. Who knows what future immigration will bring? Besides that, official statistics massively undercount the mostly Latino illegal invaders. The predictions also disingenuously focus on majority status rather than when you-know-who will outnumber you-know-who. In a multicultural society like the one being forced down our throats that’s what really counts. In light of all these factors the prediction that should be in the news is for a Latino plurality in 2020!

So what’s behind the population prediction misinformation? Here’s what I think:

Let the Pilgrims know what’s happening, because after all we can hardly deny it, they have eyes. Convince them however that it is inevitable, but also so far off it won’t matter to them personally. In this way we can reconquer Aztlan (and perhaps more!) and do it in a single generation. Viva Raza!

To my fellow Americans I say: this isn’t inevitable. It doesn’t have to be. We don’t have to accept “a path to citizenship” for millions of invaders. They’re afraid we’ll wake up before they’ve pushed beyond the point of no return. Our backs are up against a wall. We can wake up and fight back – or we’ll watch ourselves and everything that was great about this country get washed away by Turd Worlders and replaced with one or more banana republics with rule alternating between narco-crime gangs, death squads, and mobs – just like the rest of Latin America.

Read here what our new overlords have in store for us. That’s also the source of the image above.

Postscript: Shortly after writing this I discovered Vanishing American made a recent post questioning the wisdom of mass immigration. Besides pointing out the outrageous cost of cheap labor she linked to an excellent article by Srdja Trifkovic titled Half a Billion “Americans”? I found the comments there grim but oddly reassuring. It seems there are more and more people who see what’s going on and are willing to speak against it.

PPS: Note the new Search fields to the right. The one labeled "Age of Treason" searches just this site. The one labeled "AoT Links" searches all the domains linked under Pundits and Right. I used it to find the Limits to Growth story from which I shamelessly stole the WWII links above. I remembered reading it but couldn’t find it again because generic Google often returns boatloads of disinformation, especially for jihad- and immigration-related searches. Problem solved.