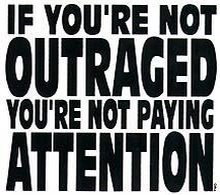 Activists and dissidents should understand that evil forces and tyrannical governments have evolved. Just as human knowledge and science expand, so do the strategies and instruments used by rulers, elites and plutocrats. By learning from history and using new technology, they have smarter tools of tyranny. The best ones prevent uprisings, revolutions and political reforms. Rather than violently destroy rebellious movements, they let them survive as marginalized and ineffective efforts that divert and sap the energy of nonconformist and rebellious thinkers. Real revolution remains an energy-draining dream, as evil forces thrive.

Most corrupt and legally sanctioned forms of tyranny hide in plain sight as democracies with free elections. The toughest lesson is that ALL elections are distractions. Nothing conceals tyranny better than elections. Few Americans accept that their government has become a two-party plutocracy run by a rich and powerful ruling class. The steady erosion of the rule of law is masked by everyday consumer freedoms. Because people want to be happy and hopeful, we have an epidemic of denial, especially in the present presidential campaign. But to believe that any change-selling politician or shift in party control will overturn the ruling class is the epitome of self-delusion and false hope. In the end, such wishful thinking perpetuates plutocracy. Proof is that plutocracy has flourished despite repeated change agents, promises of reform and partisan shifts.

The tools of real rebellion are weak. Activists and dissidents look back and see successful rebellions and revolutions and think that when today’s victims of tyranny experience enough pain and see enough political stink they too will revolt. This is wrong. They think that the Internet spreads information and inspiration to the masses, motivating them to revolt. This is wrong. They await catastrophic economic or environmental collapse to spur rebellion. This too is wrong.

Why are these beliefs wrong? Power elites have an arsenal of weapons to control and manipulate social, political and economic systems globally: corruption of public officials that make elections a sham; corporate mainstream media that turn news into propaganda; manipulation of financial markets that create fear for the public and profits for the privileged; false free trade globalization that destroys the middle class; rising economic inequality that keep the masses time-poor and financially insecure; intense marketing of pharmaceuticals that keep people passive; and addictive consumerism, entertainment and gambling that keep people distracted and pacified.

The biggest challenge for dissidents and rebels is to avoid feel-good therapeutic activism having virtually no chance of removing evil and tyranny. Idealism without practicality tactics without lofty goals, and symbolic protests pose no threat to power elites. Anger and outrage require great strategic thinking from leaders seeking revolution, not mere change. And social entrepreneurs that use business and management skills to tackle genuine social problems do nothing to achieve political reforms. To the extent they achieve results, they end up removing interest in overthrowing political establishments that have allowed the problems to fester.

What is the new tool of tyranny? Technological connectivity achieved through advanced communications and computer systems, especially the rise of wireless connectivity. The global message to the masses is simple: Buy electronic products to stay plugged in. Connectivity may give pleasure, but it gives even more power to elites, rulers and plutocrats. It allows them to coordinate their efforts through invisible cabals, to closely monitor everything that ordinary people and dissidents do, and to cooperatively and clandestinely adjust social, financial and political systems to maintain stability and dominance.

In this dystopian world, all systems are integrated to serve upper class elites and the corporate state, not ordinary people. When ordinary people spend their money to be more shackled to connectivity products, they become unwitting victims of largely invisible governmental and corporate oppressive forces. They are oblivious that their technological seduction exacerbates their political and economic exploitation. Though some 70 percent believe the country is on the wrong track, they fail to see the deeper causes of the trend. And if Americans were really happy and content with their consumer culture, then why are they stuffing themselves with so many antidepressants, sleeping pills and totally unhealthy foods? In truth, the vast majority of people are in denial about the rotten system they are trapped in (a.k.a. The Matrix). They are manipulated to keep hope alive through voting, despite the inability of past elections to stop the slide into economic serfdom.

Increasingly, the little-discussed phenomenon of economic apartheid ensures that elites live their lavish lives safely in physically separated ways. Concurrently, economic inequality rises, as the rich extract unusually high fractions of global wealth. When the rich get richer, the powerful get stronger. Does some economic prosperity trickles down to the poorest people? Perversely, the middle class is moved into the lower class. In this new physics of evil, wealth transfer is not from the rich to the poor, but from the middle class in wealthier countries to the poor in developing nations, where a few new billionaires join the global plutocracy.

Some data on economic inequality: The after-tax income of the top 1 percent of Americans rose 228 percent from 1979 through 2005, while middle class income remained flat over the last four decades. The richest 0.01 percent of earners made 5.1 percent of all income in 2005, up more than 300 percent from just 1.2 percent in 1960. Bad economic times like the present just exacerbate inequality. Even as most Wall Street companies lost billions in the subprime mortgage debacle after they had already made billions, they gave obscene bonuses to their employees: the average topped $180,000 for 2007, tripling the $61,000 in 2002. Scholars used to predict that high levels of economic inequality like we have today would lead to rebellion. But there are now insufficient tools and paths for rebellion, because the plutocracy has eliminated them. Instead, citizens are offered elections whose outcomes can be controlled and subverted by the ruling class.

The New World Order is getting what it wants: a stable two-class system, with the lower class serving the elitist upper class. The paradox is that along with rising economic inequality and apartheid is mounting consumerism and materialism that is used to pacify, distract and control the masses. That’s where easy credit and cheap products from low-wage nations are critical. The poor can have cell phones, 24-7 Internet access and increasingly cars, while the bejeweled upper class travel in private jets and yachts, vacation on private islands, and have several gated mansions maintained by servants and guarded by private police. We have a technologically advanced form of medieval society. It is working in the US and China and most other places. Elections just mask economic tyranny and slavery.

The ruling class knows how to maintain stability. Keep the masses distracted, fearful, brainwashed, insecure, and dependent on government and business sectors for survival. Train people to see themselves as relatively free consumers. Maintain the myth that ordinary people can become wealthy and join the ruling class, which theoretically is not impossible, but of no statistical significance for the masses.

Via News From The West.

39 thoughts on “Keeping the World Safe for Plutocracy”