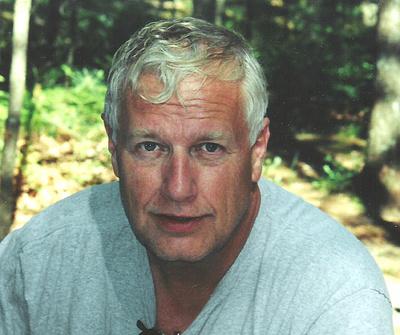 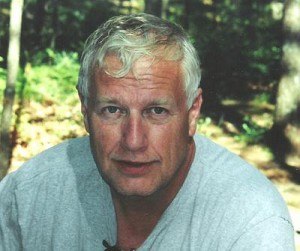 This post is dedicated to the discussion of an issue raised in the comments of Wikileaks, Israel, and Iran.

Readers are invited to provide evidence and arguments. Comments already made on the subject are reproduced here (clickable links and blockquoting added):

I don’t have the time these days to really read deeply on these stories and come to an educated view of my own but I have been impressed lately by the Veterans Today guys, Gordon Duff and Jeff Gates. They have a few analyses up already and I’d be inclined to give them more credence than most:

Peter B. Collins interview of Gordon Duff here from August:

The World According to Gordon Duff

In the first few minutes Duff goes into his and Gates’s background and talks about the backgrounds of the writers and sources for his site. It looks like something of a fight-back by patriotic elements within the intelligence services of various countries run by Jews for Jews.

I’m not sure about the fighting-back part. Duff states, right off the bat, that before 1993 he “was working for a nasty, unnamed government agency, writing the same kind of deceptive things I do today, apparently.” He then shares his suspicion that many of the VT writers and editors are on the payroll of intelligence agencies. Later he says half the staff are muslims and “the rest are jews”. He says he gets phone calls from Mossad people. He claims high level US military contacts and has tea regularly with the Pakistani/ISI elite.

Are these things true? If they are, how does this reconcile with the heretical things he says concerning jews and Israel? Why do these other people (except maybe the Pakis) not run away from him shrieking about his “hate”? He says Wikileaks is disinformation. I wonder if he and VT are disinformation.

And what to make of this: The Heretics’ Hour: Gordon Duff, Prescott Bush and the interview that wasn’t : Voice of Reason Broadcast Network?

How familiar are you with Duff’s work? Does he propound, as Yeager puts it at the end of her podcast, that “the nazis are now the zionists, the zionists are the nazis, there’s no difference between them, then they have the whole theory that the nazis and the zionists were conspiring back then, and they’re conspiring now, and that we can blame it all in the end on the nazis after all”?

It’s clear form the lists of editors and contributors posted at VT that nothing like half of the staff are Muslims or Jews, so I have to assume he’s talking figuratively there: VT has a lot of Muslim and Jewish input alongside Christian/regular American input. As to why a self-identifying Jew such as Alan Sabrosky would be involved with VT, well he has heretical views on Israel too (laying 9/11 at her feet), and presumably that’s true of the other Jews there. It’s not unprecedented, many writers at antiwar.com are Jewish and are content with or even add to its generally hostile view of Israel. And while VT writers are unusually critical of Israel I don’t think they really discuss the JQ in its essence a la MacDonald, say, who posts at Vdare and Alt.Right alongside ‘tolerant’ Jewish writers, despite his going deeper into forbidden territory than even Jeff Gates does.

What makes you think disinfo? What do you believe the aim of that disinfo may be? It seems to me the most likely effect of VT on its readers would be to undermine the imperial program, promote an America First foreign policy, and bring into light and focus criticism on the Israel lobby / War Party. If it’s disinfo rather than solid info it still would appear to be a project of rogue patriotic elements within the security services of the US and would-be allies.

I haven’t listened yet to Carolyn Yeager’s latest. Personality /style clash? Doesn’t Carolyn state on which of his comments or articles she bases her characterisation of Duff’s views?

I haven’t read anything by Duff suggesting that the Nazis are around today and running things in concert with the Zionists. (obviously ;) )

This is Duff’s main tactic; make White America the real guilty party in this chess game.

That last show of Yeager’s didn’t discuss Duff or his views much, focusing more on a representative article about the alleged connections between US bankers including Prescott Bush and the TR. She’ll tackle Duff next week she says. I like them both so I’m inclined to think it was more a misunderstanding than anything else, Duff too quick to dismiss her when Yeager, perhaps in retrospect ill advised, pretended never to have heard the stories Duff had every right to expect she’d be familiar with. As Yeager says, those stories are pretty hard to avoid.

Anonymous on Duff … bullshit! Duff hosts only one writer, Michael Leon, with any pronounced tendency to talk about race in a standard thus anti-White way. And comments are not censored — you’re free to disagree.

And I seem to recall Duff posting a video that showed David Duke to be a much more reasonable man than the celebrated liberal interviewing him on some TV show. Duff’s aim, stated quite plainly if I recall correctly, was to encourage his readers to question their training and consider whether Duke was really the bad guy of the pair.

Bullshit? I’ll prove it with a simple link. This is simply a small sampling of the “bullshit” this Duff character engages in.

GORDON DUFF: IN MOTION: THE PLOT TO DESTROY THE UNITED STATES : Veterans Today

Anyone who doesn’t think the real heart of American politics has always been racism is a liar. Family values means “white” family values. African Americans know shame at the relief they have felt seeing Muslims targeted for persecution. Every political position in today’s America is derived from institutionalized racism, be it immigration, health care or “constitution.”

When a return to the “constitution” is brought up, by people who wouldn’t know the document from a Croatian take-out menu, the reality is always race, fear, hate and envy, the glue that holds American society prisoner.

Decades ago, and even more recently during our last presidential election, African Americans were represented as animals, “goyim” to the Jews. Now we play “Kill the camel jockey.” Is this why the Christianized army we sent to Afghanistan murders innocent civilians for sport?

You see where this guy is coming from. He attacks White Americans as stupid morons who are persecuters of blacks and other races. He speaks this way constantly. He hates “White America.” All this bile he spews against “Israel” always really comes back as White America’s fault. Germany is another one of his little attack subjects.

Yeager was right to call Duff out on his BS. Good for her. She smelled a rat. It is called good discernment.

Yeager posted this over at VOR:

The Heretics’ Hour: Gordon Duff, Prescott Bush and the interview that wasn’t

I was glad shortly afterward and I get more glad all the time because it would never have come off. I’ve been reading some of his older articles and listening to some past interviews; it’s now quite clear to me he’s working for somebody. His zingers are usually directed at Hitler/Nazis/Third Reich and Fox New/Rupert Murdoch. Those are Alan Hart’s favorite bad boys too, and a few others I could name. Just coincidence?

Until recently I had not heard of Gordon Duff, the details of Prescott Bush’s links to German National Socialism, and have not delved into heterodox theories about 9/11. I have however already started to form a negative impression about Duff.

In her podcast Yeager mentions two recent holocaust-related articles by Duff. She may be referring to Who Speaks Up For Holocaust Survivors, dated 13 Nov 2010, and Israel Opens Door For New Look At Holocaust, dated 7 Jun 2010. The first is a condemnation of fraudulent holocaust survivors. Duff describes the problem in a section titled “Stolen Valor”:

There are concentration camp survivors living in America, people who suffered incomprehensibly at the hands of the Nazis. However, there are also, in America we now know, tens of thousands or more who claim falsely to be of the heroic numbers from that period and numbers inside Israel that are unimaginable. Why are these people not punished?

Why indeed. Is it because jews won’t defend their valor, or because there is no valor to defend? The fraudsters are mostly jews after all, and clearly don’t need any help helping themselves. Duff’s moralizing most likely comes across to them as an unwelcome and sneaky kind of attack. The sin is “holocaust denial”, not to mention his calling attention to specifically jewish fraud.

The basis for Duff’s moralizing is what I find notable. Duff could no doubt sincerely claim that he’s defending the “real” “heroes”. In Duff’s view “the nazis” and “racism” are the epitome of evil. His second holocaust article makes this even clearer:

Continual and unending references to the holocaust as a rationale for resettlement of “impure racial stock” deeply parallels the themes of “Jewish-Marxist” betrayal of the Kaiser’s Germany bringing about defeat in World War I. Hitler contended that the Rothschild’s used their financial control over Britain and France to manipulate the Treaty of Versailles to the extent where the Jewish banking house would be able to loot Germany of its assets and put a communist government in place there as it had in Russia. These theories were quickly translated into racial policies based on eugenics, a bizarre pseudo-science developed in the United States by the Bush and Harriman families.

Duff provides his metric of immorality, the “Hitler Scale”:

Ask any German, “What year did Hitler go crazy” and you will get an answer. Many despise this political views but many alsoadmire his accomplishments, often settling on 1938 as the watershed. Today, every nation can have the “Hitler scale” placed against it. In America, 9/11 brought on 1934 withPatriot Acts taking us to 1937 and the invasion of Iraq moving us to 1939. Israel hit 1939 with the Six Day War, but internally operated in pre-1935 areas until the murder of Prime Minister Rabin. Recent events would put Israel at 1941.

So zionists are wrong to the extent that they emulate “the nazis”, Duff’s gold standard of evil. He dates the wrongness back to 1934, apparently seeing a Germany run by Germans, for Germans, and not jews, as bad. After 60 years of post-war pro-jewish education and propaganda such a mindset is common enough. But how is it possible that an outspoken, well-informed critic such as Duff, someone who clearly sees and opposes the manipulative, corrosive, criminal behavior of zionists, cannot simultaneously see the similar behavior of non-zionist jews? How is it possible for someone who sees the US as controlled by zionists and blames 9/11 on zionists accepts the conventional wisdom on “racism” and “the nazis” as promulgated by self-interested diaspora jews?

Could it be that Duff only attacks what he does, they way he does, because, in the end, he’s most concerned about what’s good for jews? Does he make attacks he thinks someone, somewhere will make anyway, but in a way that pulls the punch, obscuring the full nature of the problem, and reserving the ultimate condemnation for “nazis” who would venture deeper?