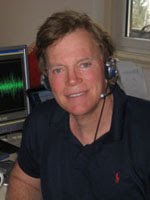 For many Whites, even those who are beginning to awaken to the increasingly hostile conditions around us, the name David Duke rings a giant Pavlovian bell. In “polite” discourse allusions to Duke function as a variant of Reductio ad Hitlerum, often accompanied by snide insinuations about pointy hoods, lynching, and – underneath it all – “anti-semitism”.

Whether or not you believe David Duke is mentally or morally defective, if you’ve never heard him speak for himself then please consider this invitation to judge for yourself. Listen to The Nationalist Report: Interview with David Duke, with Mishko Novosel and Mike Conner at Voice of Reason Broadcast Network.

I take special interest in a point Duke makes early on about what happens when someone finally comes to recognize and throw off a lifetime of anti-White guilt-tripping. For myself, part of that process resulted from reading and hearing the thoughts of certain purported madmen, Duke among them, and realizing that their positions are perfectly rational and reasonable. In this interview, which Duke describes as unlike any other he’s given in a long time, he expresses one rational and reasonable thought after another.