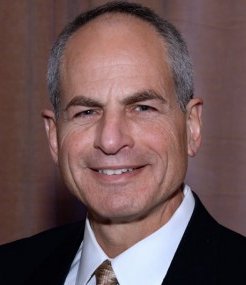 NJJN: Are there ways the Jewish community can address the problem that it has not been doing?

[Director of the Anti-Defamation League’s Eastern Pennsylvania-Delaware region, Barry] Morrison: The Jewish community has been pretty good about addressing it, to its credit. It needs to do more of the same. It needs to have a sense about what the community is, what its interests are, and how to preserve and protect them. It is not as simple at it once might have been. Jews’ identity has been changing with the generation that was raised on the birth of Israel and the Holocaust. Young people today don’t identify in the same way older folks do, and we’ve seen many Jews in the forefront of the other side regarding Israel.

Secondly, having the ability to pool our resources is another way of fighting the problem. We are a small community, and we have many different points of view. Sometimes there are competing organizations. It is important to pull together. Thirdly, it is important to maintain our identity as citizens in the larger world in which we live and work for the betterment of the broader community. We can’t be isolated, we can’t be insular, we can’t think about it as ‘what’s good for the Jews?’ That is not what needs to guide us.

Translation: The jewish community needs to have a sense about who they are, what their interests are, how to preserve and protect them, pooling its resources to fight problems. But it would look better to use the broader community to advance and protect jewish interests than to so self-consciously keep blurting out “what’s good for the jews?”

12 thoughts on “Doublethink as a Group Strategy”