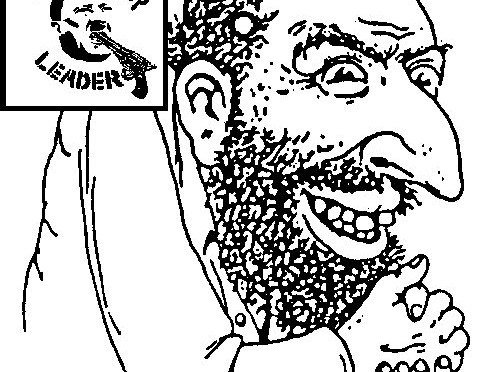 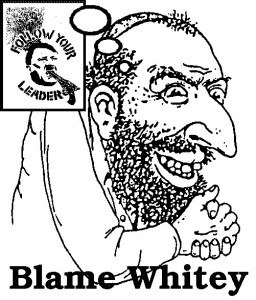 Mangan’s Ferd Throws Whites Under the Bus provides the link and some context on Ferdinand Bardamu’s Whites Are Their Own Worst Enemies, posted at his anti-feminist/manosphere/gamer blog called In Mala Fide. Bardamu writes:

The reason why the beauty of the white Aryan woman may perish from the earth before this century is up is not because of the Jews, or the blacks, but because of white people themselves. It was whites who let third-worlders swarm into their lands, forever altering the demographic makeup of their nations. It was whites who gutted protections for workers and transformed the economy into a scam designed to bleed the middle-class dry and make the richer even richer. It was whites who conjured up feminism, driving a wedge between men and women, driving down the birth rate and leaving immigrants and illegals to pick up the slack. Every problem whites suffer from is self-inflicted.

“But but but it was the Joooooooos! The Jews are the ones who’ve destroyed the white race, and everyone knows the Jews aren’t white! Durrrrrr…”

First off, the only people who claim Jews aren’t white are you folks, but let’s take your thesis at face value – the Jews are the cause of all our woes. But guess what? Even if they are, it’s STILL your fault! Why? Because last I checked, the Jooooooos didn’t forcibly send armies to capture our cities, destroy our governments and enslave us. Whites were the ones who LET Jews settle in their countries and gave them equal rights, allowing them to ascend to the highest rungs of politics, education and finance. Ever wonder why Jews were few and far between in European history prior to the 19th century? It’s because they had zero rights and were forcibly segregated from gentile society, like the Gypsies. When revolutionary France emanicipated its Jews in 1791, that opened the floodgates. So whining about the Joooooos doesn’t let you off the hook, whitey.

The logic here is so twisted I find it difficult to take seriously. Bardamu mocks it himself. Just take his thesis at face value. He’s one of “you folk” who doesn’t consider jews to be White. He thinks the Whiiiiiiites are the cause of all our woes. But whining about Whitey doesn’t get him off the hook.

Bardamu deserves praise for providing, unwittingly or not, the clearest, most extreme example of the suicide meme I’ve yet run across. Usually it occurs in a less complete, less direct form. Briefly stated, the suicide meme is the slanderous suggestion that Whites are destroying ourselves. It is an expression of the “politically correct” zeitgeist and the judaized, anti-White regime which promulgates it. It is the final touch in the epitaph our despisers wish to carve in our headstone: “Here lies the stupid, evil White race. They stole our land, enslaved us, gassed us, and then they killed themselves.”

Calling what’s happening suicide is a way of preempting a more accurate diagnosis, namely genocide, as part of a stealthy, long-term ethnic war perpetrated by a hostile overclass, “a transglobal community of peers who have more in common with one another than with their countrymen back home” and “are increasingly a nation unto themselves”. Calling it suicide implicitly excuses this overclass by not mentioning them, never mind “the jews” who are in it up to their eyeballs. At worst “the jews” get lumped in with the imaginary “we” who are supposedly doing this to “ourselves”.

Bardamu is apparently familiar with the argument but wanted to change it up. In the process he lost the plot, clumsily and spectacularly highlighting “the jews”.

Though the title and a large chunk of Bardamu’s point are classic suicide slander (“Every problem whites suffer from is self-inflicted”) he offers this only as a corollary, after setting “the jews” apart from Whites and excusing them right up front (“not because of the Jews”). He cites three problems – immigration, finance, feminism – which jews are deeply complicit in. He acknowledges that jews are in “the highest rungs of politics, education and finance”. He even traces the cause back as far as the emancipation of jews – tarring “France” and “Whitey” for the unpopular actions of a Rothschild-backed Napoleon.

Bardamu helpfully offers all this and more in support of his unshakable premise that jews are not to blame, perfectly encapsulated in this little gem: “Even if they are, it’s STILL your fault!”

Bardamu doth protest too much. His logic is tautology, his argument unintentional self-parody.

“This has nothing to do with the joooooos. To demonstrate I’ll explain all about the jews.”

About In Mala Fide:

an online magazine dedicated to publishing heretical and unpopular ideas. Ideas that polite society considers “racist,” “misogynistic,” “homophobic,” “bigoted” or other slurs used to shut down critical thinking and maintain the web of delusions that keep our world broken and dying. We’re here to put their myths to rest

with or in bad faith.