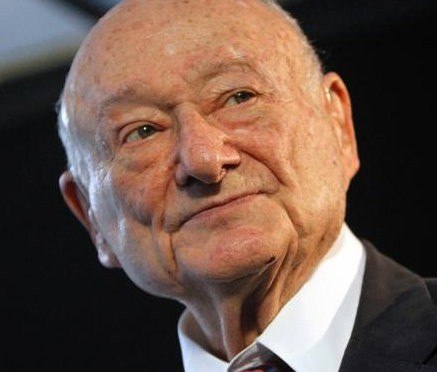 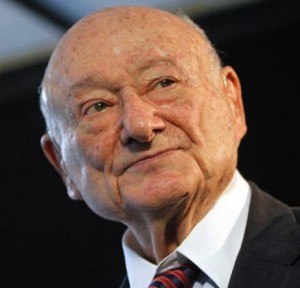 The New York Daily News says Koch wanted his identity as a jew to be a central and lasting part of his legacy, citing Koch’s HuffPo article from Jan 2011, What’s on My Tombstone, and Why:

The United States, France and Israel ought to form a special unit devoted to running each of [Daniel Pearl’s] terrorist murders down and target them for execution. The Israeli Mossad did exactly that with the Munich murderers of the Israeli Olympic team killed in Munich in 1972.

On my tombstone, which awaits me at the Trinity Church nondenominational cemetery at 155th Street and Amsterdam Avenue, I had inscribed the last words of Daniel Pearl — uttered at his publicly viewed murder — which were, “My father is Jewish. My mother is Jewish. I am Jewish.” I believe those words should be part of the annual services on the Jewish High Holiday of Yom Kippur, and should be repeated by the congregants.

Koch was not only speaking for or about himself. He was speaking to fellow jews, for their benefit.

Though Koch came to fame as the mayor of New York between 1978 and 1989, in recent years he made it increasingly obvious that he was most obsessed with the narrow interests of jews. When he expressed his opinion in public, it was often plainly in this context.

On at least two occasions (see here and here) Koch identified others as bigots. As is typical of jewish bigotry, in both cases it was more a reflection of his own hyper-sensitive ethnocentrism. As is also typical, nobody of any stature in media or politics dared criticize “liberal” Koch for his increasingly blatant illiberalism.

While many of the obituaries and editorials I have surveyed remarked with some circumspect on Koch’s queer brand of “liberalism”, only a few noted Koch’s jew-first priority, and none put the two together in critical terms. John Podhoretz, a jew more often identified as “conservative”, opined glowingly at the New York Post that Ed Koch was a liberal who defied left on ‘nuts’ ideas. Though Podhoretz shares the same very jewish concerns which animated Koch, he made no mention of it. Instead Podhoretz focused entirely on an earlier era, casting Koch’s legacy in partisan political terms which make even less sense today than they did at the time. What Koch’s career best demonstrates is how jewish identity transcends silly partisan affliations.

Contrast this with Robert Byrd, who even before death was regularly condemned as a “racist”. When Byrd died it wasn’t hard to find “conservatives” complaining, for example, that Byrd’s KKK History Shows Partisan Double Standard.

Of course, the most glaring double standard isn’t partisan, it’s jewish – it clearly distinguishes jews from Whites. The idea is that nobody, and especially not tolerant “liberals”, should tolerate White bigotry. If you are now or ever have been a member of a special unit devoted to serving White interests, like the KKK, that’s considered inexcusable grounds for exclusion, censure, condemnation, etc. On the other hand, as we see with how the former so-called “King of New York” is treated, openly advocating for the best interests of jews, even to the point of calling for murder squads to hunt down and execute your enemies – well, jews will be jews. Nothing special. Not even for “liberals”.

8 thoughts on “Ed Koch and Liberalism”