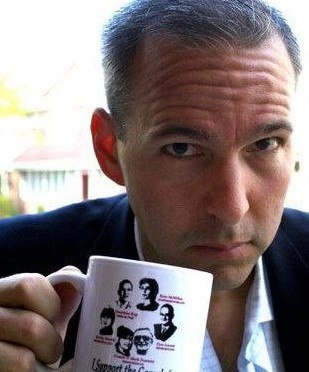 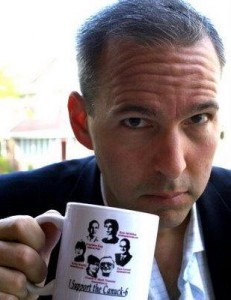 The mainstream reporting on Breivik’s thinking has so far neglected to dig into his opinions on “the jews”. Perhaps that’s because it would be difficult to describe that thinking faithfully without either embarassing or infuriating “the jews”. Jonathan Kay at the National Post seems to think he has found a way.

Kay has skimmed Breivik’s book, 2083 – A European Declaration of Independence, and sees similarities with the William Pierce’s 1978 book, The Turner Diaries. Kay sums up the former as a “rambling and disjointed manifesto” whose “bigoted and paranoid worldview” seems to have originated with the latter, which he describes as “badly written and tedious”. Never fear, you needn’t read either work yourself. Kay is an expert in such things and he’s very eager to explain how it’s all about “the jew”:

In a general sense, Breivik can be seen as a Norwegian, Islamophobic version of Pierce, McVeigh and the other right-wing hatemongers that populated the fringes of American life until the Clinton administration cleaned up the Midwest’s various White Supremecist quasi-Christian militia sects in the aftermath of the Oklahoma City bombing. But there is also something very new in Breivik’s attack.

For one thing, he represents the first mass-casualty post-9/11 terrorist attack purportedly committed in the name of stopping radical Islam. In this sense, it is Europe’s equivalent to the 1995 slaying of Yitzhak Rabin, whose perpetrator, extremist Orthodox Jew Yigal Amir, also imagined that he could protect his nation from Islamic encroachments by staging a murderous terrorist attack on his own government.

Breivik’s sick mythology also shows another new post-9/11 element: the changing role of the Jew in the narrative of the West’s right-wing extremists.

The Jew traditionally has been the primary target of such extremists because it was imagined that his evil hand lay behind those forces — capitalism, Marxism, globalization, financial speculation — once deemed to be most threatening to the traditional Western order that Breivik says he wants to defend. The creation of Israel in 1948 added a new excuse for anti-Semitism: The Turner Diaries are full of references to American foreign policy being controlled by Israel (an accusation that, of course, has now been taken up by the left).

With 9/11, that changed: The greatest cultural and military threat now is seen to be militant Islam, with the Jew — and Israel — now instantly cast as a defender of the established Western order. To quote something I wrote in my recently published book, Among The Truthers: “The Jew [is now seen as] the perfect anti-Islamist, whose zeal and reliability in the war on terrorism was hard-wired into his political DNA thanks to six decades of Israeli warfare against Islamic terrorists in the Middle East. For the first time in the history of Western civilization, the Jew’s ‘foreignness’ and mixed loyalties-to the United States, Israel, world Jewry- became a source of respect and trust rather than suspicion.”

Thus, in Section 2.93 of Breivik’s manifesto, we get the sort of words that, pre-9/11, no one could ever have dreamed would be typed by a right-wing hatemonger: “We demand that all financial support to the Palestinian Authority should cease immediately. It is proven beyond any doubt that this has in the past been used to finance campaigns of Jihad terrorism against Jews in Israel and against Christians in territories under PA control. A public statement in support of Israel against Muslim aggression should be issues, and the money that has previously been awarded to Palestinians should be allocated partly to Israel’s defence [and] partly to establish a Global Infidel Defence Fund.”

In any other context, a reduction in right-wing anti-Semitism would be an unreservedly welcome development. But as we mourn the innocent victims of Breivik’s attacks, we understand that evil minds inevitably will channel their hate somewhere — if not toward innocent Jews, then toward innocent Muslims, or members of the political party that represents them.

The senselessness and tragedy of that hatred: this hasn’t changed, and never will — for all time to come.

The passage Kay quotes from Breivik’s book wasn’t written by Breivik. Here it is in full context:

There have been hundreds of attempts to forward and distribute demands (on behalf of the indigenous peoples of Europe) to Western European governments, political parties and media organisations since 1955. As with all attempts for dialogue, every single one of them has been rejected, ignored or ridiculed. One of these pleas was written by Fjordman in March 2007:

A European Declaration of Independence

We demand that our national governments should immediately and without delay pull their countries out of the European Union, which should be dismantled entirely. European citizens pay up to half of their salaries in direct or indirect taxes to their nation states. If these nations do not control their own borders nor their policies, and they don’t as long as the EU exists, those taxes are a scam. National taxes require national borders. If our national borders are not enforced, we have no obligation whatsoever to pay national taxes.

We demand that all documents regarding the Euro-Arab Dialogue and the creation of the Eurabian networks for “Euro-Mediterranean cooperation” between European countries and Arab countries since the 1970s, as documented by Bat Ye’or’s work on Eurabia, are published and explained in their full significance to the general public. Those chiefly responsible for this – one of the greatest betrayals in the history of Western civilisation – should stand trial, followed by a period of general de-Eurabification of our laws and regulations.

We demand that all financial support to the Palestinian Authority should cease immediately. It is proven beyond any doubt that this has in the past been used to finance campaigns of Jihad terrorism against Jews in Israel and against Christians in territories under PA control. A public statement in support of Israel against Muslim aggression should be issued, and the money that has previously been awarded to Palestinians should be allocated partly to Israel’s defence, partly to establish a Global Infidel Defence Fund with the stated goal of disseminating information about Muslim persecution of non-Muslims worldwide.

We demand that the ideology of multiculturalism should immediately be removed from all government policies and school curricula, and that the state should adopt a policy of supporting the continuation of the cultural heritage and traditions of the indigenous populations. Multiculturalism has never been about tolerance. It is an anti-Western hate ideology championed as an instrument for unilaterally dismantling European culture. As such, it is an evil ideology bent on an entire culture’s eradication, and we, the peoples of Europe, have not just a right, but a duty to resist it and an obligation to pass on our heritage to future generations.

We demand that all Muslim immigration in whatever form should be immediately and completely halted, and that our authorities take a long break from mass immigration in general until such a time when law and order has been re-established in our major cities. We will not accept any accusations of “racism.” Many European nations have for decades accepted more immigration into our countries in a shorter period of time than any other people has done peacefully in human history.

We are sick and tired of feeling like strangers in our own lands, of being mugged, raped, stabbed, harassed and even killed by violent gangs of Muslim thugs, yet being accused of “racism and xenophobia” by our media and intimidated by our own authorities to accept even more such immigration.

Europe is being targeted for deliberate colonisation (see demographic warfare) by Muslim states, and with coordinated efforts aimed at our Islamisation and the elimination of our freedoms. We are being subject to a foreign invasion, and aiding and abetting a foreign invasion in any way constitutes treason. If non-Europeans have the right to resist colonisation and desire self-determination then Europeans have that right, as well. And we intend to exercise it.

If these demands are not fully implemented, if the European Union isn’t dismantled, multiculturalism isn’t rejected and Muslim immigration isn’t stopped, we, the peoples of Europe, are left with no other choice than to conclude that our authorities have abandoned us, and that the taxes they collect are therefore unjust and that the laws that are passed without our consent are illegitimate. We will stop paying taxes and take the appropriate measures to protect our own security and ensure our national survival.

The above declaration was forwarded to many political parties of the so called “Multiculturalist Alliance” (MA100 political parties) and many “cultural Marxist/multiculturalist media organisations in 2007. As expected, no one ever bothered to comment on the demands as it was categorised as “right wing nonsense” and categorically ignored.

By the by, hate is one of Kay’s specialties. In his Oct 2010 article, A hate reaching back 1,400 years, Kay reviewed the many reasons, stretching back centuries, justifying “the jew”‘s hatred for muslims. And but of course, he hasn’t forgotten European crimes against “the jew” either:

It goes without saying that Muslim civilization has no monopoly on violent and systematic anti-Semitism: Spasms of murderous Jew-hatred were common all across Christendom during the 14 centuries of Islam’s existence.