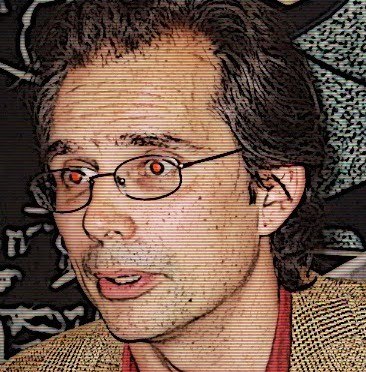 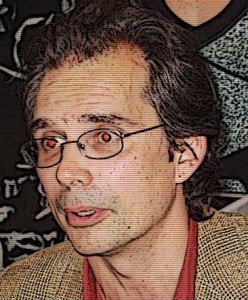 From a hit-piece printed in the September 2010 Playboy, Imagination Nation – Tea Party Resurrects the Past to Deny the Present, by Stephen Duncombe:

Either party activists really are the ignorant hicks liberals believe them to be, or they truly believe the federal government is a foreign body (with a foreign-born president no less!) and their elected officials don’t really represent them. All signs point to the latter.

Tea Party people are white-skinned, white-haired, white bread, white. You can wander the vast mediascape and not witness another sea of whiteness like a Tea Party rally. Over the past 50 years–partly out of political concern but mostly to reach as broad an audience as possible–the culture industry has largely rejected such bland homogeneity.

Conjuring up the past is another way of denying the present. “Take our country back!” is a cry you’ll hear at a Tea Party rally. Back. Back to a time when white people were firmly in power and those of other ethnicities knew their place. But also back to an imaginary America that was almost entirely white. Back to Leave it to Beaver, My Three Sons, and The Waltons. Tea Party rallies–the costumes, the outrage, the provocative rhetoric–are so theatrical because they are theater: a way for a dying strain of white people to represent themselves in a mediated world that no longer recognizes them.

Effective leaders and movements tap into our fantasies of the future, not those of the past.

Duncombe doesn’t sympathize with White people, but he’s not so alienated or consumed with hate that he can’t see the grass roots motivations of the Tea Party.

Duncombe makes a living opining on the history and politics of media and culture. He’s a cultural marxist:

His own milieu is a sea of Whiteness.

Duncombe is perhaps best known for his book Dream: Re-imagining Progressive Politics in an Age of Fantasy. Use Your Illusion, a Villiage Voice review from February of 2007, by Emily Weinstein, is subtitled “Stephen Duncombe explains why the left should indulge Americans’ fantasies”:

He was born into activism: Charles Dickens caricatured one of Duncombe’s ancestors, a member of Parliament, as “the radical dandy,” and others in his family fled Canada after participating in a failed 19 th-century rebellion against Queen Victoria. His father was a minister and civil rights activist—their phone lines were tapped when Duncombe was a child—and Duncombe refers, with affection, to his teenage “punk rock days” in early-’80s New Haven. (“That scene was exuberant,” he says. “It was passionate. Politics should be like that.”) He went on to co-found the Lower East Side Collective, a community activist group, and helped organize events with others, including Billionaires for Bush. Their demonstrations were carnivals, attracting revelers who’d dance in the streets. Then came 9-11, followed by war. “Politics became something deadly serious,” he said. Liberals lost whatever sense of humor they had.

Dream could have simply been an elegy to that pre–9-11 era—a nostalgia piece for the recent past. Instead, it reads like a manifesto inspired by a pop culture fever dream. Seizing upon references high and low, Duncombe makes the case that spectacle can be an ethical and sophisticated means of appealing to, even seducing, the American public. Rather than bemoan the fact that people are obsessed with Paris Hilton and condemn video games like Grand Theft Auto: San Andreas, both of which Duncombe discusses with a mix of awe and critical glee, liberals need to determine why that obsession exists—pop culture as road map into the American mind. “We can’t afford to ignore it,” Duncombe said. “If we do, we’re writing off the passion of a hell of a lot of people.”

The idea, which Duncombe dubs “dreampolitik,” is that progressives, armed with strategies derived from sources as vast as advertisements, celebrity-gossip magazines, and the casinos on the Las Vegas strip, would then be able to enact a politics that enthralls a broader sweep of Americans. The left needs to start appealing to people’s hunger for hope and attraction to fantasy life. What’s more, Duncombe said, they have to let go of the belief—”naive at best, arrogant at worst”—that intellectual arguments should be enough to win people over, and that spectacle, as the Bush administration employs it, is something to which they shouldn’t have to resort, a tawdry means to an end. “It’s a pathos of the left,” he said. “We’re worried about selling out, but no one’s buying.” Besides, the point isn’t that liberals move towards conservatism; it’s that they become savvier and, ironically, more realistic about what it takes to win.

“The Democrats are going to lose unless they figure out a way of imagining the world,” Duncombe concluded. “They need to figure out what utopia they want to sell.”

Duncombe’s assertion that “spectacle can be an ethical and sophisticated means of appealing to, even seducing, the American public”, is made in a partisan spirit. Still, there’s nothing here about spectacles drawing on the past being bad. And nothing about it being bad if it inspires stupid, evil White people. These are ad hoc modifications he’s been forced to adopt just now, seeing that hopey-changey “progressives” have let him down while the Tea Party actually did what he advised. How humiliating this would be, if only “progressives” could be humliated.