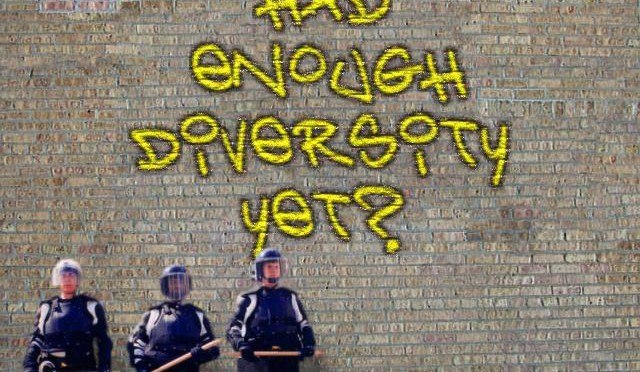 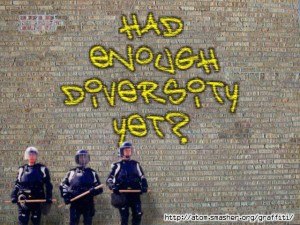 I left a comment on this item at Lonewacko where he notes the New York Times has finally acknowleged attrition as an immigration strategy – if only to deride it as a “flood of misery” and “pest control”.

LW, your point is well taken. But they are only throwing out the attrition bone as a distraction. A false compromise. Much like the “crackdown” headlines today used to cover govt actions that are 50% “streamlining”. And of course the 50% enforcement part is calculated to stir up support for “reform”. A few raids to energize the Ladeeenyos, some fines to energize businesses. The “crackdown” is a farce, as is the NYT nod to attrition.

Faced with the perennial nonsensical arguments in favor of immigration and their imperviousness to any logic, reason, or empirical evidence to the contrary, I for one am now openly and loudly in favor of mass deportations.

Furthermore I accept the labels “racist”, “xenophobe”, “nativist”, “bigot”, “fascist”, etc. I used to think these words meant something bad. Nowadays I see that they are only used to intimidate good people from doing what is right and just.

The immigration invasion is inflicting far worse consequences on Americans than any “mass deportation” would inflict on aliens. We have every right to expect our laws to be enforced, including mass deportation if that’s what it takes.

We can’t settle for “pest control” because then we’ll only get some lame mix of amnesty and attrition. Fearless active prosecution is the only way to undo the great harm that’s already been done. The big problem: can a government so compromised, so corrupt, so inept, so illegitimate be expected or trusted to actually do this?

I have no intention of being melodramatic, but it seems clear that the only way the immigration invasion is going to be stopped is by changing our leadership and reversing their policies. In other words: revolution.

By the way, the “crackdown” story starts with a paragraph that gives away the scam:

The Bush administration announced plans Friday to enlist state and local law enforcement in cracking down on illegal immigrants, which previously was largely a federal function.

All it takes to see through this phoney baloney is knowledge of a few things that, unfortunately, most citizens don’t know:

A) The ACLU has had great success over the last few years intimidating state and local law enforcement from doing anything about “illegal immigrants” with the argument that any attempt to do so usurps the federal government’s sole responsibility to enforce immigration laws. The Feds are well aware that dictators in black robes have sided with the ACLU, so they know any attempt to enlist state and local governments in immigration will get defanged in court, just as the “enforcement” portion of any Comprehensive Immigration Reform would. Add the federal court system to the revolution’s todo list.

B) “Illegal immigrant” is a sympathetic euphemism for “illegal alien”, which is the proper and legally correct term. This may be the writer’s phrasing rather than the Bush administration, but with Harry Reid calling them undocumented Americans it’s clear that even lawmakers prefer weasel words when talking about immigration.

C) It is a mischaracterization to say “cracking down on illegal immigrants, which previously was largely a federal function” because there has been no crackdown on illegal immigrants since Operation Wetback in the 1950s, and they aren’t even pretending to start anything worthy of being called a “crackdown” now. Some fines, some extra agents. That’s not a crackdown, it’s a pathetic charade. Immigration is a fundamental governmental responsibility which has in the last few decades, especially these past six years of the current administration, been a notorious example of disfunction.

The country is literally being invaded and all these twits can do is shuffle papers and whimper about how they didn’t get their Comprehensive Reform?

6 thoughts on “Bread and Circuses”