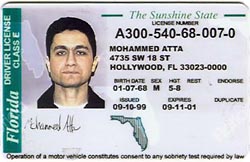 They were celebrating outside the governor’s office Friday as Eliot Spitzer handed a landmark victory to a half-million illegal immigrants.

The state will no longer require proof of citizenship for driver’s licenses.

“We’re changing our policy with respect to getting more people out of shadows and into the system so people don’t hide they’re here,” Spitzer said.

He said the current restrictions on non-citizens have filled the roads with unlicensed drivers five times more likely to get into accidents.

But the also called it a matter of justice.

“As long as I’m governor we won’t pretend they don’t exist, cut them off from society,” Spitzer said.

A matter of justice? In what way is this just, and to who? Who besides Spitzer is trying to pretend these invaders don’t exist? We the People know very well they exist. We want them deported. Sending the invaders home is the only true solution to all the problems they cause, and is the only thing that would be just to the tax-paying law-abiding citizens of this country. We the People are the ones whose welfare and interests Spitzer should be primarily concerned about. And We the People does not include illegal alien invaders.

It is hard to believe there are any states that issue driver’s licenses to invaders, but there are. In the past few years several states have stopped, and for good reason:

The recommendation of the 9/11 Commission led to the adoption of the REAL ID Act in early 2005. It is a measure designed to encourage the states to change their lax driver’s license standards over the next few years. The REAL ID Act provisions established national standards for the issuance of driver’s licenses that will effectively bar people who are in the country illegally from obtaining them, barred people who have ties to terrorist organizations from taking advantage of our political asylum process, and provided for completion of the border security fence along the Mexican border.

New York is ignoring this good sense and has decided instead to aid and abet the invaders. Invaders that even the mainstream media reporter quoted above points out are far more likely to get into accidents. Is giving them licenses going to significantly reduce their accident rate? Of course not. Is it going to reduce road congestion? No. Is is going to reduce gas prices? No. New York can expect all of these problems to get worse. This is the price tag for Eliot Spitzer’s ignoble efforts to bring the invaders “out of the shadows”.

More importantly, what it will do is make it more difficult to identify invader-drivers in New York, and thus it will mask their deadly driving habits from public scrutiny. The effect is very much like the LAPD’s recent decision to stop impounding cars driven by unlicensed drivers. Contrary to Spitzer’s claim that he wants to stop pretending the invaders don’t exist, that is exactly what giving them licenses allows him and the police to do. Ignore them.

Except issuing them a license is even worse than simply ignoring them. A valid drivers license is the most valued form of identification in this country – having one makes it much easier for invaders to pretend they are here legally and live normally. Giving them a license is much worse than looking the other way. It gives them something they deperately want. That’s why the invaders and their supporters are celebrating in New York.

I wonder. Is Spitzer’s next bright idea to “solve” the illegal handgun problem by giving out permits, no questions asked?

A message board poster points out that this proposal is not just ill-conceived, it is illegal:

Rather than recognizing the clear threat the invaders pose to his countrymen and doing everything in his power to protect them, Spitzer has instead chosen to accept the invaders and permit them, with his blessing, to continue killing his countrymen. New York Governor Eliot Spitzer is a traitor.

It is not sufficient that this proposal be withdrawn. Spitzer must be removed from office and prosecuted. If this does not happen then I sincerely hope some good vigilante takes the law into his own hands and sends a clear message to all of our traitorous leaders. Enough is enough. Stop the invasion. Defend our country. Treason will not be tolerated.

Update: Use this email form to contact Spitzer. Tell him you see through his bullshit excuses and call out his betrayal.

Update, 24 Sept 2007: Here is a link to the US Code section cited above, though it hardly matters what it says. The root of all our problems controlling immigration are precisely that our leaders will not enforce our laws. The law doesn’t matter to them. Which is why it’s absurd to call for new laws. We don’t need new laws, we need new leaders. Leaders who will enforce the laws we already have, fill our treasonous courts with loyal Americans, tell the Latino bigots to shut up, and eject the invaders rather than comforting them.

Read Heather Mac Donald’s The Illegal-Alien Crime Wave. Since she wrote that three years ago the number of invaders has only increased, the crime and violence they bring has only worsened, and our enforcement has only weakened. Lots of talk, no action. Kabuki theater while the invasion continues unabated. How much longer can this go on before party-line Republicans and Democrats realize their precious economy and Civil Rights will evaporate as our society disintegrates in the face of the lawlessness and balkanization the immigration invasion brings?

Update, 25 Sept 2007: In North Carolina invaders aren’t supposed to get licenses, but according to a loyal American whistleblower they do anyway, and he got fired for having a problem with it: