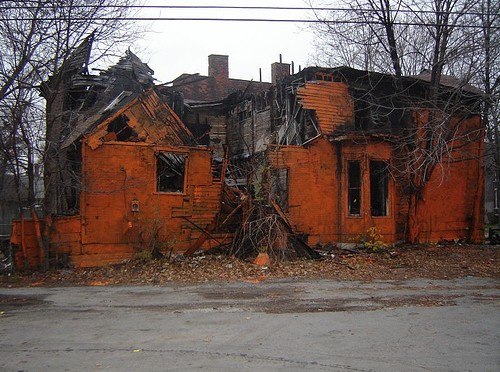 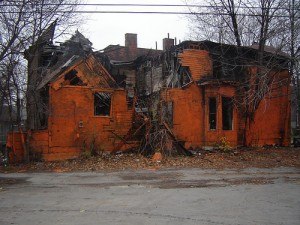 In my previous post I admitted to not really having thought much about White nationalism. I’ve now read the debate between Steve Sailer and Jared Taylor that John Savage linked. I’ll link each part here for convenience:

As it turns out I had read this before, I don’t remember exactly when but probably only a few months ago when I was still unnaturally repulsed by talk of White anything.

Upon reading it now with a clearer head I see both men make sense, but I’m definitely more in agreement with Taylor. Sailer, as brave and realistic as he is on race, pins his hopes on a worldview, Citizenism, which non-Whites have clearly demonstrated they have no interest in maintaining once they wield any measure of power. Johannesburg, Los Angeles, Detroit – this is what happens when non-Whites gain control – how many more glaring examples of this inconvenient truth do Whites need?

Responding to Sailer, Taylor makes the following statement, with which I find myself in complete agreement:

Although immigration is today the greatest threat to the survival of Western Civilization on this continent, it is hardly the only threat. Every social problem—poverty, crime, illegitimacy, school failure—has a clear racial dimension that Americans refuse to recognize. There will be no honesty and no solutions until whites clear their heads of cobwebs and start thinking straight again. This will be better for everyone.

At the same time, I apologize to no one for putting my group first, just as non-whites do. Whites have a duty to their ancestors and an obligation to their children. Duty does not calculate the chances of success, as Mr. Sailer would have us do. Duty calls us to what is right.

Indeed, all children deserve this—not just mine. This is why multi-culturalism and multi-racialism are frauds. Racial interests, like family interests, sometimes cannot be reconciled. Every people should have the right to pursue its destiny, free from the unwanted embrace of others.

Decades of post-1965 immigration mean it will not be easy to arrange this on our continent. But unless whites awake from their 50-year trance, they will be pushed aside by groups that have never lost sight of their racial interests, and never will.

No one else cares whether whites or their civilization survive. If whites do not regain the capacity to defend their interests they condemn themselves to oblivion.

The part I’ve emphasized above is my answer to Mencius Moldbug’s criticism that White nationalism is “a romantic and fictitious idealization of social reality” and that it has no hope of succeeding. I’m convinced that multiculturalism is the fictitious idealization. The cure is truth. The more, sooner, the better.

In Round II Sailer links a paper dated September 26, 2005 that I had not previously read. Written by Australian law professor Andrew Fraser it describes the unraveling of the White Australia Policy and its consequences. Fraser’s conclusion applies equally well to the situation here in the US:

Given the relentless and revolutionary assault on their historic national identity, white Australians now face a life-or-death struggle to preserve their homeland. Whether effective resistance to their displacement and dispossession can be mounted is another question. Unlike other racial, ethnic or religious groups well-equipped to practice the politics of identity, white Australians lack a strong, cohesive sense of ethnic solidarity. As a consequence, ordinary Australians favouring a moratorium on non-white immigration cannot count on effective leadership or support from their co-ethnics among political, intellectual and corporate elites. On the contrary, our still predominantly Anglo-Australian rulers are indifferent; some profit from, and others actually take pride in their active collaboration with the Third World colonization of Australia. None of the major parties, indeed, not one member of the Commonwealth Parliament, offers citizens the option of voting to defend and nurture Australia’s Anglo-European identity. The problem, in short, is clear: The Australian nation is bereft of a responsible ruling class. The solution is, in principle, no less obvious: namely, the restoration of a ruling class rooted in the reinvigorated folkways of an authentically Anglo-American civic patriotism, a ruling class re-attached to the history and destiny of its own people. Only time will tell whether and how any such constitutional reformation could take place.

Burned out husks of what were once beautiful homes and businesses are emblematic of our ruling class’ treason. The dilapidation isn’t random. The more urgently they import savages to “do the jobs Americans just won’t do”, the more quickly civilization dissolves.

Or haven’t you noticed yet?

32 thoughts on “Duty Does Not Calculate the Chances of Success”