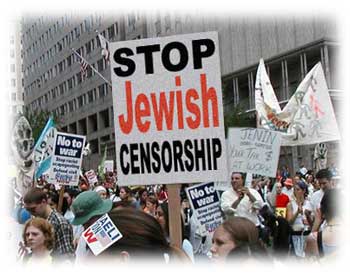 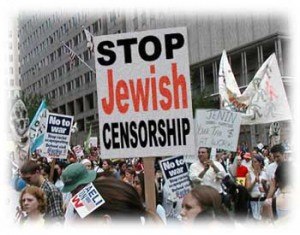 In a post at Oz Conservative titled A curious debate, Mark Richardson writes:

Should the liberal state permit the existence of non-liberal communities? There has been a debate amongst academics in recent years on this issue.

One curious feature of this debate is the concept that the liberal academics have of themselves. They usually take themselves to be free, autonomous individuals leading self-directing and self-chosen lives in contrast to the unreflective, non-liberal individuals in traditional communities.

He quotes an academic named Jacob Levy who questions our right to exist.

Seeking to engage in the debate I used a response from Lawrence Auster as a launching point:

The signs are gathering that the Western societies are heading into an age of civil wars. Not between white and nonwhite, not between Christian and Muslim, but between liberal whites and non-liberal whites. That’s shaping up as the major divide of our time.

That’s right. Our biggest problem is not muslims. It’s the “liberal whites” who prepared the ground and opened the gates, who enabled the muslims and the rest of the non-White world to invade and rape the West. The “liberal whites” are raping it too.

Western societies have been in an age of treason since the French revolution ended and jewish emancipation began. Here was the first ill-fated deployment of liberal egalitarianism – the recognition of jews and Europeans as equals. This egalitarianism led directly to the emancipation of negroes and the emancipation of women. In 1965 egalitarianism became equalitarianism, which produced civil rights and open borders. This mutated into “non-discrimination”, an Animal Farm-like regime where some groups are more equal than others. We see it today in the elevation and celebration of homosexuals and illegal aliens. Big Lies abound. They come for the jobs! Diversity is our greatest strength! Islam is a religion of peace! But anyone with eyes can see what’s going on. Under the neo-liberal regime all that is deviant, non-White, non-Christian, or non-European is sacrosanct and held in the highest esteem, while all that is traditional, White, Christian, or European is suspect, tainted, held up for scorn and ridicule.

Indeed, the major divide of our time is between neo-liberal “whites” and non-liberal Whites. It’s not so much a civil war as it is a race war. On the one side are the bolshevist, totalitarian, anti-liberal, anti-White “liberal whites”. The hippies, cosmopolitans, plutocrats and globalists who dominate all sides of politics, finance, media, law, and academia. They’re revolutionaries, left and right, whose highest calling is to erase all borders, “mobilize” labor, and “harmonize” the world’s laws. They want world government. One system. Death or the gulag for their critics.

In their way are Whites – the ordinary, unassuming natives of Europe and the descendants of European pioneers elsewhere. We occupy the center politically, divided against each other. We are the middle class economically, our resources outmatched by our corporate- and endowment-funded enemies. We share Main Street, family-oriented values. We’re skeptical of change and wish to be left alone to live, think, speak and worship in peace. Many of us see what the “liberal whites” have been up to and are aghast, appalled, or apoplectic. Some of us see how the “liberals” have now moved beyond pathologizing and gagging us, that they intend to exterminate us via immigration.

On the 9th of September, 2004, the Marxist comedian, Jeremy Hardy, said this on the Radio 4 show Speaks to the Nation:

The BNP are Nazis…

If you just took everyone from the BNP, and everyone who votes for them, and shot them in the back of the head, there would be a brighter future for us all.”

Hardy was not vilified, warned, cautioned or threatened with prosecution for making these remarks.

“Make no mistake about it,” he says,

“we intend to keep bashing the dead white males, and the live ones, and the females too, until the social construct known as ‘the white race’ is destroyed–not ‘deconstructed’ but destroyed.”

“Liberal whites” who think like this have been in control of the West since WWII ended. They’ve been sending ever louder signals for some time that their “tolerance” for our existence has reached its end. It’s high time we recognized the war they’ve been waging against us and respond.

When I checked back my comment was gone. Mark Richardson explained why:

Taanstafl, I eventually decided to delete your comment, even though there were parts of it written to a high standard.

Your initial description of the political divide was interesting. You wrote that on one side there were:

“The hippies, cosmopolitans, plutocrats and globalists who dominate all sides of politics, finance, media, law, and academia. They’re revolutionaries, left and right, whose highest calling is to erase all borders, “mobilize” labor, and “harmonize” the world’s laws. They want world government. One system.”

“In their way are Whites – the ordinary, unassuming natives of Europe and the descendants of European pioneers elsewhere. We occupy the center politically, divided against each other. We are the middle class economically, our resources outmatched by our corporate- and endowment-funded enemies. We share Main Street, family-oriented values. We’re skeptical of change and wish to be left alone to live, think, speak and worship in peace. Many of us see what the “liberal whites” have been up to and are aghast, appalled, or apoplectic.”

The problem for me is that you then left this larger view of things for a more reductionist one, by suggesting that it is specifically Jews who control the West and that it is they who are no longer willing to tolerate the existence of Christian whites.

I’m ruling this out of bounds for this site. I’m willing to recognise that Jews have been disproportionately represented in the radical movements. However, when nearly the entire political class shares a liberal orthodoxy, I don’t think it’s right, or helpful, to blame one group alone.

On another subject, I note that the comment by Tanstaafl that Mr. Richardson has deleted is very mild compared to his usual anti-Semitic outpourings. Tanstaafl has written, “Jews are my enemy,” and criticized me for, among other things, not directing “all” my criticisms against Jews. The basic Tanstaafl position (and the Darwinian anti-Semitic position) is that everything that Jews or people of Jewish background do and say (including everything that I have ever written) is directed at undermining white gentiles in the interests of Jewish power. The only good Jew, in the anti-Semites’ book, is one who agrees with the anti-Semites’ position that I’ve just summarized.

I am about to post the following. I’m curious to see if it is also considered reductionist, or has some other defect:

Mark, this is your blog and you can delete what you want. If you’d prefer I not post here at all just say the word and I won’t.

Thank you for taking the time to explain why you deleted my previous comment. Obviously it will be harder now for others to judge whether your characterization of it is fair. I was actually trying to expand Auster’s one-dimensional vague assertion about “civil wars” into a deeper view, rooted in history going back generations, and to provide an interpretation linking many of the themes you discuss in isolation elsewhere in your blog. In that respect what I wrote is a synthesis into a more complex whole, not a reduction into simpler parts.

As for Auster, I trust readers will note his very “liberal” smear tactics. If there’s a reductionist view here it is his own – with every problem springing either from “liberals” or “anti-semites”. Like “liberal whites” he believes certain people should not be permitted to express our opinions. Like Jacob Levy he’s capable of rationalizing all sorts of reasons. Unlike Levy, Auster claims to oppose liberalism, so when he gets censorious there’s really only one explanation that makes sense. He resents that I see it and point it out. For example, notice that he’s not nearly as willing to shun and silence “liberals” or to delve into their motives as he is with “anti-semites”.

Prior to his civil war comment above Auster has been describing our predicament as “suicidal white guilt”, as if it is our idea to destroy ourselves, and it sprang from thin air. I consider this an unacceptable libel against my people, offered in bad faith in the interest of protecting his own.

I was trying to contribute to the discussion here and don’t wish to derail it. I’ll gladly continue to debate any of this at my own blog.

The image above is from The Censorious Race.

6 thoughts on “A Censorious Debate”