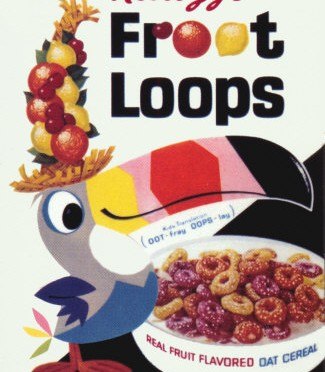 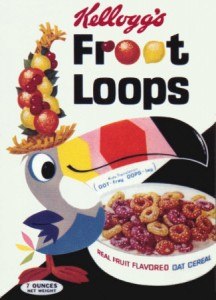 Lawrence Auster’s latest fruitloopery – the “rebuttable presumption“, a term he introduces in the course of smearing Pat Buchanan:

The obvious explanation is animus against Jews. Let’s call it a rebuttable presumption. If Buchanan and others want to rebut it, let them do so.

Let’s call it a new name for a very old, very jewish tactic. The mechanics are simple. They cry “hate”, and you waste your time protesting that it’s not true. Or not. Either way the subject has been changed, you’ve been smeared, and anyone who might come to your defense knows they will be treated likewise.

A few days later an acolyte troubled The Fruitloopy One with an impertinent question. Must my analysis of Buchanan be applied to the Jews?

Is it a rebuttable presumption that any organized Jewish attacks on conservative Christian politicians in the West (America, Western Europe) are motivated by an animus against gentiles? I was under the impression that you attributed Jewish animus towards conservative America as being motivated by their utopian liberalism.

Note how the power of fruitloopery so effortlessly transforms “organized Jewish attacks on conservative Christian politicians in the West” into “The Jews”.

“No, no, no”, protests The Fruity One. “The Jews are compleeeeeetely different. It’s not at all valid to take a standard or line of reasoning I’ve concocted for The Someone Elses and apply it to someone else I wasn’t thinking of. I used “rebuttable presumption” to defend The Jews. You can’t take it and use it against The Jews. That’s just not right. But it sure does remind me of the time another person tried to apply my logic about The Blacks and The Muslims to The Jews.”

That would be Auster’s First Law of Majority/Minority Relations in Liberal Society, whereby The Loopster freely generalizes about groups qua groups:

The more egregiously any non-Western or non-white group behaves, the more evil whites are made to appear for noticing and drawing rational conclusions about that group’s bad behavior.

Does this not fit Whites whom have noticed and drawn rational conclusions about the jewish group’s bad behavior? “Not fair”, scolds His Loopiness, “I only intended My Law (it’s mine, you can’t use it) to apply to the under-achievement and dysfunction of The Blacks and The Muslims, not the border-opening, financial-fraud-creating, minority-under-achievement-and-dysfunction-celebrating, free-speech-snuffing over-achievements of The Jews!”

In Explaining the anti-Semites’ psychology Fructus Maximus Loopus tries to gyrate his way out of answering for his serial intellectual gyrations. He actually places special emphasis on stating, without rebutting, a “rebuttable presumption” he sees aimed at himself:

by the very fact of speaking in defense of white people and white society, what I am really doing is advancing the false and pernicious belief that Jews are on the side of whites. What I am really up to is helping Jews get accepted by whites as part of the white race

He has pondered this before. If he wants to rebut it, let him do so.

It is Mr. F. Loop’s preoccupation with israel and “anti-semites” that reveals what he is really up to. That and his “defense of white people” which includes blaming us for suiciding ourselves, and admonishing us to fix all of the West’s problems by reasserting ourselves. * In pursuing their own interests jews have led the pathologization of White racialism for more than a hundred years. They proudly led the long march of the cultural marxists through our institutions, inverting and/or obliterating our societal norms to soothe their undying alienation. But we don’t need Abe Foxman or Morris Dees to “defend” us from such truths. Ever-ready friends like the Fruitinator will gladly do it for them. That’s how much he cares about us “white people”.

Of course, like so many of the other famous white people defenders throughout history – selfless, censorious men like Ian Jobling – Rooty Tooty Fresh n’Fruity permits himself to distinguish between jewish and non-jewish whites. He is first and foremost pro-jew. In his defense of white people however he will not tolerate anyone who would distinguish between jew and non-jew who is first and foremost non-jew.

So here’s another “rebuttable presumption” for Loopenstein. He wrote in The cause of the white race will not go away:

when I consider today’s systematic campaign, organized and backed by all the ruling powers of society, to put down, demonize, disempower, and marginalize the white race, I think it is shaping up as the greatest crime in the history of mankind

I don’t belive he actually believes this. Fruitby Doo, if you believe this, then when will you call for the arrest and prosecution of the criminals who are responsible? Not “The Jews” Loopadoop – but those jews responsible for this crime you say you’ve noticed, along with everyone else who is responsible. No, of course you won’t. Your “defense of white people” ends where jewish culpability begins.

But never forget: blacks keep indulging in such appalling behavior, decade after decade, because white America keeps giving them the moral sanction to do so–because in the 1960s whites out of a misplaced sense of racial guilt gave up their moral legitimacy and their moral leadership in this country. From which it follows that a decent social and racial order can be only restored in America if whites resume their position of leadership.

“Never forget – Whites are to blame for black behavior.” What would we do without such inspired defense? How would we ever set aside our misplaced sense of racial guilt without Austard’s guilt-tripping us into it?