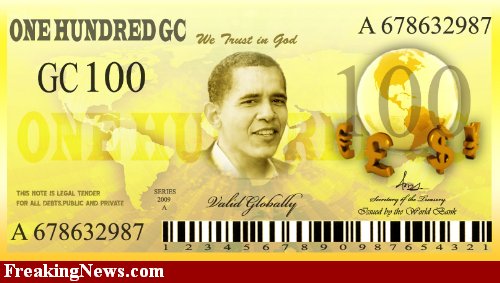 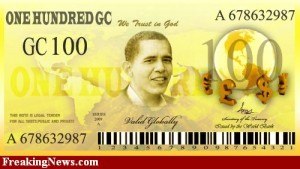 In a radical report, the UN Conference on Trade and Development (UNCTAD) has said the system of currencies and capital rules which binds the world economy is not working properly, and was largely responsible for the financial and economic crises.

It added that the present system, under which the dollar acts as the world’s reserve currency , should be subject to a wholesale reconsideration.

Although a number of countries, including China and Russia, have suggested replacing the dollar as the world’s reserve currency, the UNCTAD report is the first time a major multinational institution has posited such a suggestion.

In essence, the report calls for a new Bretton Woods-style system of managed international exchange rates, meaning central banks would be forced to intervene and either support or push down their currencies depending on how the rest of the world economy is behaving.

So much for that old amero “conspiracy theory”. Globalists, demonstrating how to not waste a crisis, are now openly proposing a global currency. And even if this radical proposal goes nowhere it helps make the relatively less radical amero (which will remain a “conspiracy theory” right up until it or the UNo becomes reality) that much more likely.