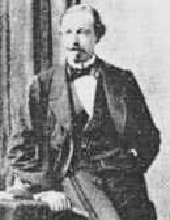 Consider the position of the American Indians at the present day. They live side by side with a people which always wishes to increase in numbers, to strengthen its power. They see thousands of ships passing up and down their waterways. They know that the strength of their masters is irresistable. They have no hope whatever of seeing their native land one day delivered from their conqueror; their whole continent is henceforth, as they all know, the inheritance of the European. A glance is enough to convince them of the tenacity of those foreign institutions under which human life ceases to depend, for its continuance, on the abundance of game or fish. From their purchases of brandy, guns, and blankets, they know that even their own coarse tastes would be more easily satisfied in the midst of such a society, which is always inviting them to come in, and which seeks, by bribes and flattery, to obtain their consent. It is always refused. They prefer to flee from one lonely spot to another; the bury themselves more and more in the heart of the country, abandoning all, even the bones of their fathers. They will die out, as they know well; but they are kept, by a mysterious feeling of horror, under the yoke of their unconquerable repulsion from the white race, and although they admire its strength and general superiority, their conscience and their whole nature, in a word, their blood, revolts from the mere thought of having anything in common with it.

Arther Gobineau, circa 1854, p121 of The Inequality of Human Races, copyright 2009 by General Books LLC.

The idea that white Christian civilization is hated more for its virtues than its sins doesn’t occur to us, because it’s not a nice idea. …

Western man towers over the rest of the world in ways so large as to be almost inexpressible.

It’s Western exploration, science, and conquest that have revealed the world to itself.

Other races feel like subjects of Western power long after colonialism, imperialism, and slavery have disappeared.

The charge of racism puzzles whites who feel not hostility, but only baffled good will, because they don’t grasp what it really means: humiliation.

The white man presents an image of superiority even when he isn’t conscious of it. And, superiority excites envy.

Destroying white civilization is the inmost desire of the league of designated victims we call minorities. …

(As quoted by Landser at OD.)