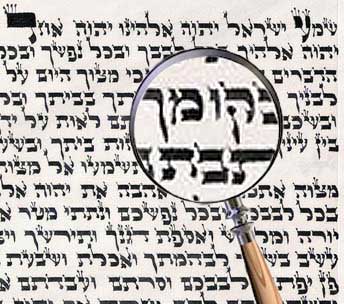 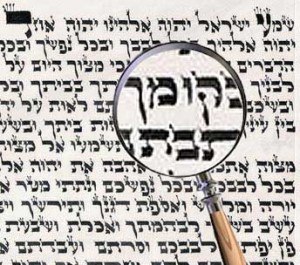 As many regular visitors here probably know, Lawrence Auster has been writing for years about an idea he calls “The First Law of Majority-Minority Relations in Liberal Society”. The essence of it is that “liberalism” dictates that “minorities” who behave worst must be treated best by “the majority”. It’s a valuable insight, but I use sneer-quotes where Auster’s terminology obscures reality. The law is more precisely stated in less euphemistic terms. Neo-liberalism dictates that non-Whites or non-Christians who behave worst must be treated best by White Christians. Jews behave the worst and must be treated the best.

This explains how news and opinion are reported by the media, how subjects are taught in academia, and how policy is formed by the government. Day in and day out they tell us that Whites are monsters and jews are saints.

When I first pointed out that Auster’s law applies to jews he responded first by making an attempt, lame beyond belief, to explain why it shouldn’t, can’t, doesn’t, and musn’t. Then he shifted the argument to what a bad person I was, based in part on my pseudonym. No shit. He eventually settled, and remains settled to this day, on the logically unassailable position that only a “serious anti-semite” would think negatively of jews, therefore such thoughts should be ignored.

That summarizes the exchange until now. I refer those who want more detail to Auster and Anti-Anti-Semitism, which contains my initial challenge and his response. Criticizing Auster reviews the argument eight months later. Other comments regarding Auster are here.

What prompts me to write today is that a few days ago Chechar posted “Auster’s Law and Corollary”. I left a comment there with the two links above and some short comments.

A few days later Auster linked Chechar in The more the Other threatens us , the more we accommodate ourselves to him, yet another pithy formulation of his law that fits jews. Auster no doubt thinks it is a safe statement to make. In his mind anyone who says they feel threatened by jews is declaring themselves a threat to jews, and this in no way represents any special accomodation whatsoever.

Don Marco Jawsario and Hesperado left comments on Chechar’s post arguing against Auster’s law applying to jews. It seems they are unaware of or don’t care what has already been written, but I made some brief responses.

It’s important to know where these commenters are coming from, as Auster is fond of saying. Don Marco Jawsario appears to be Auster’s frequent correspondent Mark Jaws, AKA Marco Jawsario, who is jewish (“in the Army I was usually the only Jew in my regiment”). I have previously written about Hesperado in Hesperation. He has made it clear that he thinks “support for Judaism and the Jews is a non-negotiable virtue”.

Auster obviously formulated his law with muslims and blacks in mind, not jews. He and his supporters want to exclude muslims and blacks (and “anti-semites”) from “our” society, but not jews. They’d like to roust “the majority” to do the heavy lifting, and they point to just the portion of the anti-White system they want us to dismantle. It’s a gambit. They know “the majority” might notice that a particular minority has long been dictating the terms for their own benefit. (After all, here I am saying it.) So for appearences they try to keep their version of the law jew-safe by adding subtle qualifications only indirectly exempting jews. “Oh, misbehavior doesn’t include things like fraud, opening the borders, hate speech laws, bribery, organ trafficing – misbehavior means violence!” Of course when this doesn’t fly it’s right back to the same old story. Blame “anti-semitism”. Jews are exempt and only jew-haters/conspiracy theorists/bad stupid evil subhumans think otherwise.

The question is, why should Whites heed this jew-serving double-talk? The law itself explains this aspect of “majority-minority relations” perfectly. In fact it fits better when they make their excuses and sling their insults than it would if they didn’t. We can pretend the law doesn’t apply to jews, and came from who knows where. Or we can say it does apply to jews, serves their interests, and has been promulgated by them for that very reason.

At the root of this double-talk is Auster’s dissembling. “The majority” is White, and we are quickly being reduced to a minority, not by “liberalism” but by anti-White/pro-jew neo-liberalism. We can argue about whether “the majority” means White Christian, but Christian is an increasingly imperfect proxy for White. Non-White Christians don’t get shit on by neo-liberalism. Non-Christian Whites do. Whites are distinct from “whites”, which is Auster’s term for an amalgam of Whites and jews inseparable except when jews see fit to distinguish themselves for special treatment. The regime is not anti-“white”, it is anti-White. If what is being done to Whites were being done to jews, even as part of an anti-“white” regime, they would call it genocide, and people who tried to paint it as “suicide” would be accused of aiding and abetting that genocide. Auster may get warmer at times, but I don’t believe he will ever come clean about these crucial distinctions. He’s more concerned with the consequences for jews than anything else.

When Auster discusses Whites (euphemized as “the majority”, or “white gentiles”, or “white Christians”) it is only to blame us. He does not blame jews. For example, in Black racial preferences at Annapolis; and a conversation with Paul Gottfried about white guilt,, Jews, and Protestants, Auster writes (my emphasis):

What distinguishes Jewish liberalism from Protestant liberalism is the following: Jewish liberals see white Christians as guilty. The Jews feel OK about themselves, they think the white gentile majority is the problem.

By contrast, white Protestant liberals feel guilty about themselves. This leaves them without a confident group selfhood. They believe only in equality, only in their own guilt for somehow standing in the way of equality. It is this lack of collective and even individual selfhood, this inner nothingness, this willingness to be destroyed, that makes the white Protestants the true liberals.

The Jews, whose collective and individual psyche is not guilty under liberalism (since in the liberal world view Jews are victims and the champions of victims), have psychological power and self-confidence and thus are not true liberals.

Here Auster reveals that when he blames “liberalism” daily for the West’s various ills he’s really blaming White Christians. What do these Protestants feel so guilty about? Has nobody ever pointed out to them that guilt-free White-blaming jews love to conflate misguided liberal equalitarianism with consciously anti-White anti-Christian neo-liberalism?

Auster says jews know what’s going on and think the white gentile majority is the problem. It certainly describes his own view. It explains his regular commands for “the majority” to “reassert itself” by throwing off just those parts of neo-liberalism he doesn’t like. He regularly asserts that “we” are “suiciding” ourselves, as if jews are standing idly by in some ghetto watching instead of actively leading, funding, and participating in the destruction of White society while doing their utmost to protect jews.

The fact that some weak-minded Whites have been convinced to blame themselves and protect jews does not absolve the jews who are involved. What justifies treating jews as a group is how they leap as a group to the defense of the jews who are complicit. Auster got my attention because he’s one of the handful of jews who comments on these things. Even he ultimately sides with the misbehaving jews.

27 thoughts on “The First Law of Jewish Influence”