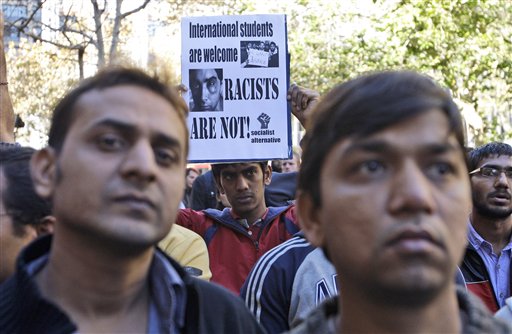 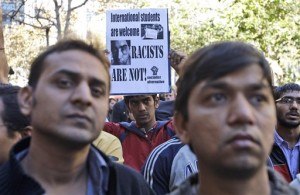 While searching for the government immigration report mentioned in Cheerleading Genocidal Immigration I ran into a recent Australian government report.

Clear-eyed report spells out the risks | The Australian:

THE government’s white paper on counter-terrorism is a landmark, a watershed, a signal moment: choose your metaphor.

What I mean to say is, it’s a very important document, and for none of the reasons you have been hearing about in the past few days.

Sometimes the press gallery and the main media commentators so spectacularly miss the point that you wonder what universe they are living in.

For example, have you heard Hezbollah terror groups are operating in Australia? It’s in the white paper, but not the media.

Have you heard the government has declared the level of terror threat a society faces depends on the size and composition of its Muslim minority? It’s in the white paper but not the media.

The other criticism of the white paper is for using the term jihadist. If it really was Rudd who insisted on this he deserves high praise. It is crucial we tell the truth. The al-Qa’ida version of jihad, like that of the Muslim Brotherhood or of many Wahabi Muslims and of the strand of Shia represented by the Iranian government, is, terribly, a minority but longstanding tradition within Islam. To pretend otherwise is to intellectually disable ourselves.

The descriptive passages in the white paper are written in calm but straightforward language and have the virtue of telling the truth clearly and unapologetically.

One weakness, or contradiction, for the government is that the white paper rightly extols the need for tight border security, yet the government’s policies have weakened border security to our north. Virtually any Middle East or South Asian Muslim who gets to Christmas Island now gets to stay in Australia permanently and ultimately gets access to family reunion. That’s starting to be many thousands of people who have not been chosen under regular Australian procedures.

The white paper is online at Counter-Terrorism White Paper: Securing Australia – Protecting our Community. It is focused on al qaida and muslims. Here are several excerpts that convey the gist.

The scale of the problem will continue to depend on factors such as the size and make-up of local Muslim populations, including their ethnic and/or migrant origins, their geographical distribution and the success or otherwise of their integration into their host society.

Future geo-political events could mean other terrorist movements with a presence or support base in Australia could become willing to engage in operational activity here. And in the future new terrorist threats could manifest themselves in Australia, either as a by-product of events overseas or as a result of a political grievance within Australia. There will always be the disaffected and disempowered, often but not always at the fringes of communities or the followers of radical ideologies, who mistakenly see advantages in the use of terrorist tactics.

The aim of Australia’s counter-terrorism strategy is to protect Australia, its people and interests from terrorism.

Australia’s counter-terrorism efforts are intelligence-led and focused on prevention.

Australia’s counter-terrorism efforts are supported by our open democratic society. There are inherent strengths in our society that make Australia resilient to the divisive worldview of al-Qa’ida and like-minded groups. However, we know from experience that the terrorist narrative may resonate with a small number of Australians. It is incumbent upon all Australians to work together to reject ideologies that promote violence, no matter from where they arise or to what purpose they aspire. We must all support and protect the values and freedoms from which all Australians benefit. By reducing disadvantage, addressing real or perceived grievances and encouraging full participation in Australia’s social and economic life, government policies can help to mitigate any marginalisation and radicalisation that may otherwise occur within the Australian community.

To be effective, Australia must pursue a principled and proportionate response that promotes and upholds the values we seek to protect.

This chapter explains how Australia will counter violent extremism by:

* building on Australia’s history of inclusion, multiculturalism and respect for cultural diversity to maintain a society that is resilient to the hate-based and divisive narratives that fuel terrorism;

Australia’s inclusive, multicultural society is one of our strengths. Australia needs to harness this strength in the face of the divisive narrative of terrorist groups. We have a key interest in not allowing messages of hate to divide our community. Maintaining a resilient society based on shared freedoms, respect and understanding of our diversity helps us achieve that.

Australia is a country that recognises, accepts and respects cultural diversity. However, Australia will not tolerate the propagation of violent extremism and hate under the cloak of that diversity. The Government is committed to promoting respect, inclusion and a sense of belonging, in ways which address issues impeding social cohesion.

Exclusion or marginalisation of any individual or group of people can affect us all. It can affect a society’s cohesiveness, economic performance and, as we have seen overseas, the security and stability of the community as a whole. There are few countries in the world where migrants have achieved the level of economic, political, social and cultural participation that they have in Australia. But we cannot afford to be complacent. We know that a small number of Australians hold extreme beliefs and some of these individuals are or may be committed to supporting or engaging in acts of terrorism.

Media, academia, and government across the West have long been cheerleading for diversity and the immigration that brings it. They have also consistently ignored, disassociated, and otherwise played down and covered up any negative consequences.

This “clear-eyed” report laying out the Australian government’s counter-terrorism priorities only pays lip service to protecting Australia and its people. It actually puts “inclusion, multiculturalism and respect for cultural diversity” first. If this were not the case the report would address the hate-based and divisive pro-diversity, anti-native, anti-White narratives which have promoted and defended genocidal immigration and multicultural policies under the cloak of double-talk about inclusion. It would point out that this has created an islamic terrorism problem where none existed before – no muslim immigrants, no islamic terrorism. It would explain that the biggest threat to an Australian sense of belonging and social cohesion is the immigration of any racial or cultural aliens, and advocate a return to the White Australia policy.

Instead we get a cross-eyed report premised on a bullshit history and orwellian future in which inclusion of diversity produces cohesion.

(The image above comes from Australia Racism Protest Photo. The threat to Australians is not restricted to jihadists. Diversity is divisive. Immigration is genocide.

17 thoughts on “Something Rotten Down Under”