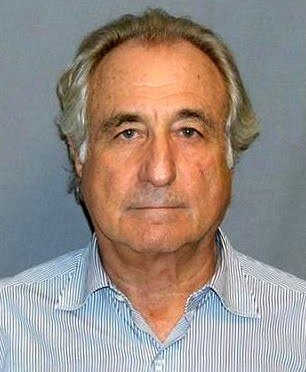 The Madoff Circle: Who Knew What?, by Jake Bernstein, ProPublica:

What these men undeniably shared were similar backgrounds and interests. Based largely in New York and South Florida, they moved through parallel milieus of affluent Jewish country clubs and synagogues. They were active in similar philanthropies and served on the boards of foundations, universities and yeshivas.

The cast of characters, spelled out mostly in complaints filed by the trustee and the SEC, includes: Carl Shapiro,, 97, a Boston-based philanthropist who made one fortune in ladies dresses and a larger one with Madoff; Robert Jaffe, 66, Shapiro’s son-in-law; Maurice “Sonny” Cohn, 79, a onetime Madoff neighbor turned business partner; Stanley Chais, 83, a close friend of Madoff’s for more than 50 years and one of his earliest investors; and Jeffry Picower, a lawyer and accountant, who recently died of a heart attack at 67.

None of these men has been charged criminally. Thus far, federal authorities have indicated in court filings that just one of them – Chais – is the subject of a criminal inquiry. A year ago, The Wall Street Journal, citing anonymous sources, reported that the U.S. Attorney’s Office in Manhattan was investigating at least eight investors, including Picower, Chais and Shapiro.

All have denied being anything but victims of Madoff’s.

Chais, Cohn and Jaffe have drawn considerable ire from investors for running so-called feeder funds that channeled huge sums into Madoff’s investment business. Jaffe alone funneled more than $1 billion of investor money to Madoff, according to the SEC. He worked with Cohn in a business called Cohmad – a contraction of Cohn and Madoff – that operated out of Madoff’s offices. Contrary to what some investors in the funds believed, it appears the men did little to manage the money beyond simply collecting it for delivery to Madoff.

Members of this circle not only did far better than other investors, who averaged 10 percent to 12 percent returns annually, they also had a highly unusual level of input into the nature of their returns.

One thought on “Madoff and Friends”