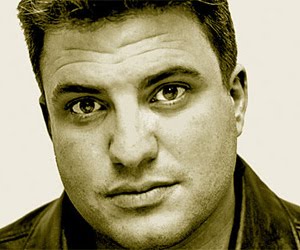 In The anti-white left and the non pro-white right Auster once again describes the aggression of “liberals”, like David Zirin, who he never identifies as a tribemate.

Once again Auster blames the “non pro-white right” “conservatives” for being worst:

The liberal-left’s bigoted campaign to delegitimize and dehumanize conservatives is thus total and absolute.

But the hell of it doesn’t stop there. The worst part is that the conservatives themselves are so much under the thumb of liberal-left premises that they never identify what the left is doing to them, and never attack the left for what it is doing to them.

And once again Auster absurdly links all of this to his truest love, Israel. In conclusion an Auster commenter identifies the problem as a lack of “white” “tribal loyalty”.

Of course anyone who distinguishes jews from Whites, “left” or “right”, is violating Auster’s “liberal” view that any concern by Whites about jews is disgusting and immoral. In his view however, jews can be concerned about Whites – that’s perfectly normal. In “Larry Auster’s lies”, for example, Auster explains his motivation for removing any human value from “conservatives” by painting them as hopelessly sick and immoral “racists” against jews:

Here is my motivation: to expose the anti-Israelism and anti-Semitism that currently are harbored at the heart of the paleocon and immigration restrictionist movements, and to get conservatives and immigration restrictions to reject those evils, so that the cause of saving America and the West is not tainted and discredited by them and might actually have a chance of success.

By his own words and logic, what Auster is really up to is doing his part in the “liberal-left” anti-White cause he knows so well, campaigning to delegitimize and dehumanize the “racists” who identify jewish aggression against Whites. Auster wants Whites to feel tribal loyalty for jews (we’re all just one indivisible “white” tribe, ready to defend Israel) even though jews, far from reciprocating in kind, treat us not just as “others”, but as inferiors to be lectured, commanded, and ultimately punished if we disobey them.