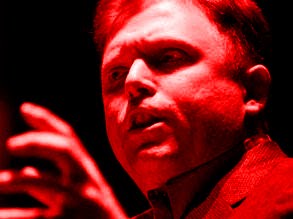 Tim Wise writes An Open Letter to the White Right, On the Occasion of Your Recent, Successful Temper Tantrum, dated 3 November 2010, reproduced here in its entirety:

For all y’all rich folks, enjoy that champagne, or whatever fancy ass Scotch you drink.

And for y’all a bit lower on the economic scale, enjoy your Pabst Blue Ribbon, or whatever shitty ass beer you favor.

Whatever the case, and whatever your economic station, know this…

You need to drink up.

Because your time is limited.

So party while you can, but mind the increasingly loud clock ticking away in the corners of your consciousness.

The clock that reminds you how little time you and yours have left.

Not much more now.

I know, you think you’ve taken “your country back” with this election — and of course you have always thought it was yours for the taking, cuz that’s what we white folks are bred to believe, that it’s ours, and how dare anyone else say otherwise — but you are wrong.

You have won a small battle in a larger war the meaning of which you do not remotely understand.

‘Cuz there is nothing even slightly original about you.

There have always been those who wanted to take the country back.

There were those who, in past years, wanted to take the country back to a time of enslavement and indentured servitude.

There were those who wanted to take us back to a time when children could be made to work in mines and factories, when workers had no legal rights to speak of, when the skies in every major city were heavy with industrial soot that would gather on sidewalks and windowsills like volcanic ash.

There were those who wanted to take us back to a time when women could not vote, or attend any but a few colleges, or get loans in their own names, or start their own businesses.

There were those who wanted to take us back to a time when blacks “had no rights that the white man was bound to respect,” – this being the official opinion of the Supreme Court before those awful days of judicial activism, now decried by the likes of you – and when people of color could legally be kept from voting solely because of race, or holding certain jobs, or living in certain neighborhoods, or run out of other towns altogether when the sun would go down, or be strung up from trees.

And you will lose.

So make a note of it.

Put it on your Facebook wall and leave it there so you’ll remember that I told you so.

It is coming, and soon.

This isn’t hubris. It isn’t ideology. It is not wishful thinking.

The kind of math that proves how your kind — mostly older white folks beholden to an absurd, inaccurate, nostalgic fantasy of what America used to be like — are dying.

You’re like the bad guy in every horror movie ever made, who gets shot five times, or stabbed ten, or blown up twice, and who will eventually pass — even if it takes four sequels to make it happen — but who in the meantime keeps coming back around, grabbing at our ankles as we walk by, we having been mistakenly convinced that you were finally dead this time.

Fair enough, and have at it. But remember how this movie ends.

Michael Meyers, Freddie Kreuger, Jason, and that asshole husband in that movie with Julia Roberts who tracks her down after she runs away and changes her identity–they are all done. Even that crazy fucker in Saw is about to be finished off for good. Granted, he’s gonna be popping out in some 3-D shit to scare the kiddies, so he isn’t going quietly. But he’s going, as all bad guys eventually do.

And in the pantheon of American history, old white people have pretty much always been the bad guys, the keepers of the hegemonic and reactionary flame, the folks unwilling to share the category of American with others on equal terms.

Fine, keep it up. It doesn’t matter.

And unlike, say, the bald eagle or some exotic species of muskrat, you are not worth saving.

In forty years or so, maybe fewer, there won’t be any more white people around who actually remember that Leave it to Beaver, Father Knows Best, Opie-Taylor-Down-at-the-Fishing Hole cornpone bullshit that you hold so near and dear to your heart.

So to hell with you and all who revere you.

By then, half the country will be black or brown. And there is nothing you can do about it.

And by then you will have gone all in as a white nationalist movement — hell you’ve all but done that now — thus guaranteeing that the folks of color, and even a decent size minority of us white folks will be able to crush you, election after election, from the Presidency on down to the 8th grade student council.

Like I said, this shit is math, baby. And numbers don’t lie.

Bottom line, this too shall pass.

So enjoy your tax cuts a while longer.

Go buy whatever you people buy when your taxes get cut: a new car or two, a bigger house, an island. Whatever.

Go back to trading your derivatives, engaging in rampant financial speculation that produces nothing of value, that turns the whole world into your personal casino. Whatever.

Play your hand, and for the love of God play it big. Real big. As in, shoot for the moon big. As in, try to privatize Social Security, and health care, and everything else. Whatever.

At least that way everyone will be able to see what you’re really about.

We’ve been trying to tell them, but nothing beats seeing it with your own eyes, so “Go big or go home,” Bubba.

“Cowboy up,” or whatever other stupid-ass catch phrase strikes your fancy.

Just promise you’ll do more than talk this time.

Please, or as one of your celluloid heroes might put it, “make my day.”

Do whatever you gotta do, but remember that those who are the victims of your greed and indifference take the long view.

They know, but you do not, that justice is not for the sprinters, but rather for the long distance runners who will be hitting their second wind, right about the time that you collapse from exhaustion.

You have had this confidence before, remember?

You thought you had secured your position permanently after the overthrow of reconstruction in the wake of the civil war, after the elimination of the New Deal, after the Reagan revolution, after the Republican electoral victory of 1994. And yet, they who refuse to die are still here.

Because those who have lived on the margins, who have been abused, maligned, targeted by austerity measures and budget cuts, subjected to racism, classism, sexism, straight supremacy and every other form of oppression always know more about their abusers than the abusers know about their victims.

They have to study you, to pay careful attention, to adjust their body armor accordingly, and to memorize your sleep patterns.

You, on the other hand, need know nothing whatsoever about them. And this, will surely prove fatal to you in the end. For it means you will not know their resolve. Will not fear it, as you should.

It means you will take their greatest strength — perseverance — and make of it a weakness, called losing.

And those who suffer know how to suffer, which is to say they know how to survive: a skill that is in short supply amid the likes of you.

You, who could not survive the thought of minimal health care reform, or financial regulation, or a marginal tax rate equal to that which you paid just 10 years earlier, perhaps are under the illusion that everyone is as weak as you, as soft as you, as akin to petulant children as you are, as unable to cope with the smallest setback, the slightest challenge to the way you think your country should look and feel, and operate.

And they know how to regroup, and plot, and plan, and they are planning even now — we are — your destruction.

And I do not mean by that your physical destruction. We don’t play those games. We’re not into the whole “Second Amendment remedies, militia, armed resistance” bullshit that your side fetishizes, cuz, see, we don’t have to be. We don’t need guns.

We just have to be patient.

And wait for your hearts to stop beating.

And stop they will.

And for some of you, real damned soon, truth be told.

Do you hear it?

The sound of your empire dying? Your nation, as you knew it, ending, permanently?

Because I do, and the sound of its demise is beautiful.

If you thought this election was payback for 2008, remember…

Payback, thy name is…