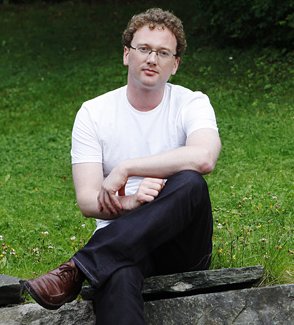 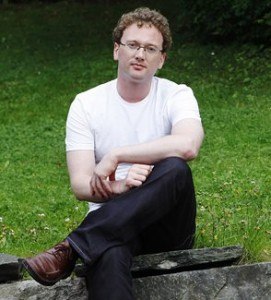 A series of three articles from Views and News from Norway concerning Breivik, Fjordman, and the larger, longer-running, lopsided debate they’re on the politically incorrect side of.

Anders Behring Breivik is by no means Norway’s first home-grown right-wing extremist. Concerns are rising that the country, with its relatively small population, has produced what some experts call a disproportionate amount of internationally known extremists, and some link it to a history of fremmedfrykt (fear of foreigners).

While Norwegian society generally has grown more tolerant and internationally oriented in recent decades, there’s long been a tradition of wariness among Norwegians regarding people they don’t know. While Norway has produced record numbers of its own emigrants, many haven’t been particularly welcoming towards immigrants who’ve arrived in Norway during the past few decades.

That’s given rise to criticism of asylum and immigration laws that some view as too liberal, and in turn a rise in some hateful rhetoric against foreigners in online debates. Fear of being branded a racist for criticizing immigration policies, however, has shut some out of the debate, leading to frustration when they can’t have their say.

Author and journalist Øyvind Strømmen has followed the types of websites where Breivik, who has confessed to terrorist attacks that left 77 persons dead, was active in online debate. The extreme and hateful rhetoric found on many of the sites, Strømmen told newspaper Aftenposten this week, “is so uncomfortable that those wanting a factual and rational debate pull out. That leaves the debate to more and more extremists on the left and the right.”

Never mind the completely rational fear of social and even criminal sanction. Ironically, Fjordman has used the same disingenuous argument as Strømmen – anyone whose opinion he doesn’t like is irrational, or just plain stupid. The fact remains that it’s only one side that has to find the courage, or foolhardiness, to debate. There is no lack of fearless, rational people on the other side, arguing in favor of genocidal immigration and multiculturalism. They’re just intelligent enough to pretend it isn’t genocide. Instead of saying directly that they think indigenous Whites have a duty to abide and even accomodate their legal and demographic subordination, most characterize their position instead as favoring “tolerance” and “diversity”. Instead of saying directly that they favor repression of indigenous White resistance to subordination, most simply pathologize and demonize it, painting it as something bad or even evil.

The debate is so lopsided that all the pro-genocide side has to do is sprinkle a few special words into their argument – “nazi”, “racist”, “xenophobe”, “extremist” – to end any debate. Arguing against such rhetoric is taken as an affirmation that you are what they say you are.

Strømmen stressed to Aftenposten that he has no theory as to what’s really created the right-wing extremists in Norway like Vikernes, Breivik and Fjordman, while Anders Jupskås at the University of Oslo thinks the issue should be researched. Strømmen does think Fjordman spreads a dangerous ideology, though, because he indirectly inspires violence by indicating that armed resistance is the only alternative against Islam, and that western leaders have betrayed their people.

These intellects don’t have a theory because the most rational theory – that foreigners are what breeds fear of foreigners, that genocide is what inspires anti-genocidal rhetoric and even violence – is unthinkable to them. At least where Whites are the victims, rather than the perpetrators. These are not the high-minded, neutral researchers they pretend to be, but partisans that either firmly believe that there is no such thing as Whites, never mind indigenous Whites, or that Whites have no legitimate cause to resist a regime – their government, media and academia – deliberately inflicting conditions that are bringing about their physical destruction.

The anonymous blogger “Fjordman,” who is repeatedly referenced in the manifesto of Oslo and Utøya terrorist attacks suspect Anders Behring Breivik, was being questioned by Norwegian police on Thursday afternoon after authorities found out his real identity. The international links between Breivik and other far right groups have also continued to be revealed, as well as the suspect’s financial details and a number of other new facts about the case.

Spokesperson Pål-Fredrik Hjort Kraby told Norwegian Broadcasting (NRK) that “Fjordman” was seen as an “especially central” witness for the case given the influence he appears to have had on the suspect.

“Fjordman” had finished his own blog in 2005 but made a public statement on the Gates of Vienna website after the Oslo and Utøya attacks to reject claims that he was Breivik. The blogger said that he “extremely disliked” being mentioned in Breivik’s writings, claiming that he has “never” met the terror suspect. He had continued to contribute to such foreign far right websites after ending his own blog.

Fjordman’s statement on Breivik is here: Thoughts on the Recent Atrocities.

36 year-old Peder Jensen has given an interview to Norwegian newspaper VG where he reveals that he is the man behind the “Fjordman” blog referenced repeatedly in the online manifesto of Oslo and Utøya attacks suspect Anders Behring Breivik.

After being identified by the police and subsequently questioned on Thursday afternoon, Jensen met reporters from VG at an Oslo café. He chose to use his real name after receiving advice from a lawyer, and has asked the media to leave him and his family alone. He also confirmed that he would never again use the pseudonym “Fjordman” because he does not “wish to be associated with Breivik and his horrible actions.”

Jensen told VG that he had “warned” his family in advance about shedding his anonymity, adding that “because of my own safety, I’m now going into hiding.” He had felt it was his “duty” to cooperate with the police investigation and decided to be interviewed under his real name because it “eventually would have emerged anyway, resulting in a media frenzy.” Jensen commented, “it is also a way for me to clear my name.”

The blogger disclosed that he had exchanged a number of emails with Breivik in 2009 and 2010. Breivik told Jensen that he was writing a book and asked if they could meet. Jensen turned down the offer “not because of his extreme views, but because he didn’t seem very interesting – like a vacuum cleaner salesman.” “‘Pie in the sky,’ I thought to myself when I re-read the emails,” Jensen added. He confirmed investigators had confiscated his computer, stressing that “they won’t find anything on my computer regarding any criminal matters or Breivik.” VG suggests that Jensen “feels that the police are looking to implicate him.”

In further excerpts of the interview reported by news agency NTB, Jensen said, “I recognize that people need a scapegoat, and now that Breivik is behind bars, I can become a handy scapegoat, especially because I am the only Norwegian he referenced.” He added that he understood that he could be regarded as “a hate object.”

In terms of Jensen’s background, VG reports that he originally comes from the town of Ålesund on the west coast of Norway. He claims that while he has long voted for the Labour Party and voted for the Progress Party more recently, he has never been a part of a Norwegian political party, and has only handled a gun during military service, where he describes himself as “no good soldier.” He holds a masters degree in culture and technology from the University of Oslo, where he completed a dissertation on “censorship and blogging in Iran.” He also studied Arabic at the American University in Cairo and the University of Bergen.

Despite the significance of the issue, these articles make no mention of Breivik or Fjordman’s professed love of jews and hatred of nazis. As Jensen himself has found it convenient to scapegoat “nazis”, he speaks with authority on that subject.

At any rate, the sanction the media heaps upon simple writers like Fjordman, to which the government may eventually add, illustrates the point I made above. The idea that the responsibility for the crimes and violence committed by alien interlopers lies with them never comes up for debate, much less the indirect responsibility that belongs to their enablers and apologists. What gets the media spotlight instead is even more indirect – those bad, evil people who supposedly cause anti-immigrant crimes and violence with their “extremist” ideas and rhetoric against crime, violence and the supporters of genocidal immigration and multiculturalism who enable and defend it.

(Views and News from Norway link via a comment by Rollory on Kay on Breivik on “The Jew”.)