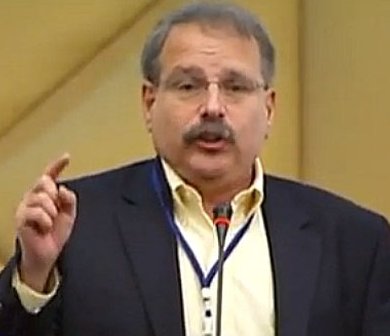 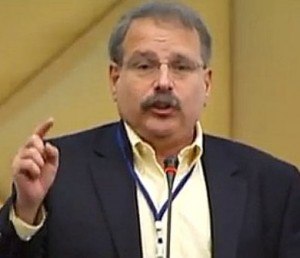 In Why I am using ‘Israel firster’ again M.J. Rosenberg writes:

Short definition: you are an Israel Firster if you believe it is acceptable to criticize US Presidents (whether Obama, Bush or any other) but believe that you must stand behind any and all Israeli policies and prime ministers. Call it “my country, right or wrong” but with a significant twist.

The reason Israel Firster became so explosive in 2012 is because (1) this is the year the lobby wants the United States to either attack Iran or allow Israel to do it and (2) this is the year in which tens of millions of dollars of unregulated campaign contributions are flowing to the Republican candidate for president simply because the single-issue crowd believes that Mitt Romney is the candidate most likely to fit comfortably in Netanyahu’s pocket.

The lobby’s biggest fear is that the American people will figure this out and that the blow back will harm the US-Israel relationship.

Frankly, I share part of that worry. But my fear is that if the American people do figure out what AIPAC and its friends are up to, it could harm us here. After all, the lobby has done a great job convincing Congress and opinion leaders that they represent all Jews not just 4%.

I don’t want my kids or theirs tainted with any association with those who are pushing for war with Iran, as they did with Iraq, or who blackmail presidents into supporting policies that harm the United States.

How to prevent that?

Frankly, I think I’m more than entitled to call this spade a spade. I have supported Israel (not, however, its more horrific policies) my whole life. I believe that Israel should survive and live in security, in some kind of arrangement with the Palestinian people who deserve peace, security and sovereignty just as much as Israelis do. Also, I speak as someone whose own kids are first generation. Their mom, my wife, was born in a Displaced Persons camp in Germany to two Polish Jews who survived the Holocaust.

I simply cannot be intimidated by those who business is intimidation. The way I see it, both my country, America, and a country I deeply care about, Israel,and the Jewish people are all being placed at risk by a small bunch of multi-millionaires and billionaires whose only interests are self-aggrandizement, hob-nobbing with those in power, and crushing anyone who gets in their way.

One day, everyone will understand that. It should be our mission to make sure that before they do, we break the back of an unrepresentative, dishonest and corrupt lobby that jeopardizes us all.

Rosenberg insinuates that he speaks for 96% of jews. According to him the problem with Israel-firsters is that what they’re doing isn’t good for the jews. What’s more, as an entitled, morally self-righteous, holocaust-invoking jew he won’t be intimidated into silence by the entitled, morally self-righteous, holocaust-invoking jews in the other 4%.

Mitt Romney, the Republican candidate for president, is at this moment in Israel performing his humiliating donning-of-the-skullcap ceremony, pledging fealty and obeisance to the interests of an alien nation.

This bizarre pilgrimage and rite of misdirected loyalty has become de rigueur for all aspirants to political “leadership” today, no matter their religious, political or state affiliation. Obama too, First Jewish President, “leader” of the free world, has already performed, and today is blasted for not renewing his vows.

Such is the thoroughly judaized state of the current regime. After decades of purges the only open opponents to the Israel-firsters who remain are jew-firsters. Where the Israeli-firsters wear their loyalty more or less on their sleeves, their jew-firster critics, like Rosenberg, are just as corrupt and dishonest in that they misrepresent the nature of the whole dispute as political or economic when it is in fact purely jewish. The primary concern, on all sides, is what’s best for jews. They simply disagree about what’s best for which jews.

The image above comes from the jew-firsters at Breitbart, who cite and join a broad swath of organized jewry denouncing Rosenberg, explaining:

While the term [Israel-firster] might not immediately be considered derogatory, in context, it’s usually apparent that it’s not meant in a positive way.

It all depends on the point of view. Whites are regularly subjected to intentionally derogatory terms such as “racist”, “nazi”, and “White supremacist”. None of this is meant in a positive way either, except again in the sense that it comes from people whose main obsession is what’s best for the jews.

13 thoughts on “Jew-Firsters vs Israel-Firsters”