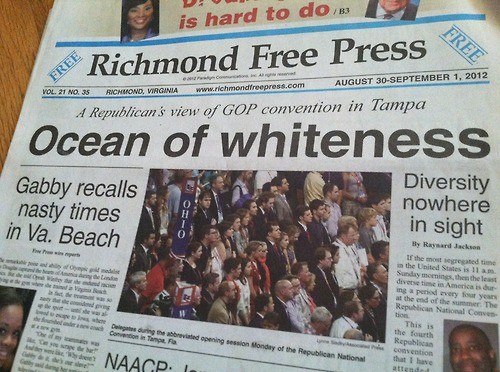 The Richmond Free Press is an independent newspaper in Richmond, Virginia. Published on a weekly basis, it is mainly targeted at the city’s African-American community.

It’s amazing how the anti-White narrative works, isn’t it? Blacks are polling at 0 percent for the White candidate, but Whites are the ones who are supposed to feel guilty about it.

16 thoughts on “Ocean of Whiteness”