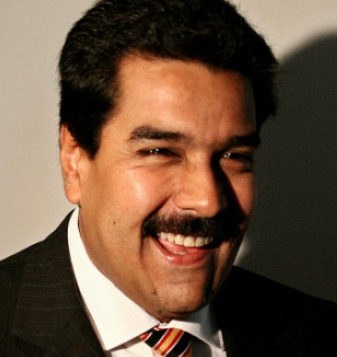 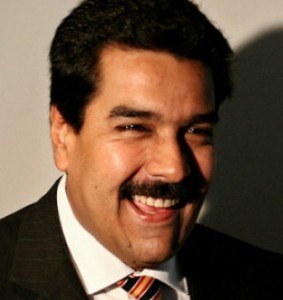 A reminder from Venezuela regarding the cryptic, biological nature of jewish identity.

In an interesting twist, [Nicolás] Maduro, the political successor of the late president Hugo Chávez, told the press last week that he himself was descended from Sephardic Jewish ancestors.

“My grandparents were Jewish, from a [Sephardic] Moorish background, and converted to Catholicism in Venezuela… The mother of [Minister of Communication and Information] Ernesto Villegas also comes from a similar background,” Maduro said last week

Yet, he said, “if there is a people that has a rich socialist tradition, it’s the Jewish people… We respect their history.”

He said the people who hated and killed Jews during the Holocaust were members of the far-right who built on the ideas of Benito Mussolini and Adolf Hitler, and not supporters of the ideals advocated by the Russian communist leader Vladimir Lenin.

In casting left/right attitudes as pro-jew/anti-jew Maduro argues not only that jews matter, but that he identifies with them as a people, both biologically and ideologically, seeing himself on their side not only by heritage but in his view of history and politics as well.

The article is vague on this point but Maduro’s grandparents, like others of “similar background”, would most likely be descended from jews who last openly practiced judaism at least 500 years ago. After “converting” such crypto-jews somehow miraculously managed to identify a mate and raise a family with “similar background” through 25 or so generations.

The History of the Crypto-Jews/Hispanic Sephardi conveys the usual jewish explanation for this remarkable phenomenon:

The experience of the Crypto Jews in the Western Hemisphere was a litany of suffering, continual fear, social, political, professional, and religious suppression and murder. As late as the 1850s the Inquisition was finally officially ended in Mexico, and elsewhere a little sooner; however, overt discrimination and random incidents of lynching and murder continued until well into the 1950s in what we now call “Latin America”.

The final result of approximately one thousand years of persecution and murder of the Spanish and Portuguese Jews (minus the three hundred years of the “Golden Age”) caused many families who immigrated to the New World to become Crypto Jewish, while living their public lives as Catholics. In the Americas, some of the Crypto Jews reverted back to being openly Jewish, only to find a few years later that the Inquisition had followed them to their new homes, and they were forced to go back into hiding again. All of these people, the “Conversos” or “New Christians”, were forced to submit to Catholicism, thus in Hebrew they are referred to as the “Anusim” or “those who were forced.”

It has been approximately fifteen-hundred years since the emergence of Crypto Jews in the Iberian Peninsula, and five-hundred years since Crypto Judaism moved to the Americas. Today we find a large Crypto Jewish presence throughout the Western Hemisphere. No one knows for sure how many there really are, however in Brazil alone an estimated 10 to 25% of the total population are Crypto Jews, which translates to 15 to 40 million people.

While not all people of Crypto Jewish lineage are prepared at this time to accept the challenge to return to living a fully Jewish life, there are thousands, if not millions who are hungry to learn and to reconnect with G-d as Jews.

Jewishness has more to do with genetic lineage and an awareness of oneself, furtively or not, as a jew. Religion ranks somewhere below both.

The jewish version of history is a one-sided “litany of suffering, continual fear, social, political, professional, and religious suppression and murder” of jews. According to jews, whatever mischief jews get up to the Other gets the blame for it all, including even for jews disguising themselves.

The period jews regard as their “Golden Age” occurred during the Moorish/muslim occupation of Spain. From the perspective of jews, however bad muslims have been, European Christians have always been worse.

53 thoughts on “Peekaboo, Another Jew”