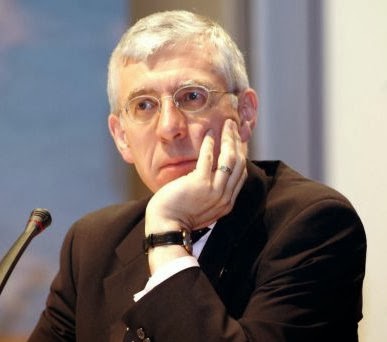 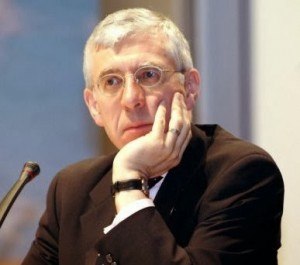 Former Israeli Knesset Member Einat Wilf was in attendance at the debate and posted Straw’s comments on her Facebook page.

Straw said, according to Wilf, that the greatest obstacles to peace between Israel and the Palestinians and her Arab neighbors are the “unlimited” funds available to Jewish organizations and AIPAC in the US, as well as Germany’s “obsession” with defending Israel.

“I guess he neglected to mention Jewish control of the media…,” Wilf added on her Facebook status.

Indeed. The controversy has to do with the publicly stated belief of a major figure in British politics regarding jewish influence over US foreign policy. It is being widely reported and commented on in the portion of the jewsmedia aimed at jews, and hardly at all in the jewsmedia for non-jews. Non-jewish interests are neither informed nor served by this discrepancy. Wilf implies that non-jews control the media and are responsible for this.

Straw has confirmed and expanded on his statement, explaining that he’s trying to help the jews. I’m not remotely anti-Semitic, says ex-British FM Straw, The Times of Israel, 28 Oct 2013:

“I am not remotely anti-Semitic. Quite the reverse. I have all my life strongly supported the state of Israel, and its right to live in peace and security,” Straw wrote in an email.

Lastly, the former foreign secretary said he had addressed “the problems which faced President [Barack] Obama from AIPAC and the ‘Israeli lobby’ more generally.” He said he had “pointed out that Prime Minister Netanyahu was a player in domestic US politics, on the Republican side, and that under US political funding rules (or their absence) huge sums were spent by AIPAC in support of some elected politicians (or candidates), and against others. This is in sharp contrast to the rules in the UK, where spending is tightly controlled,” he wrote.

“None of this is ‘anti-Semitic,’” Straw concluded. “There are plenty of people in Israel who take a similar view to me — not least (as I do) because they believe that the current approach of the Government of Israel will weaken the position of the state of Israel in the medium and long-term.”

For jews like Jonathan Tobin at Commentary Magazine these sick rituals serve as a pretext to get on his jewsmedia soapbox and explain, to jews and their allies, that jews are really the victims here. In Nothing Legitimate About Anti-Semitic Slur he notes “traditional anti-Semitic stereotypes about Jewish money and insidious attempts to control the policy discussion” and implies they are “conspiracy theories that are thinly veiled new versions of traditional myths about Jews”.

Of course, these regular rituals reinforce these stereotypes about jews. Tobin’s screed only adds to the insidious jewish attempts to control the policy discussion. He sees “jew-hatred” and “nasty stuff” in Jack Straw’s words, and thinks it “tells you all you need to know about the rising tide of anti-Semitism in Europe”. And it does. Jewish power harms others, creating hatred all around. Tobin, like most jews, simply hates and blames anyone but jews for it.

Tobin claims that “Straw’s charges” “are easily dismissed”, asserting that “the vast, wall-to-wall bipartisan coalition that supports the Jewish state is a function of American public opinion, not Jewish money”. If that were true there would be more reporting and discussion of Straw’s statements in places where American public opinion is shaped. Instead it is restricted almost entirely to jews talking to jews about it. To the extent non-jews are even made aware, it’s only to be put on notice that their concerns will not only be ignored, but will be regarded as offensive:

Making such accusations is offensive rather than just wrong because, as Straw knows very well, talking about Jewish money buying government policy is straight out of the anti-Semitic playbook of the The Protocols of the Elders of Zion. The purpose of such claims is not to argue that Israel’s supporters are misguided so much as that they are illegitimate.

Jewish money and lobbying has an obvious effect on government policy. Somebody must be accountable for this, but in the fevered minds of jews like Tobin, it cannot be jews. According to him jewish power is not illegitimate or wrong, recognition and opposition is. He defends jewish power by attacking, crying out in pain as he strikes.

This is perfectly stereotypical behavior for jews. The best hope for change is that others come to see it for what it is and come to the realization that a gang of unscrupulously and unapologetically jew-obsessed jews having such influence over their governments, their media, their finance, cannot be good for them.