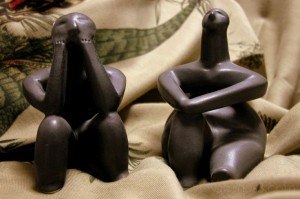 It also pre-dates the Aryan invasions of Europe.

Harald Haarmann is the world’s leading expert on ancient scripts and languages. According to him, these are the oldest writings in the world invented by and ancient civilization that existed in the Balkans thousands of years ago.

This implies that the first high culture in the world originated in the Balkans. So Mesopotamia would no longer be called the Cradle of Civilization. The ancient culture in the Balkans is thousands of years older. The tablets of Tărtăria were found in Romania and they are dated 5500 BC.

Old Europe – The Danube River Valley Civilization 5000 B.C. – 3000 B.C links many images of artifacts from various sources on the web.

Danube Valley civilization or the term Old Europe is the name for several advanced cultures in southeastern Europe and surrounding areas who were connected to the Danube River valley. It was a cycle of cultures beginning somewhere between 7,000 – 6,200 BC,[1] its time of peak were 5,500 – 3,500 BC, from 3,500 – 3,000 BC the civilization fell into decline. The main reason for this were perhaps the arrival of the Indo European speaking people from Eastern Europe.

The Danube valley civilization is largely a forgotten, rather than lost civilisation.[57] The upheavals that followed the Indo-European infiltrations into Europe from 4300 BC to 2900 BC transformed differents regions at different times. A few areas were left relatively unaffected.

Modern observers have projected quite different visions on the remains of Old Europe. But this much is clear—far earlier than before recognized, southeastern Europe achieved a level of technological skill, artistic creativity, and social sophistication that defies our standard categories and is just beginning to be understood in a systematic way.

5 thoughts on “The Danube Valley Cultures of Old Europe”