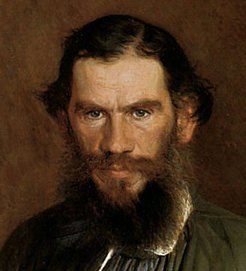 The closer we look, the less superior humans are, Financial Times, 8 September 2014:

The more closely scientists look at other species, both extant and extinct, the less remarkable our own becomes. Nearly everything we once thought made us human, does not. This sobering message is reflected in Yuval Noah Harari’s bestseller Sapiens: A Brief History of Humankind, which provocatively challenges the concept of human uniqueness. Homo sapiens is unique only in the literal sense that every other member of the genus Homo died out.

Yockey identified the force driving such “provocative” ideas as Rationalism. He was wrong. The driving force is jews. In fact, one of their most effective tactics has been to assert their own uniqueness while challenging everyone else’s.

We return now to where we started this series, in the section of Imperium titled Cultural Vitalism, page 248:

If two individuals, widely separated geographically, and in no contact with one another, develop similar inventions, similar philosophies, chose the same subject matter for drama or lyric — this is not “influence” nor “coincidence,” but a reflection of the development of the Culture to which both belong.

Yockey is compelled to make such silly assertions by his insistance on the primacy of spirit and culture. A mechanical, material connection – i.e. biology, shared heritage, DNA – provides a far better explanation.

Consider “emancipation”. Who invented this idea? More important, who promoted it and used it to emancipate the jews, the negroes, women, etc?

Yockey asserts beliefs, not facts. It is the material, the DNA, which provides the unity for which Yockey offered no explanation. Page 251:

The intensity of the impression of the Culture on individuals is proportional to their receptivity to spiritual impressions. The individual of small soul and limited horizon lives for himself because he understands nothing else. To such a man Western music is merely an alternate up and down, loud and soft, philosophy is mere words, history is a collection of fairy-tales, even the reality of which is not inwardly felt, politics is the selfishness of the great, military conscription a burden which his lack of moral courage forces him to accept. Thus even his individualism is a mere denial of anything higher, and not an affirming of his own soul. The extraordinary man is the one who puts something else before his own life and security.

Indeed, there is a qualitative difference between an individualist and someone who sees themselves as part of a larger whole. I might even describe the difference metaphorically as spirit or soul. But I can’t help wondering… How does it work? Where does it come from? Is it heritable?

Because Yockey regarded spirit and soul as primal, he did not ask such questions. Thus also his concern was for “the Western Culture” and “the Western civilization” rather than the European people, whom he subdivided into two main classes according to spirit: the masses and a much less numerous culture-bearing stratum. Page 253:

In earlier centuries, the common man did not attend the Cultural drama. It did not interest him, and the participants were not yet under the Rationalistic spell, the “counting-mania,” as Nietzsche called it.

Counting-mania, i. e. voting, the fraud of democracy.

In earlier centuries there was no suggestion anywhere that the masses of the population had a part to play. When this idea does triumph, it turns out that the only role these masses can play is the passive one of unwieldy building material for the articulate part of the population.

There is in all Cultures a spiritual level of the entire population called the Culture-bearing stratum. It is this articulation of Culture-populations alone which makes the expression of a High Culture possible. It is the technic of living, the habitus of the Culture. The Culture-bearing stratum is the custodian of the wealth of expression-forms of the Culture. To it belong all the creators in the domains of religion, philosophy, science, music, literature,

the arts of form, mathematics, politics, technics, and war, as well as the non-creators who fully understand and themselves experience the developments in this higher world, the appreciators.

Yockey could have placed the creators in their own “culture-creating stratum”, but that would have been an acknowledgement that spirit and culture springs from the material. His preference for “culture-bearing” better fits his spirit-first premise. Page 255:

Within this stratum there is constant struggle between Tradition and Innovation. The strong, vital part naturally represents the new, forward development, affirming the next age. It is the function of Tradition to assure continuity.

Sure, in a healthy culture. As it stands now, decades after Yockey wrote, Tradition has lost. Whites are being discontinued. Innovation describes the endless new ways in which anything associated with Whites is deconstructed, denigrated, desecrated, defiled, destroyed.

Yockey again emphasizes the immaterial nature of his ideas, and their connection to the thesis of Imperium, “the Idea”. Page 256:

The Culture-bearing stratum, articulated into creators and appreciators, is invisible as such. It corresponds to no economic class, no social class, no nobility, no aristocracy, no occupation. Its members are not all public figures by any means. But by its existence, this stratum actualizes a High Culture on this earth. If a process had existed by which members of the stratum could be all selected, the extra-European forces would probably have exterminated it in the attempt to destroy the West. The attempt would not have succeeded, for this stratum is produced by the Culture, and after a long period of chaos — a generation or two, depending on circumstances — this Cultural organ would have been again present, including in its numbers descendants of the invaders, who would also succumb to the Idea.

Recall how Yockey previously described the Idea. On page 64:

First is the Idea — not an ideal which can be summed up in a catchword, or one which can be explained to an alien, but a living, breathing, wordless feeling, which already exists in all Westerners, articulate in a very few, inchoate in most. This Idea, in its wordless grandeur, its irresistible imperative, must be felt, and thus only men of the West can assimilate it. The alien will understand it as little as he has always understood Western creations and Western codes.

Returning to the nature of the culture-bearing stratum, on page 257:

The notion of mere prominence must be dissociated strongly from the idea of belonging to this stratum.

The notion of prominence is related to the idea of the Culture-bearing stratum in this way: every man who is prominent in any field, and who also has inner gifts, of vision, appreciation, or creativeness, naturally belongs to this stratum.

The Culture-bearing stratum has its highest importance now, rather than in previous centuries, because it is a relatively tinier minority.

The tension can be suggested in figures: there are not more than 250,000 souls in Europe who constitute by their potentialities, their imperative, their gifts, their existence, the Culture-bearing stratum of the West. Their geographical distribution has never been entirely uniform.

Yockey details the who, where and when of this nonuniform distribution, but provides no how or why. The purely spiritual requires no such explanation. It is by considering the material, and specifically the agency and activities of the Other, the parasite, the jews, that helps explain how and why Western civilization flourished and floundered at various times and places.

Yockey describes the stata below the creators and appreciators.

The articulation of the Culture has three aspects: the Idea itself, the transmitting stratum, those to whom it is transmitted.

The latter comprise the vast numbers of human beings who possess any refinement whatever, who maintain a certain standard of honor or morality, who take care of their property, who have self-respect and respect the rights of others, who aspire to improve themselves and their situation instead of pulling down those who have enriched their inner life and raised themselves in the world. They are the body of the Culture vis-a-vis the Culture-bearing stratum as its brain, and the Idea as its soul.

But beneath all this is the stratum totally incapable of cultural attainment, even the most modest: the mob, canaille [rabble, riffraff, proletarian from Latin: canis (dog)], Pobel [pöbel: rabble, mob, riffraff], underworld, profanum vulgus [the common herd], the “common man” of the American cult. These preside at every Terror, listen wishfully to every Bolshevik agitator, secrete venom at the sight of any manifestation of Culture or superiority.

As soon as a creative man makes his resolve and proceeds with his work, somewhere else in a dark envious soul there rises a crooked determination to stop him, to smash the work. In his later years the Nihilist Tolstoy gave perfect expression to this basic fact with his formula that not even one stone should be on top of another. The slogan of the Bolshevik in 1918 was also illuminating: “Destroy Everything!” In our age this underworld is in the possession of the class-warriors, the rear-guard of Rationalism. It is thus working, from the larger political viewpoint, solely for the extra-European forces. Previous rebellions of this stratum were all doomed because of the unity of the Culture, the pristine vigor of the creative impulses, and the lack of external danger of such crushing proportions as exists in this age. Its history is not yet over with. Asia has use for this stratum, and plans for it.

I sought out an explanation of Yockey’s description of Tolstoy as a nihilist and found How Tolstoy Faced Down Nihilism (circa 1878):

At the age of fifty, Tolstoy achieved everything he desired from life. A famous novelist, happily married with six loving children, and the owner of a 16,500-acre estate, he should have been supremely happy.

Just before he turned fifty, Tolstoy experienced moments of perplexity and an arrest of life, when two questions began to recur oftener and oftener: What is it for? What does it lead to? At first, the questions seemed “stupid, simple, and childish,” but soon he became convinced they were the most important and profound of all life’s questions.

Unlike few of us, Tolstoy had fulfilled his every desire, and he had nothing left to wish for. He no longer could close his eyes to avoid seeing that nothing lie ahead for him but suffering and death — complete annihilation. He beheld what he believed was the fundamental truth of human existence — life is meaningless.

Life is ultimately meaningless from the point of view of an individualist, an egoist, someone absorbed in themselves and their limits, their insignificance, their mortality. This is not so for the tribalist, nationalist, racialist or even humanist – those who see something beyond and greater than themselves, something they are part of but which is less finite and potentially immortal.

Addendum: Coincidentally today is Leo Tolstoy’s 186th birthday and he is commemorated by a “Google doodle” as described by The Guardian in Leo Tolstoy: an epic Google doodle for novelist of ‘astonishing scope and vigour’. I saw no mention of his nihilism.

One thought on “Yockey on Culture and Race – Part 7”