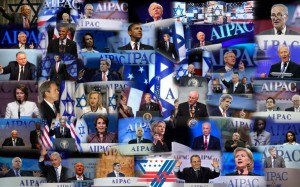 Robert Ransdell’s slogan, “With Jews We Lose”, is excellent. It is a clear and pithy statement of fact which provokes exactly the kind of fundamental, existential thoughts about identity Whites need to be thinking.

Who is us? What’s best for us?

The answer to both questions is: Not jews.

Traitorous fools like Joe Biden applaud jewish influence. The truth is that the jews have caused Whites incalculable harm, infiltrating, manipulating and exploiting every European nation in history. Over time they have crippled or destroyed them all.

More than a hundred and thirty years ago patriotic Germans realized that their nation was being ruined by jews. Heinrich von Treitschke popularized the slogan “Die juden sind unser Unglück!” (“The jews are our misfortune!”). Decades later it was adopted as a motto by Der Stürmer.

It’s time for Whites to stop losing. Time to start thinking and doing what’s best for your race. Time to see the jews’ implacable fraud and anti-White hostility for what it is. Time to respond. Time to put an end to it.

7 thoughts on “With Jews We Lose”