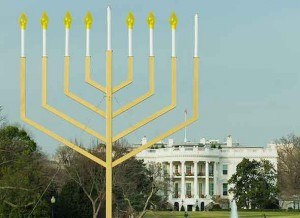 I’m taking a break from AoTR for the next few weeks, I’ll get back to it again in January.

‘Tis the season to remind your “conservative” friends that the war on Christmas is just one front in the jew-led war on Whites; that the worship of a mythical jew named Jesus is being steadily replaced by an even more queer, more explicit worship of the jews, as a people, in the right here and now; and that this newer form of jew worship is enthusiastically embraced by even the most powerful and irreligious “liberals”. See, for example, Joe Biden Lights Menorah With Praise for Jews and Obama: I’m Jewish ‘in my soul’.