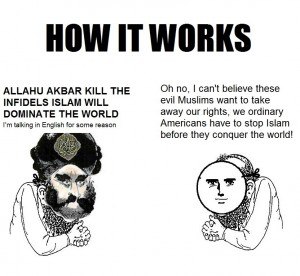 David Batashvili tries to shift blame for the neocohen/jewhadist Clash of Goyim meme to the Russians.

Kremlin seeks at least to disrupt Western democracies and weaken the politicians who are willing to resist Russia’s attempt at re-expansion. If, however, some far-right players managed to go beyond this agenda and actually take control over a country or two, that would suit Moscow’s purposes to even greater extent.

In truth, Putin’s regime is not based on any ideology. It is a classical kleptocracy. Distorted elements of the Huntingtonian worldview are used pragmatically to exploit the West’s malaise and connect with the Western anti-establishment forces in the hope that they will prevent effective Western resistance to Kremlin’s geopolitical ambitions. Russia lays down the smokescreen of the clash of civilizations to cover its project of empire-building.

Same old story – jewry laying down the smokescreen of “let’s you and him fight” to cover its own predations upon you and him.

One thought on “The Clash of Goyim”