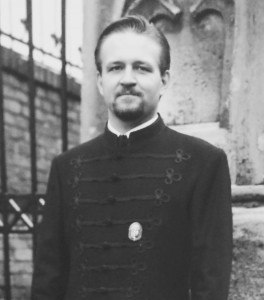 The jews are screeching again, this time demanding Trump advisor Sebastian Gorka’s head. Their (((#GorkaMustGo))) hashtag was trending this weekend, but the campaign started more than three weeks ago. From the start it was evident Gorka was a counter-jihad useful idiot, an alt-jewsmedia jewhadi, as an early jewsmedia report made clear:

Breitbart, the “alt-right” publication, where Gorka himself served as national security editor prior to joining the White House staff, defended his wardrobe choice, writing on February 14 that, “as any of his Breitbart News colleagues could testify, Gorka is not only pro-Israel but ‘pro-Jewish,’ and defends both against the threat of radical Islamic terrorism.”

According to the screeching jews, Gorka was at fault for perhaps also imagining he could be pro-Hungarian and maybe defend Hungarians.

A second, louder wave of screeching began toward the end of last week when the jews decided that Gorka had in fact at one time actually been pro-Hungarian and thus had to go. One of the jews’ latest grievances is that Gorka’s mother “crossed paths with David Irving” in the 1970s.

At this point the most organized and powerful special interest lobby, organized jewry, began issuing official tribal fatwahs against Gorka:

Prior to the publishing of Gorka’s interview with Tablet, the Anne Frank Center for Mutual Respect, which has been critical of the Trump administration, said Gorka should resign or be fired.

“Sebastian Gorka must resign — and President Trump must make it happen,” executive director Steven Goldstein said in a statement. “That Sebastian cannot even deny he has links with a Nazi-affiliated organization is symptomatic of the grotesque anti-Semitism that has infected the White House. How many ducks in the Trump White House must walk, talk and quack anti-Semitically before our country wakes up and sees the problem?”

“Donald Trump has repeatedly said that the United States needs to implement, ‘extreme vetting,’ in order to determine if we should allow certain immigrants into our country,” the group said in a statement. “And yet, it seems like he failed to vet one of his most trusted advisers.”

“The only reason he’s anywhere near the White House is Steve Bannon, his old boss at Breitbart, who has his own troubling associations with anti-Semitism,” he said. “It’s time for President Trump to take on anti-Semitism within the ranks of his administration and clean house.”

Trump has not yet addressed the issue, but the concerted screeching has already had a visible effect on other government officials. Three senators have joined in the screeching:

According to the Forward, leaders of the Historical Vitézi Rend have identified Dr. Gorka as a sworn member of the organization who took a “lifelong oath of loyalty.” The State Department identifies the original Vitézi Rend, as a virulently anti-Semitic organization that operated under the direction of the Nazis during World War II. Dr. Gorka was photographed wearing a Vitézi Rend medal on several occasions, including at a Presidential inaugural ball earlier this year. He has also identified himself as “Dr. Sebastian L. v. Gorka” in written testimony before Congress. Experts note that the initial “v.” is used by sworn members of the Vitézi Rend.

We note that this Administration purports to have a special interest in ensuring that those with extremist views do not exploit our immigration laws. The President’s January 27th Executive Order states, “In order to protect Americans, the United States must ensure that those admitted to this country do not bear hostile attitudes toward it and its founding principles. … the United States should not admit those who engage in acts of bigotry or hatred (including … the persecution of those who practice religions different from their own).” Membership in an anti-Semitic organization like the Historical Vitézi Rend should raise serious concerns regarding whether an individual holds the sort of “hostile attitudes” that concern the Administration. Failure to address this case would further confirm the intent of this Administration is to discriminate on the basis of religion, rather than combat extremist views.

Of course, none of this screeching has anything to do with protecting Americans or the founding principles of the United States. What it’s all about is a hostile, bigoted, hate-filled tribe of aliens acting as if they can dictate what the US Government must do. Whether the jews’ campaign against Gorka is successful or not, they are making it clear that they see themselves and their group interests as distinct from and superior to others, such as Hungarians or Americans, and furthermore, they expect their demands to supercede all other concerns.

As Jeff Stein put it in NewsWeek on Saturday:

Normally, second-tier White House foreign policy advisers are rarely seen and even more rarely heard. But these are not normal times, and Sebastian Gorka is no normal adviser.

No shit, Shylock – this is the jew normal.