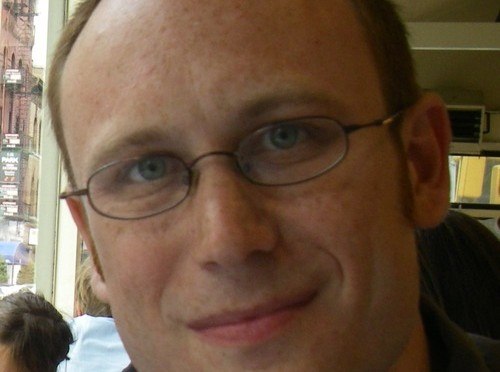 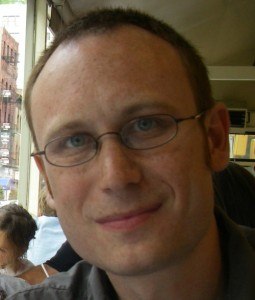 Does anyone who isn’t a white man have Google Glass?

This is starting to get disturbing. Since Google Glass demo units started appearing a few weeks ago, proud Google Glass users have been spewing selfies all over the Internet. And except for the hired help in Google’s demo videos, every single Google Glass owner I’ve heard a word from appears to be a middle-aged white male, usually with some receding hairline action going on there. There’s even a Tumblr devoted to the phenomenon.

This is a big problem.

I say this as a middle-aged white man with extremely little hair. Google Glass is just breaking out of the dream stage, and our society is grappling with these wearable items: what they do, how to use them, and how we shouldn’t use them. People who aren’t white, middle-aged males need to be part of that conversation, but I don’t see that happening right now with Glass.

People from non-Western-European-descended, non-male gender and ethnic groups have different perspectives on technology and society that could help shape Google Glass and how it’s used.

For Segan Whites are “disturbing”, a “big problem”. Why? Because he sees Whites as distinct and different from non-Whites – a fact which Segan and PC Magazine willingly acknowledge, at least so long as it serves an argument in favor of non-Whites.

One of the reasons I so love reporting on mobile technology is that it’s tremendously egalitarian, and it crosses all gender, ethnic, and class lines. My peer group of mobile tech writers is whiter and maler than America as a whole, but it isn’t the complete white-out we’re seeing with Google Glass early adopters.

So Segan likes pretending everyone is equal and dislikes when reality confounds his fantasy. His “peer group”, however White, either shares his White-abnegating attitude or is unwilling to challenge it.

Google Glass, and wearables in general can change our society. That includes everyone. Being the vanguard of a major new product category, with so many possible societal ripples, makes Glass more important than a typical game or website whose usage naturally skews to one ethnic or gender group.

If the direction of this societal change is being determined entirely by a socially homogenous group of guys (no matter how hard they try), it’s going to be a less useful technology for that.

Who is “us”? Who comprises this society of “ours” that Segan thinks “we” should be so worried about? Who is this homogenous group determining the direction of societal change?

The prevailing wisdom of the current anti-White regime is that race is “entirely a social and political construct”. Yet somehow Segan is able to judge who is “white” just by looking at faces.

Based on his face – as well as his name and his anti-White attitude – I think Sascha Segan is a jew. I think a large fraction of the men in the Tumblr he links look like jews. I say this as a White man who recognizes that jews are different from Whites.

Even setting aside biological differences, Segan’s own line of argument suffices to make the point. Jews have a completely different perspective than Whites do. On the one hand, jews see jews as distinct from Whites, with jews as victims and Whites as their oppressors. On the other hand, Whites see jews as victims and also mistake them for “white”. It’s no mystery why so many Whites make this mistake. Jews constantly espouse these jewish perspectives at the same time they pathologize and demonize Whites for expressing any kind of White perspective.

In this case the difference between Whites and jews is even more glaring than usual. Segan is specifically blaming “whites” for a phenomena that is in fact even more markedly jewish. Would Segan have written an article about the disturbing big problem that too many Google Glass wearers are jews? Would PC Magazine have published it? 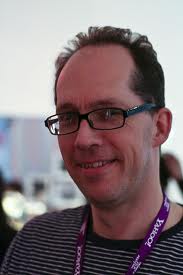 On Tuesday I talked about another example of this White problem meme I had recently run across. The Oscars’ old, white, male problem, Salon.com, by Andrew O’Hehir, 21 Feb 2012:

On one hand, the evidence dredged up by an extensive Los Angeles Times investigation into the membership of the Academy of Motion Picture Arts and Sciences is damning: The Oscars are being decided by 5,765 voting members (itself a smaller number than usually reported) who are 94 percent white.

O’Hehir is another jewish-looking, jewish-sounding anti-White critic. To him an organization being 94 percent White is not only a “problem”, it’s “damning”. Unlike Segan, O’Hehir doesn’t even try to explain why. An anti-White attitude is simply taken for granted at Salon.

Now, it’s also true that my reaction to all this diligent legwork by a team of at least seven Times reporters can be summarized with a colloquial phrase that begins with “No” and ends with “Sherlock.” No one who has paid attention to the Oscars or the Academy — or the American film industry at large — harbors any illusions about who’s running the show, or believes that Oscar voters have much in common with Americans or moviegoers at large. Indeed, the borderline-cruel caricature of a typical Oscar voter, often bandied about in private by journalists and publicists, is of a 70-something retired actor, certainly white and probably Jewish, who wears sky-blue slacks and white patent leather shoes and lives in Brentwood or Beverly Hills. That seems to be almost exactly what the Times investigation has revealed.

Whereas Segan ignored jews while he was blaming Whites, O’Hehir actually calls attention to what he’s doing. He conflates Whites and jews, while in the same paragraph he acknowledges that he and anyone else who’s paying attention can see there’s a clear distinction.

For O’Hehir, like Segan, the problem is a certain concentration of “white” faces. How many have to identify positively as White to be a problem? It doesn’t matter. The problem is “white”.

It’s worth noting, by the way, that the Times pointedly did not inquire into the religious or ethnic affiliations of the Academy’s white members. I can’t deny being curious about the question of how Jewish the Academy is these days, and you might be able to construct a non-offensive argument for why that’s relevant information. But it’s information that ugly people would use for ugly reasons, and you can’t blame the reporters and editors involved for not jabbing a stick into that particular hornets’ nest.

It’s worth noting that O’Hehir explictly describes how different jews are from Whites. Counting and calling “whites” a problem is relevant and non-offensive. It’s something O’Hehir does and Salon enables. Counting jews, on the other hand, is offensive, irrelevant and ugly. These are two totally different kinds of problem. If they look “white”, “white” is the problem. Noticing jews makes them swarm and cause you problems.

One response is to say “so what,” as some people do in the Times piece. The Academy is a private membership organization, which is devoted to burnishing the image of the film industry and has never claimed to represent the public at large. It can give out awards however it wants, and people aren’t required to watch.

Once again, this only highlights the difference between jews and Whites. When someone in the jewsmedia calls out a so-called White problem they don’t lose their job. Instead Whites are expected to get busy increasing diversity, which means in effect to make whatever is being criticized less White. Even a passive “so what” is regarded as confirmation of the supposed problem. It’s a moot point because there isn’t a White left in the jewsmedia who would even dare say “so what”, never mind point out that jews aren’t White.

In contrast, “so what” is a typically jewish response to a criticism like this, and it is deployed in a decidedly aggressive manner. Regarding Hollywood, for example, Ben Stein and Michael Medved expressed this attitude. Both made the same basic argument: Yes, jews run Hollywood, and if you think that’s a problem then you’re the problem.