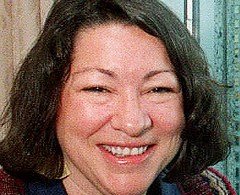 U.S. Appeals Court Judge Sonia Sotomayor, mentioned as a possible Supreme Court nominee, voted to deny a racial discrimination claim in a 2008 decision. She dismissed the case in a one-paragraph statement that, in the opinion of one dissenting judge, ignored the evidence and did not even address the constitutional issues raised by the case.

The case, Ricci v. DeStefano, involved a group of 19 white firefighters and one Hispanic firefighter who filed suit in 2003 claiming that the city of New Haven, Conn., engaged in racial discrimination when it threw out the results of two promotion tests because none of the city’s black applicants had passed the tests.

Each of the plaintiffs had passed the exam. The case is currently before the U.S. Supreme Court.

The city threw out the results because it feared potential lawsuits from activist groups if few or no minority candidates were promoted. The city also claimed that in addition to potential lawsuits, promotions based on the test results would undermine their goal of diversity in the Fire Department.

The firefighters sued, arguing that New Haven was discriminating against them by deciding that the tests would promote too many white candidates and too few minorities.

Federal Judge Janet Bond Arterton rejected the firefighters’ appeal, siding with the city and saying that no racial discrimination had occurred because the city didn’t promote anyone at all.

Sotomayor’s View of Judging Is on the Record from the New York Times, 14 May 2009:

“I would hope that a wise Latina woman with the richness of her experiences would more often than not reach a better conclusion than a white male who hasn’t lived that life,” said Judge Sotomayor

Note that if the ethnies were reversed and this came from a White mouth anti-Whites wouldn’t hesitate to identify such an opinion as “racist” “anti-latino” “White supremacism”. They would not only exclude such a White from consideration for SCOTUS, they would agitate to terminate whatever current employment the White enjoyed.

The penalty for Sotomayor? Nothing. It might even be a reason she got nominated. But the NYT thinks it “could provoke sharp questioning in a confirmation hearing”.

How — and why — Barack Obama picked Sonia Sotomayor for Supreme Court at politico.com, today:

An Obama aide said the president, who interviewed her for an hour in the Oval Office, “was blown away by her — her personal story, her sharp intellect and confidence, and her experience as prosecutor, trial judge, litigator and appellate judge.”

As the most arguably liberal of the four finalists, Sotomayor provides the most fodder for conservative groups, which have vowed to spend millions of dollars on television advertising. Leaders hope a court brawl will help rebuild their movement.

Via Elena Kagan: Free Speech Denier comes The Case Against Sotomayor by Jeffrey Rosen, 4 May 2009:

The most consistent concern was that Sotomayor, although an able lawyer, was “not that smart and kind of a bully on the bench,” as one former Second Circuit clerk for another judge put it. “She has an inflated opinion of herself, and is domineering during oral arguments, but her questions aren’t penetrating and don’t get to the heart of the issue.”

Get ready, white folks. Obama is making it as clear as he can that it’s payback time for honkies. You know how he said he wants judges who have “empathy” to be on the Supreme Court? Well, “empathy” means hatred for white people, just like “equality” and “diversity” do.

Anti-Whites call euphemisms like these “dog whistles” – though as the Wiki page describes, they think this cynical label only applies to phenomena that confirm their own one-sided view of “racism”.

There is no moral equivalence between the appeal to the popular, instinctive desires of White voters that these anti-White anti-racists so detest, and the dishonest euphemisms they themselves so cherish and pretend are popular due to repetition ad nauseum by a like-minded anti-White press. But the comparison does support Edwards’ blunt observation. If the “dog whistle” people think popular sympathies for state’s rights or against immigration reflect White “racism”, then by their own reasoning it’s safe for us to conclude that their orwellian celebration of “empathy”, “equality” and “diversity” means “I hate Whites”.

Conservatives are focusing on a speech Ms. Sotomayor delivered at the University of California at Berkeley law school, where she said, “I would hope that a wise Latina woman with the richness of her experiences would more often than not reach a better conclusion than a white male who hasn’t lived that life.”

“Imagine a judicial nominee said ‘my experience as a white man makes me better than a Latina woman.’ Wouldn’t they have to withdraw?” asked former House Speaker Newt Gingrich on his Web site. “New racism is no better than old racism.”

White House aides said the comment was being taken out of context, and predicted it wouldn’t put the nomination off course. Indeed, the White House believes the president is operating from a position of strength, and officials emphasized that a pitched confirmation fight isn’t inevitable.

“We’re all extremely pleased at how the first 24 hours went,” said Sen. Charles Schumer (D., N.Y.), who has been assigned to chaperone the Bronx-born judge through her confirmation.

“We wanted to make sure we showed the broad support she has in the community,” said Mr. Wilkes [executive director of the League of United Latin American Citizens], whose group has 115,000 members.

Ms. Sotomayor’s critics are fighting an uphill battle, unless some unknown personal scandal emerges, because Democrats control the Senate.

Heat? Scandal? Where? She’s anti-White and that’s “extremely pleasing”. The nomination is “right on course”.

What in the world could sink her? A quip about pubic hair? Plagiarism? Unpaid taxes? Not paying an undocumented migrant ladeeenyo employee’s social security? Starring on Celebrity Apprentice, killing a less wise White competitor with less rich experiences and eating his still beating heart, in prime time? Please. Can anybody imagine anything that might cause Obama or Schumer or Sotomayor herself to withdraw this “historic” nomination?