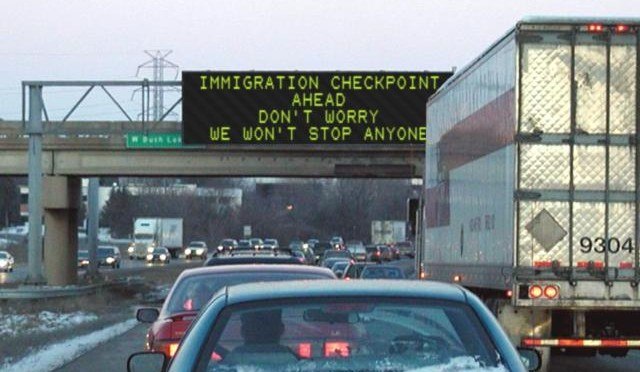 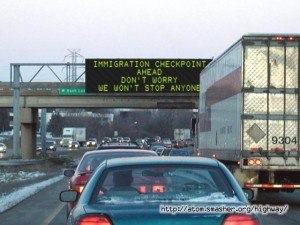 I don’t often comment at other blogs. I don’t write much, and part of the idea behind this blog was to consolidate what little I do. But I was moved today to comment on this article at Vanishing American. It concerns the open betrayal of our country by our politicians and their double-standards on racism. It ends with a question I felt I had some small insight on, having just noted the distorted lens most of us view most of our larger world through (AKA the media) in an article titled It’s the Invasion Stupid.

Here is my comment to Vanishing American’s question about the disconnect he sees:

Many are aware but silent. They see problems all around them but don’t associate them with immigration. Or don’t want to be called racist for noticing. Or consider the danger of speaking out to outweigh the value (for themselves).

The disconnect is in the media. Not only do they not report the many ill consequences of immigration, they’re constantly telling the public how wonderful it is, and that if you disagree you must be deranged (xenophobic/racist/conspiracist).

I’m a well-educated political independent who pays attention to current events. Yet until 2005 they had me snowed. I just focused on my work and figured if there was a really serious threat the media and govt would discuss and deal with it.

What I didn’t account for was the absolute control the leftist-liberal worldview has on our education, media, and politics. They don’t think erasing our borders and replacing our population with one from the 3rd world is a “threat”. Hell, they’re actively planning and implementing it.

I also use my blog to gather important links. I recently added several links to smaller blogs focused on the threat of immigration. Among these are Vanishing American, Western Survival, Katie’s Dad 2.0, Saber Point, and Old Atlantic Lighthouse.

You might consider some of these nativist or bigoted or racist. At this point I couldn’t care less what mindless slurs people throw. More and more I find those derided by our media as “haters” are the ones speaking the truth. Meanwhile they elevate the true haters to saintly status for their religion’s “peace” or their ethno-centric “family values” they brought with them when they jumped our border to demand their rights.

Many of the links above came directly or indirectly from reading Lawrence Auster. Unlike our supposedly brave all-knowing watchdog media and our supposedly fair and intelligent politicians Auster actually comes out day after day with truly insightful, brave, logical, independent analysis. His view makes much more sense than the leftist-liberal mindset that currently permeates our popular culture and political thought. He (and the small blogs linked above) regularly point out things that expose our leaders as, at best, ideological hacks lost in muddled thoughts and false pretenses.

7 thoughts on “The Disconnect”