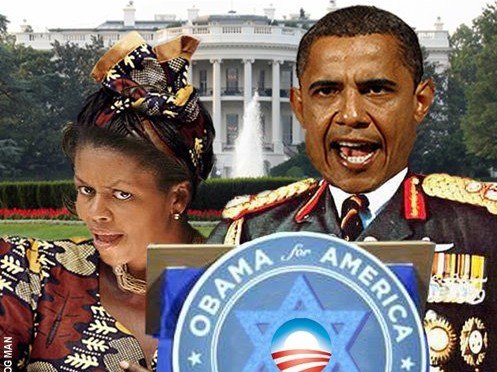 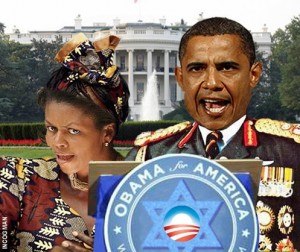 Blacks are polling 95-1 for Obama, but a black commentator at CNN.com assures us: Black vote isn’t monolithic. Which sounds about as plausible as Ian Jobling’s assertion that jews aren’t ethnocentric.

The explanation for any apparent bias can presumably be found only in the minds of hate-filled racist Whites. That’s the way Harold Meyerson sees it. Blacks flock to Obama and somehow he blames it on deracinated Republicans.

Brace yourselves. For the forseeable future any criticism of Obama will be called racism. His smallest failures will be blamed on racism. His smallest successes will be proclaimed as great triumphs over racism. What remains of the constitution will be shredded in the name of halting the scourge of racism. Racism will ruin the economy, kill our soldiers, and make our children stupid. AIDS and cancer will be found to be caused, in part, by racism.

As Georgetown University sociology professor Michael Eric Dyson recently said, “black people don’t vote for candidates just because they are black. If Clarence Thomas ran for president, he would get five black votes.”

This is like saying, “jewish people don’t vote for candidates just because they are jews. If Israel Shamir ran for president of israel, he would get five jewish votes.” Shamir would lose for the same reason as David Duke. Because jews are intensely aware of and motivated by their collective interests, not because they aren’t.

Likewise with blacks. Colin Powell would be a fairer comparison to McCain, both being RINOs, but it’s not hard to imagine even Clarence “Uncle” Thomas getting more black votes than any White opponent he faced. Blacks would certainly cross party lines to vote for any black Republican over any White Democrat, just as they are crossing the other way in this election. The black votes Thomas wouldn’t get would be those who don’t trust him because he thinks and acts too White. Thomas’ ratio of black votes would only differ from Obama’s in quantity, not quality.

Whites had a similar choice with Clinton vs Obama and now with McCain vs Obama. In both cases White-haters denounce us as racists because we don’t vote 95-1 against the White candidate. The double standard is so blatant that even deracinated Whites are beginning to notice. When they start asking questions some of them are going to find out that not only are they “racists”, they’re “anti-semites” too. Uh oh.

Rather than trying to deny our “insane hate” I think more Whites will, like me, recognize such ridiculous rhetoric as a reflection of our critics’ ethnocentric character, not our own. These Whites will grow a shell and their heretofore reflexive apologetic reaction to accusations of “racism” and “anti-semitism” will disappear.

16 thoughts on “Age of Racism”