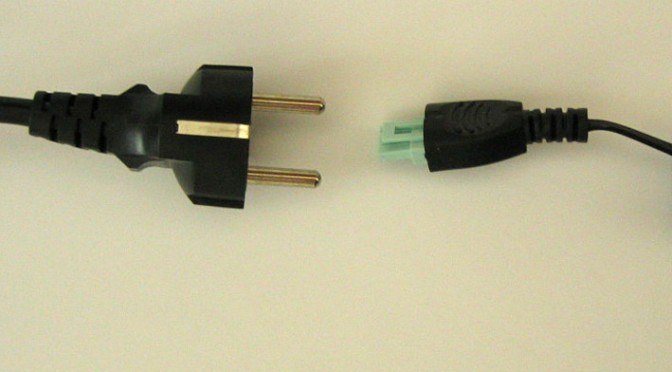 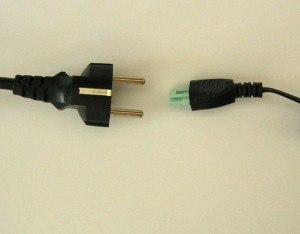 There is a blog dedicated to documenting Charles Johnson’s purge of commenters at Little Green Footballs.

The post titled Levi from Queens and the Great Discarded Lizard Chainsaw Massacre of 2008 – Case Study #24 – LGF BANNED AND BLOCKED concerns the banning of several “racists” and “fascists” who dared to speak in favor of “race realists” Lawrence Auster and Ian Jobling.

Then Ian Jobling dropped by. He linked an ostensibly pro-“white” manifesto in which he writes:

Carrying on the dismal tradition of American white supremacism, most pro-whites today believe our current racial dispossession is due to Jewish influence on the West, if not actual Jewish conspiracies against whites. However, these tired lies conceal the real dynamics of white dispossession, which has been inflicted by white Gentiles on themselves. While it is true that Jews have been inclined towards highly liberal—that is, leukophobic—beliefs, nevertheless more than 90 percent of white racial liberals are Gentiles. Moreover, that Jewish leukophobia could thrive in America suggests that it was a mere extension of something in our national character. For these reasons, the pro-white movement repudiates anti-Semitism and will resolutely oppose the obsession with Jews that poisons and discredits our cause.

Jobling unequivocally blames Whites and absolves jews for any animosity between us. His is a pro-jewish manifesto cloaking itself in “white”. It is cut from the same cloth as Auster’s blame-for-the-“majority” protection-for-the-“minority” double-talk:

In my view, the Jewish neoconservatives advance an _ideological_ vision of America, and oppose any notion of a _substantive_ American nation, precisely because they fear that they would not be seen as 100 percent full citizens in it. To this degree, they are still functioning as a self-conscious minority trying to weaken an “oppressive” majority. And the majority, by yielding to the minority’s demands, does indeed weaken itself and even puts itself on the path to extinction.

With “allies” like Jobling and Auster Whites don’t need enemies.

UPDATE 24 Oct 2008: Thanks to Guessedworker I see Jobling has answered, after a fashion. In Anti-Semites Stink Up Another Discussion Thread he writes:

I left a comment linking to my blog post on the incident and explaining why I’m not a fascist, hoping I might get a decent discussion of race realism going with the moderates who traffic the site. However, it was not to be: I was immediately set upon by a couple of professional anti-Semites named tanstaafl, who runs the blog Age of Treason, and Greg Polden.

Jobling either doesn’t care or is counting on the LGF BANNED thread disappearing, because anyone who’s interested can read for themselves who said what and who set upon who.

Jobling adds very little to what’s already been said. All he presents here is essentially point-and-sputter. He seems to be hoping LGF BANNED will delete the offending thread now that he has declared it “stinked up”. His modus operandus is just like Auster’s. What a coincidence.

I will continue to purge my comment queue of all dire ruminations sent in by tanstaafl and his like.

The urge to purge is strong in this one. I consider myself forewarned and thus will only waste time responding here.

The most substantial thing he wrote was in a comment:

Tanstaafl is referring to the fact that moderates like Johnson support Israel, but neither Islamic fundamentalism nor white nationalism. Since all that tanstaafl can see in politics is conflicts between different ethnic interests, or nationalisms, Johnson’s attitude seems completely nonsensical to him and can only be explained as a result of Jewish brainwashing.

However, once you go outside this absurdly narrow view of human motivations and realize that people’s political views are motivated by many different factors, then Johnson’s views make sense, even if you think they are mistaken. What matters most to moderates like Johnson is democratic, Western values. Since they think Israel exemplifies these values, they are pro-Israel. Since they think neither Islamic fundamentalism nor white nationalism are democratic ideologies, moderates are against them. Nationalism really has nothing to do with this preference; values explain them.

Bottom line: A person’s political outlook is rooted in many different factors, such as political ideology, ethnicity, class, and so forth. If you take a simplistic view of human motivations, the world makes no sense to you and leads you to make an ass of yourself in public.

I’m glad to see I got my point across. Yes, I think ethnic/racial interests are important. More important than class or political ideology. Jews are a perfect example. Despite their class, politics, country of residence, or how much Jobling denies being able to notice – jews just can’t seem to set aside their ethnocentrism.

I am simplistic. I say flat out that I’m pro-White. Jobling and Auster are more complicated, but in a deceptive way. They present themselves as pro-“white”, as “race realists”. But they refuse to distinguish between Whites and jews. And they attack Whites who do distinguish, but not jews.

Going on about “democratic, Western values” while calling for political opponents to be silenced is a good way to make an ass of yourself. If Johnson and Jobling think the jewish ethnostate represents “democratic, Western values” then why do they oppose White ethnostates? If jews do not differ from Whites “in any important respect” then I should be able to move to israel and collect welfare, right? What’s that? My mother has to be jewish? I don’t object. But to demonstrate his consistent values Charles Johnson should either denounce zionists as racists, or he should support White ethno-nationalism like he supports zionism. The latter is especially sensible if he cares for “the West”.

I’ve been deleting a lot of pro-MacDonald comments because their authors show no sign of having read the Lieberman article and are thus incapable of expressing an informed opinion. Anti-Semites show their typical dogmatism by leaping to the defense of MacDonald before they even know what the argument against him is.

Jobling seem to realize at some level that the urge to purge is not right. Thus he tries to transfer responsibility for the problem to those expressing the opinions he wishes to suppress. He makes repeated appeals to psychology…say doctor, heal thyself.

I didn’t mention MacDonald until Jobling did. I agree with and respect much of what MacDonald has written, but what I think and write doesn’t hinge on the truth or falseness of MacDonald’s positions.

Yes, trying to convince the Age of Treason types to take a reasonable view of this issue is like trying to teach a monkey table manners. All you’ll get for your pains is faeces thrown at you.

I’ve taken pains to understand Jobling’s arguments and to use his own logic and phraseology in answering and critcizing him. He can call that feces if he likes.

34 thoughts on “The Urge to Purge”