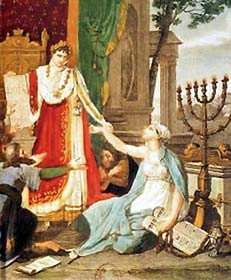 The Rothschild story: A golden era ends for a secretive dynasty, by Paul Vallely, The Independent, 16 April 2004 (my emphasis):

More significant, however, was that in the process the Rothschilds created the world of banking as we know it today. Nathan operated principally as an underwriter and speculator in the early 19th-century bond market. He and his brothers invented, or at any rate popularised, the government bond, which allowed investors, big and small, to buy bits of the debts of sovereign states by purchasing fixed-interest bearer bonds.

Governments liked this because they could use them to raise colossal sums of money. Investors liked them because they could be traded – at prices that fluctuated in relation to the performance of the issuing government – and shrewd investors could make big sums. It brought investment in railways, the industrial revolution and ventures like the Suez Canal. The Rothschilds got a cut of everything.

It was a new kind of power. “I care not what puppet is placed upon the throne of England to rule the Empire on which the sun never sets. The man who controls Britain’s money supply controls the British Empire, and I control the British money supply,” Nathan said. The family developed a lack of awe for the powerful and important. A pompous aristocrat one day called on Nathan who was head down at his desk. Without looking up, the banker said: “Take a chair.” His caller, affronted, said: “You are speaking to the Prince of Thurn and Taxis.” To which Rothschild replied: “Take two chairs.” At one point he even rescued the Bank of England after a run on gold caused the collapse of 145 banks. In 1885 he was given the hereditary title of Baron Rothschild.

Many of the distinct characteristics of the family can be traced back to the will of the founder Mayer Rothschild. It stipulated that no public inventory should be made of his estate; that key positions in the House of Rothschild were to be held by family members; that the eldest son should inherit unless the rest agreed otherwise; that the family was to intermarry with first and second cousins to keep the fortune together; that anyone disputing these terms would be struck from the will. And that all this should apply in perpetuity.

In part this was about preserving not just their Jewish identity but a self-conscious position as role models for their poorer co-religionists. The Rothschilds expended much effort and money pressing for Jewish emancipation and equality across the continent.

Their Jewish solidarity was not heterogeneous. In 1938 Nathan’s great-great-grandson, Victor, shocked an audience by saying that in spite of “the slow murder of 600,000 people” on the continent “we probably all agree that there is something unsatisfactory in refugees encroaching on the privacy of our country, even for relatively short periods of time.” And the family split over the question of the dream of a Jewish homeland, with some members supporting the first Zionist settlement in Palestine and the Balfour declaration and others opposing it on the grounds that it would encourage anti-Semites to question the existing national identities of assimilated Jews around the rest of the world. None of which has allayed the wild fears of anti-Semites who throughout the 20th century branded the Rothschilds as part of a Jewish plot to take over the world.

The world has changed around the Rothschilds. At one point Nathan Rothschild was the richest man in Britain and probably in the world. In today’s terms he was wealthier than Bill Gates. But they never gained the foothold in America they needed. The world became corporate. Private banking got left behind.

Napoleon and the Jews, Wikipedia:

Napoleon’s indirect influence on the fate of the Jews was even more powerful than any of the decrees recorded in his name. By breaking up the feudal trammels of mid-Europe and introducing the equality of the French Revolution he effected more for Jewish emancipation than had been accomplished during the three preceding centuries. The consistory of Westphalia became a model for other German provinces until after the fall of Napoleon, and the condition of the Jews in the Rhine provinces was permanently improved as a consequence of their subjection to Napoleon or his representatives. Heine and Börne both record their sense of obligation to the liberality of Napoleon’s principles of action, and the German Jews in particular have always regarded Napoleon as one of the chief forerunners of emancipation in Germany.

10 thoughts on “Napoleon, the House of Rothschild, and Jewish Emancipation”