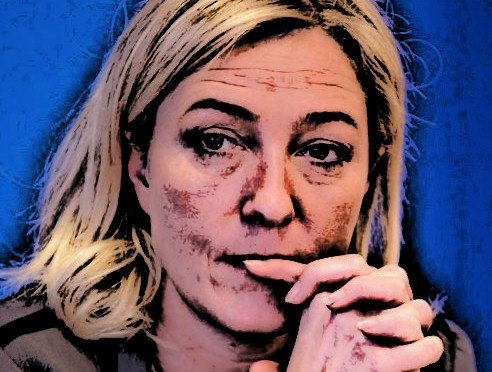 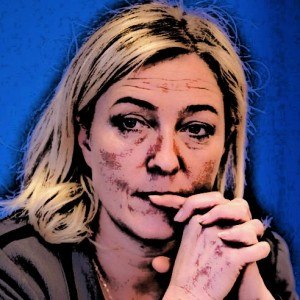 France’s National Front: Le Pen, mightier than the sword?, The Economist, 5 May 2011:

UP CLOSE, the most unnerving thing about Marine Le Pen is not her obsession with Islam, her populism or her divisive politics—but the way she oozes charm. With a ready laugh and unaffected manner, this steely politician deflects awkward questions with an easy grace that makes her a rarity in French politics. The newish leader of the far-right National Front is an intriguing study in how to make extremist politics marketable—and in doing so, perhaps to reshape French party politics.

In the short run, Ms Le Pen wants to decontaminate the National Front, stripping it of the skin-headed image it had under her father, Jean-Marie. At the party’s annual May 1st rally, she surrounded herself with fresh-faced young women in jeans and T-shirts. Her father, a former paratrooper, perfected a line in anti-Semitic and xenophobic outrage. She shares much of his programme, such as support for the death penalty and job preference for French nationals. But she has junked the anti-Semitism and neo-Nazi sidekicks in favour of a subtler tone. “When I talk about the immigration problem, I don’t talk out of hate, or xenophobia, or Islamophobia, or fear,” she insists, but pragmatism. “We cannot afford to let everybody in.”

Across Europe, traditional divisions between left and right have blurred, Ms Le Pen argues, giving way to a new fracture between those who believe in globalisation, international governance and open borders, and those who believe in the primacy of the nation. In her eyes President Nicolas Sarkozy and Dominique Strauss-Kahn, head of the IMF and a likely Socialist candidate, are “interchangeable”: standard-bearers for a globalised world view. By contrast, she wants a return to national sovereignty, a withdrawal from the euro (“before it collapses”) and NATO (“submission to America”), the return of border controls and an unapologetic protectionist policy to “re-industrialise France”.

For under scrutiny, many of Ms Le Pen’s ideas, when not toxic, are deeply flawed. France cannot compete with China on cost, she says, so better to put up borders, go for a competitive devaluation and start building factories at home again. She dismisses worries about the colossal cost of protectionism or of debt-servicing with a devalued currency as scaremongering. For now, such details have yet to spoil the seductive simplicity of her message. And this will keep her a highly disruptive figure in the run-up to 2012 and beyond.

Unlike DSK, Marine Le Pen has never been accused of committing a crime, violent or otherwise. However, as made clear by the defamatory, accusatory opinion quoted above – fairly typical of the limited coverage Le Pen receives in English-language media – Le Pen is regarded with a poisonous cynicism, a combination of fear and loathing that would elicit outraged cries and condemnations of “hate” if it were directed at any representative of immigrants or jews. Le Pen, like all European nationalists, is treated to a different standard, worse than any accused rapist. She’s undeniably popular with the native French, who for perfectly normal reasons would like to be led by someone, anyone who actually favors them over aliens. Naturally this frightens and disgusts anyone who loves aliens and hates the French.

The double standard was clearly visible amid the empassioned cacaphony following the arrest of DSK. The realization that the scandal would likely improve Le Pen’s prospects frightened certain pundits so much that they couldn’t help but couple their open-minded reminders that DSK is innocent until proven guilty with cognitive-dissonance-inducing paranoia and hang-wringing over Le Pen. The most egregious examples I’ve found are Doug Schoen and Anne Applebaum. I don’t think it’s any coincidence that while neither one is French, both are jews.

It’s a measure of the inroads Marine Le Pen has already made in the French political debate that she now splits opinion among the rarefied world of Parisian intellectuals.

On the one hand, the philosopher Bernard-Henri Lévy still thinks she reeks of sulphur: according to him, the youngest daughter of Jean-Marie Le Pen, 82, the longstanding Front National leader, is “even more dangerous than her father”.

Yet on the other Elisabeth Lévy, the shrewd editor of Causeur magazine, the French answer to The Spectator, considers not only that Marine Le Pen “says nothing scandalous or morally unacceptable”, but also that she might well “be truly breaking away from the old French extreme-Right, to create something new.”

It’s a measure of just how un-French “French” political debate is that Moutet cites two jews as representative, even though they are members of a powerful, exclusive ethnic group who comprise less than 1% of the overall population.

[Marine’s father, Jean-Marie] Le Pen, an orphaned Breton fisherman’s son, tried to join the Résistance in 1944, and later fought in Algeria and in the Suez expedition.

But he made his indelible mark in French politics by obsessively picking at the scabs of the country’s dark past. He boasted of using torture in Algeria to combat terrorism; called the gas chambers “a point of detail” of the Second World War; used time-and-motion calculations to dispute the number of Auschwitz victims; and described France’s German occupiers as “very civilised”.

He was several times condemned under French incitement laws – all of which he used to paint himself as a larger-than-life pariah in the too-tame, self-referential world of French politics.

At 42, a handsome, single working mother of three, she presents herself as the young, modern face of the Front National, in sharp contrast to her defeated opponent in the Party leadership contest, the 60-year-old academic Bruno Gollnisch, under whose banner the Party’s residual hardliners had sought an increasingly exiguous shelter.

In the Gollnisch camp gather the “tradis”, the traditionalist Catholics who are horrified by Marine’s support of gay rights – short of gay marriage – and refusal to support abolition of the 1975 law permitting abortion. (She says she only wants all provisions of the law strictly applied, so that women are first offered “alternatives” such as pre-natal adoption.)

No-one in France will admit to anti-Semitism, which is actionable by law, but campaign rumours from the Gollnisch camp included descriptions of Marine’s entourage as “full of Jews, queers and Arabs”.

Actionable by law is an innocuous way of saying that in France you can be persecuted for making elementary observations like the ones I just have. Meanwhile no special laws prevent jews living in France from saying whatever they wish about the French.

It is interesting that two personalities she quoted positively during a half-hour conversation were two Jews: Simone Veil, the former health minister and European Parliament president, who first introduced the abortion bill, and Elisabeth Badinter, the left-wing feminist author.

It is interesting how jews keep coming up in Moutet’s piece. Is she jewish? At any rate, the impression Moutet creates is that what’s most important about Le Pen is what jews think about her, not what she thinks about anything. And never mind what the French think either.

20 thoughts on “The Demonization of Marine Le Pen”