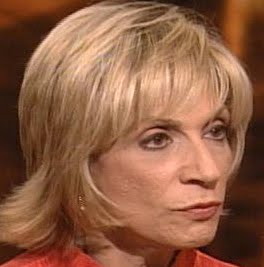 On the 1 Jan 2012 broadcast of NBC’s Nightly News Andrea Mitchell said: “The rap on Iowa: it doesn’t represent the rest of the country — too White, too evangelical, too rural.”

The next day an NBC spokeswoman explained: “she was referencing critics who argue that the state shouldn’t carry so much weight because it doesn’t proportionally represent the rest of the country”.

Who are these critics? 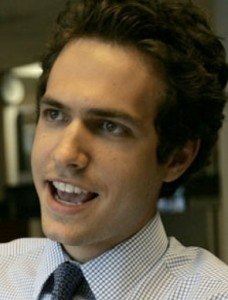 On 18 December 2011, Arthur Gregg Sulzberger wrote about Iowa in the New York Times. A.G. is the son of publisher Arthur Ochs Sulzberger Jr. Their extended family owns a controlling stake in the paper.

Tucked inside Sulzberger’s article is a version of Mitchell’s complaint:

As the first state to take part in the Republican nominating contest, Iowa has long been criticized as too much of an outlier to be permanently endowed such an outsize influence in shaping the presidential field. Too small, critics say. Too rural. Too white.

Who are these critics? 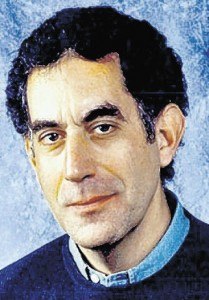 On 9 December 2011, The Atlantic published a lengthly hit piece on Iowa by Stephen Bloom, Observations From 20 Years of Iowa Life.

While this may not be the source of Mitchell and Sulzberger’s complaint, it appears to be the most recent, most complete expression of it. It is in fact a very thorough deconstruction of Iowans and their culture.

Bloom introduces himself as an expert Iowanologist:

For almost 20 years I’ve lived in Iowa, where as a professor at the University of Iowa I’ve taught thousands of university students. I’ve written a couple of books on rural Iowa, traveling to all 99 counties, and have spent much of my time when not teaching, visiting with and interviewing Iowans from across the state.

The article is long and well-padded with local trivia. This might create an impression Bloom not only knows Iowa but perhaps even sympathizes with Iowans. It would be a false impression.

At one point Bloom offers this blunt evaluation, clearly intended as a put-down:

I’ve lived in many places, lots of them foreign countries, but none has been more foreign to me than Iowa.

In subsequent paragraphs Bloom cites an overabundance of Germanic surnames and Christian beliefs as a particular source of irritation.

The article is larded from beginning to end with evidence of Bloom’s distaste, which makes it a consistently unsympathetic, negative, and in places even gratuitously derogatory portrayal of White Iowans.

As it turns out, Bloom strongly identifies as a jew. This is clearly the main source of his alienation.

Here’s how Bloom sums up his gripe:

Whether a schizophrenic, economically-depressed, and some say, culturally-challenged state like Iowa should host the first grassroots referendum to determine who will be the next president isn’t at issue. It’s been this way since 1972, and there are no signs that it’s going to change. In a perfect world, no way would Iowa ever be considered representative of America, or even a small part of it. Iowa’s not representative of much. There are few minorities, no sizable cities, and the state’s about to lose one of its five seats in the U.S. House because its population is shifting; any growth is negligible. Still, thanks to a host of nonsensical political precedents, whoever wins the Iowa Caucuses in January will very likely have a 50 percent chance of being elected president 11 months later. Go figure.

Bloom’s description of the mores of what he calls “insular Iowa” a few paragraphs earlier actually fit most of White America. Bloom’s perfect world, however, is more like the one tribemates Sulzberger and Mitchell live in: More cities, less Whites.

The “rap” that White Iowans aren’t representative is a rationalization offered by people who simply don’t like Whites. They don’t lay proportion guilt-trips on anyone but Whites. In fact they would rage hysterically in condemnation of anyone who aimed such a critique at their own kind.

This is our problem. To solve it we need our own pundits, our own media, our own politics, and ultimately our own countries. What we don’t need is these critics. They’re not representative of us.