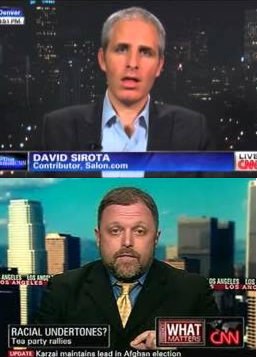 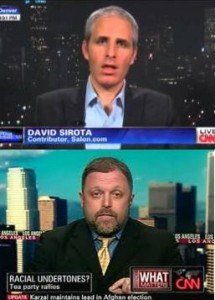 As we now move into the official Political Aftermath period of the Boston bombing — the period that will determine the long-term legislative fallout of the atrocity — the dynamics of privilege will undoubtedly influence the nation’s collective reaction to the attacks. That’s because privilege tends to determine: 1) which groups are — and are not — collectively denigrated or targeted for the unlawful actions of individuals; and 2) how big and politically game-changing the overall reaction ends up being.

This has been most obvious in the context of recent mass shootings. In those awful episodes, a religious or ethnic minority group lacking such privilege would likely be collectively slandered and/or targeted with surveillance or profiling (or worse) if some of its individuals comprised most of the mass shooters. However, white male privilege means white men are not collectively denigrated/targeted for those shootings — even though most come at the hands of white dudes.

If recent history is any guide, if the bomber ends up being a white anti-government extremist, white privilege will likely mean the attack is portrayed as just an isolated incident — one that has no bearing on any larger policy debates. Put another way, white privilege will work to not only insulate whites from collective blame, but also to insulate the political debate from any fallout from the attack.

White privilege is knowing that even if the Boston Marathon bomber turns out to be white, his or her identity will not result in white folks generally being singled out for suspicion by law enforcement, or the TSA, or the FBI.

White privilege is knowing that even if the bomber turns out to be white, no one will call for whites to be profiled as terrorists as a result, subjected to special screening, or threatened with deportation.

White privilege is knowing that if the bomber turns out to be white, he or she will be viewed as an exception to an otherwise non-white rule, an aberration, an anomaly, and that he or she will be able to join the ranks of Tim McVeigh

among the pantheon of white people who engage in (or have plotted) politically motivated violence meant to terrorize and kill, but whose actions result in the assumption of absolutely nothing about white people generally, or white Christians in particular.

And white privilege is being able to know nothing about the crimes committed by most of the terrorists listed above — indeed, never to have so much as heard most of their names — let alone to make assumptions about the role that their racial or ethnic identity may have played in their crimes.

In short, white privilege is the thing that allows you (if you’re white) — and me — to view tragic events like this as merely horrific, and from the perspective of pure and innocent victims, rather than having to wonder, and to look over one’s shoulder, and to ask even if only in hushed tones, whether those we pass on the street might think that somehow we were involved.

It is the source of our unearned innocence and the cause of others’ unjustified oppression.

That is all. And it matters.

David Sirota is a jew. Tim Wise is a jew. It matters.

The narrative of oppression is, after all, the jewish narrative. This is a narrative in which Whites and jews are polar opposites – where jews and other people of non-Whiteness are innocent victims of unjustified oppression by Whites.

Wise and Sirota, as hypersensitive as they are about race and identity, are well aware of this. The hypocrisy of their anti-“racist” screeds against Whites and the dishonesty of their “White like me” anti-White guilt-trip schtick can only spring from an unfathomable hatred for Whites.

To describe what’s going on in their own terms, it is jewish privilege that allows them to vent venom against Whites based on nothing more than literal fantasy – “if the bomber turns out to be White” or even “hoping the bomber turns out to be White”. Their shrill denunciations of illusory “White privilege”, echoed ever more often and loudly across the media, are an indication of just how deeply dishonest and malevolent jewish rule is.