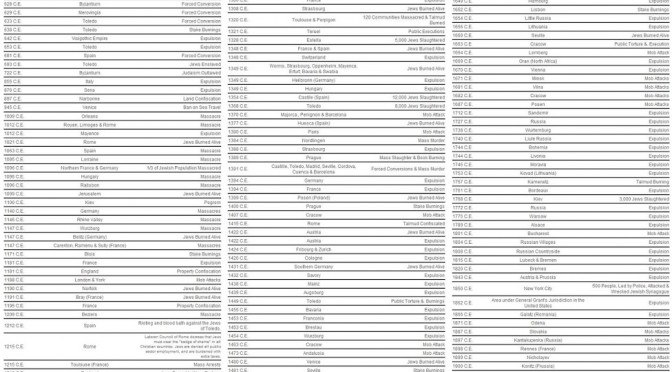 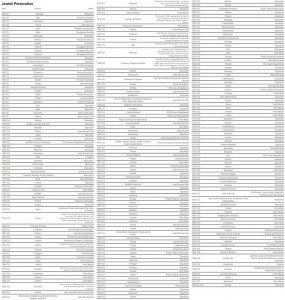 To most Whites morality is an entirely universalist notion. This means that, with some exceptions, if something is right or wrong then it is assumed to be right or wrong for everyone, everywhere, all the time. This notion of morality is reflected in Christian ethics as The Golden Rule. Universalist morality is one of the tenets of Western-style liberalism.

Jews have a more particularist notion of morality: Is it good or bad for the jews? If something is good for jews then it is right, otherwise it is wrong. Jews are also well aware that universalist-sounding rhetoric can bamboozle Whites into serving or at least acceding to jewish particularist interests.

It is this particularist morality that enables jews to unselfconsciously assert that Israel is for the jews but White countries are for everybody. Likewise that the jews are a people, but White is just a meaningless skin color or social construct.

Criticism of jews along these lines is often mistaken, sometimes intentionally, as an accusation of dual loyalty. As Joe Sobran once observed, dual loyalty would be an improvement (from either a liberal universalist or White particularist point of view).

Jews tend to identify people they hate for specifically jewish reasons as jew-haters.

According to jews, anyone who comes into conflict with the jews must be to blame. Entirely. This blame cannot be explained in any way that leaves blame unassigned, because then some portion might be ascribed, even if only implicitly, to the jews. Thus the tendency to characterize anyone who vexes them as simply mentally or morally defective, driven to hate jews solely for the sake of hating.

the jewish version of history

A one-sided version of history entirely sympathetic to jews. This means that for any historic conflict with other groups or individuals, the non-jews are and always have been entirely to blame. In a nutshell: jews have always been the victims of horrible persecution and oppression at the hands of stupid, crazy, evil haters.

A corollary of this is the anti-White version of history: Whites have always been stupid, crazy, evil haters, persecuting and oppressing everyone else, and specifically jews.

The use of any portion of the jewish and/or anti-White versions of history as an accusation, assigning collective responsibility and guilt to Whites. This is a form of psychological aggression – an attack on White self-worth and self-confidence, placing Whites on the defensive.

The purpose of such aggression is to gain concessions benefiting their own group – to promote or defend jewish power and interests.

One specific jewish anti-White libel/story in the larger jewish version of history. This is the jewish claim that on multiple occasions Europeans killed jews who were accused of kidnapping and killing European children for their blood. Since the idea that jews could be guilty of anything is unthinkable, the Europeans must be the ones who were, and still are, guilty.

Oddly enough, according to jews themselves these accusations of bloody kidnap-killing recur across time and space, following jews wherever they go.

Another jewish anti-White libel/story, the most prominent of all. This is the jewish claim that Whites killed (or otherwise aided and abetted the killing of) six million jews in gas chambers between 1939 and 1945. Today this narrative almost completely overshadows anything else that occurred before during or after World War II.

Over time the target of jewish accusations and guilt-tripping has broadened from the Nazis, to Germans (for not stopping the Nazis), to Europeans in general (for not more effectively opposing the Germans), to Whites in general (for restricting immigration, not joining the war in Europe against Germany soon enough, not making the bombing or liberating of prison camps a higher priority). Meanwhile, in an increasing number of Western countries, open dispute of the holocaust narrative is considered a violation of the law, punishable by fine or imprisonment.

the nation of immigrants narrative

Jews in diaspora are the archetypical nation of immigrants, thriving for millenia while regularly migrating from one host country to another. Well aware of this history, jews overwhelmingly favor open borders for all countries, except Israel. Virtually every jew has a story to tell about how their own family benefited from immigration, or was harmed because they couldn’t migrate freely.

In common use the term is an oxymoron used to idealize unrelated, hostile alien tribes colonizing countries founded and formerly controlled by Whites.

Prior to the Enlightenment Europe and Christendom were seen, by Europeans, as synonymous. Jews were seen primarily as members of an ancient religious sect who hadn’t yet gotten around to converting to Christianity.

In the late 18th century, with the fig leaf of religion shriveling, European intellectuals began to wonder aloud – Who are these rude, uncivilized, aliens who call themselves The Jews? Why do they behave as a nation within a nation? Whatever shall we do with them?

The jewish question was eventually answered by fiat, imposed from above by European political leaders who were sympathetic to and already in the process of assimilating with the jews. These leaders declared jews equal citizens and granted them full political equality. This process occurred in fits and starts, at various times and places in Europe, during the first half of the 19th century. In exchange jews were expected to drop their particularist identity, to stop being jews and assimilate.

Debate on the jewish question dragged on however. Europeans did not generally accept jews as social or racial equals, and jews did not generally abandon their jewish identity. As partially assimilated jewish intellectuals joined the debate, they turned it more and more into an indictment of Europeans.

Today this portion of European history is taboo. Only the jewish version and their guilt-tripping remain in the mainstream. Calling the process jewish emancipation is itself a sign of deference to jewish sensibilities. It was, in retrospect, more of a slow-motion jewish putsch. In the end, jews were free to operate as a particularist team inside a larger, universalist society.

the jewish template and the minority narrative

The struggle for dominance over Western society came to a head in the middle of the 20th century. Whites waged a cataclysmic, fratricidal war on each other and lost. Long before that war, even while Whites still dominated the US politically, jews were already helping blacks found the NAACP and pathologizing White racial identity.

Now, in the 21st century, jewish power and influence increase essentially unchecked. For the last six decades the jews have gone into overdrive, generalizing and adapting elements of their narrative to other “minorities”. Slowly but surely this is what has turned European-founded societies inside out and upside down. When jews and other diversities exclaim, “Diversity is our greatest strength”, they are exactly right.

82 thoughts on “A White Guide to the Jewish Narrative”