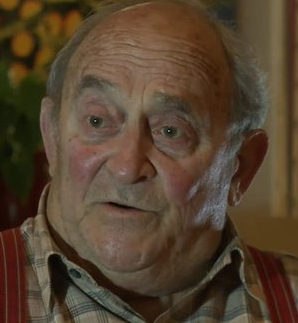 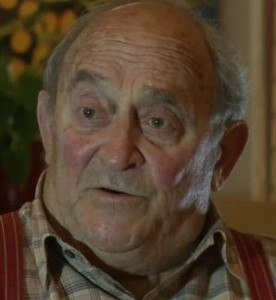 Nelson Mandela is in critical but stable condition, the South African government said Friday, while a close friend said the anti-apartheid leader was conscious and responsive earlier this week.

BBC News was a bit more forthcoming about the “close friend”, Denis Goldberg, identifying him as “a fellow anti-apartheid campaigner who was imprisoned for 22 years”.

More on Goldberg from Wikipedia:

Denis Theodore Goldberg grew up in Cape Town and studied for a degree in Civil Engineering from the University of Cape Town. As member of the South African Communist Party, an organisation which was suppressed by the apartheid regime which came to power in 1948, he joined other leading white members in forming the Congress of Democrats, of which he became leader. This in turn allied itself with the African National Congress and other ‘non-racial’ congresses in the Congress Alliance. He was detained in 1960 and spent four months in prison without trial.

When the underground armed wing, Umkhonto we Sizwe was founded in 1961, Goldberg became a technical officer. In 1963 he was arrested at the Rivonia headquarters of their army. He was sentenced in 1964 at the end of the famous Rivonia Trial to four terms of life imprisonment. He was the only white member of Umkhonto we Sizwe to be arrested and sentenced in the Rivonia Trial to life imprisonment.

A Leading member of Congress of Democrats and political activist who was sentenced with Mandela and others to life imprisonment at the Rivonia Treason Trial. After his release he went into exile in London and returned to SA in 2002 to become a Member of Parliament, Special Adviser to Minister of Water Affairs and Forestry 2002-2006.

Denis Theodore Goldberg, an engineer by training, was born on 11 April 1933 in Cape Town, Cape Province (now Western Cape). He married Esme Bodenstein, who was born in Johannesburg, on 9 April 1954.

Bodenstein was also a political activist. She was subjected to solitary confinement under the 90 Day Detention Law in 1963 after Goldberg had been arrested and had escaped and been recaptured.

Goldberg was tried from June 1963 to October 1964 in the Pretoria Supreme Court along with Nelson Mandela, Govan Mbeki, Walter Sisulu and others in the Rivonia Trial. Goldberg was charged under the Sabotage and Suppression of Communism Acts for ‘campaigning to overthrow the Government by violent revolution and for assisting an armed invasion of the country by foreign troops’. The charge sheet contained 193 acts of sabotage allegedly carried out by persons recruited by the accused in their capacity as members of the High Command of uMkhonto we Sizwe.

When Mandela dies there will be more violence. As with past violence, it will be justified and excused by an extension of the jewish narrative, which paints Whites as stupid, crazy, evil oppressors, while painting non-Whites as noble victims and heroes. Guess whose side the jews are on?

Mandela learned Afrikaans. The reason, he told biographer Anthony Sampson, was so he could convert his captors, his torturers, his oppressors, to his cause — the cause of freedom.

Think of Moses living among the Egyptians, eventually being able to speak to Pharaoh.

In fact, Mandela was as close to the biblical Moses as we’ll see in our lifetime.

It is a well-known and well-promoted fact that this Moses carried on his struggle side-by-side with Jews. The e-mails zinging about trumpeting Mandela’s Jewish connections are as ubiquitous and self-congratulatory as those listing Jewish Nobel Prize winners. But the facts speak for themselves. It was a liberal Jew, Lazar Sidelsky, who took an interest in a young Mandela, gave him his first job as a law clerk and, in Mandela’s words, became his “first white friend.”

Anti-apartheid activist Arthur Goldreich pretended to own the farm near Johannesburg where the fugitive Mandela hid. Nadine Gordimer helped write Mandela’s speech at his Rivonia Trial, at which Mandela’s co-defendant, Denis Goldberg, was also sentenced to life in prison. Mandela’s defense attorneys were Jewish (then again, so was the state prosecutor). The list goes on.

“I found Jews to be more broadminded than most whites on issues of race and politics,” Mandela once wrote, “perhaps because they themselves have historically been victims of prejudice.”

In other words, the Jews who supported Mandela fought out of the same sense of empathy that animated him. Because you were slaves in Egypt turns out not to be just a line we say at Passover.

Was it more impressive that Jews, who could have lives of white privilege in apartheid South Africa, aligned themselves with Mandela, or that Mandela, who suffered deeply at the hands of the Afrikaners, sought to empathize with them? Either way, the same powerful force was at work.

Mandela as Moses – the role of the jewish narrative in justifying violence against Whites couldn’t be more explicit.

Note the importance of the dual nature of jewish identity, passing simultaneously as “white” and “victims”. The cognitive dissonance created by such a pose serves to mask, somewhat, the reality of jews seeing themselves as having common cause with non-Whites, joining with them to do violence against Whites, and celebrating the results.

12 thoughts on “Mandela and Friends”