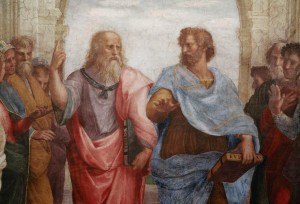 But the strength of the organism, even in crisis, is too great for a few intellectuals and their mobs to destroy it, and it goes its way. In the Western Civilization, the expansive tendency reached the point where by 1900, 18/20ths of the surface of the earth was controlled politically from Western capitals [by jews]. And this development merely brought an aggravation of the crisis, for this power-will of the West gradually awakened the slumbering masses of the outer world to political activity.

Before the inner war of classes had been liquidated, the outer war of races had begun. Annihilation-wars and World Wars, continuous internal strain in the form of unrelenting class-war, which regards outer war merely as a means of increasing its demands, the revolt of the colored races against the Western Civilization — these are the forms which this terrible crisis takes in the 20th century.

The peak of this long crisis exists now, in the period 1950-2000, and possibly in these very years will be decided forever the question whether the West is to fulfill its last life-phase. The proud Civilization which in 1900 was master of 18/2Oths of the earth’s surface, arrived at the point in 1945, after the suicidal Second World War, where it controlled no part whatever of the earth. World power for all great questions was decided in two outer capitals, Washington and Moscow. The smaller questions of provincial administration were left to the nations-become-colonies of the West, but in power-questions, the regimes based in Russia and America decided all.

The phrase “revolt of the colored races against the Western Civilization” evokes the theme of Lothrop Stoddard‘s The Rising Tide of Color Against White World-Supremacy (1920) and The Revolt Against Civilization (1922).

Yockey identified “the enemy” as “a few intellectuals and their mobs”. A bit further on he refers obliquely to the jews and other non-Whites:

Skipping farther ahead, to page 115, Yockey fleshes out the two conflicting outlooks in his typical form, as a series of Grand Dichotomies:

In complete contradiction to our instinct, feelings, and ideas, the 19th century sits leering upon the throne of Europe

The conflict is far-reaching; it affects every sphere of Life. Two ideas are opposed — not concepts or abstractions, but Ideas which were in the blood of men before they were formulated by the minds of men. The Resurgence of Authority stands opposed to the Rule of Money; Order to Social Chaos, Hierarchy to Equality, socio-economico-political Stability to constant Flux; glad assumption of Duties to whining for Rights; Socialism to Capitalism, ethically, economically, politically; the Rebirth of Religion to Materialism; Fertility to Sterility; the spirit of Heroism to the spirit of Trade; the principle of Responsibility to Parliamentarism; the idea of Polarity of Man and Woman to

Feminism; the idea of the individual task to the ideal of “happiness”; Discipline to Propaganda-compulsion; the higher unities of family, society, State to social atomism; Marriage to the Communistic ideal of free love; economic self-sufficiency to senseless trade as an end in itself; the inner imperative to Rationalism.

But the greatest opposition of all has not yet been named, the conflict which will take up all the others into itself. This is the battle of the Idea of the Unity of the West against the nationalism of the 19th century. Here stand opposed the ideas of Empire and petty-stateism, large-space thinking and political provincialism. Here find themselves opposed the miserable collection of yesterday-patriots and the custodians of the Future. The yesterday-nationalists are nothing but the puppets of the extra-European forces who conquer Europe by dividing it. To the enemies of Europe, there must be no rapprochement, no understanding, no union of the old units of Europe into a new unit, capable of carrying on 20th century politics.

As we see here, Yockey tended not only to think in polarized terms, but to anthropomorphize, imparting human-like agency to inhuman, inanimate, intangible concepts and abstractions. Rather than seeing Hierarchy and Equality, for example, as ideals given life and driven by man, Yockey argued as if they exist outside man and drive themselves.

Here, near the beginning of Yockey’s book, even before his critique of “liberalism”, he attacks Darwinism. Several of his arguments are simply wrong, and there are disturbing similarities to what anti-“racist”/anti-White critics of “social Darwinism” and “scientific racism” have argued.

Contra such criticism, my previous series of podcasts on Race and Genetics lays out the biological basis of race and a rough history of racial science.

The great foundations of the old outlook were Rationalism and Materialism. They will be completely examined in this work, but here it is proposed to treat only three thought-systems, Darwinism, Marxism, Freudianism, products of materialistic thought, all of which were the focus of great spiritual energy in the 19th century, and which, continuing to have a vogue in the early 20th century, contributed greatly to lead Europe into its present abyss.

The basic idea of Darwinism — evolution — is as little novel as the particular theories of the system. Evolution is the great central idea of the philosophy of the 19th century.

Darwin’s system has two aspects, of which only one is treated here, for only one was effective. This was Darwinism as a popular philosophy.

I discussed “Darwinism as a popular philosophy” and Herbert Spencer in Race and Genetics – Part 2 and Part 3.

The system shows its provenance as a product of the Age of Criticism in its teleological assumptions. Evolution has purpose — the purpose of producing man, civilized man, English man — in the last analysis, Darwinians. It is anthropomorphic — the “aim of evolution” is not to produce bacilli, but humanity.

This is the kind of argument that the race-denying jew Stephen Gould used to make.

3 thoughts on “Yockey on Culture and Race – Part 4”